They're all at it.

Dear, oh dear, as Malcolm’s approval rating sinks by the day, and the eight-week campaign starts to look like a possibly fatal error, the right are going ever so slightly off the rails. There was a whole crop of crazy, which there is no point going through, except for low blows and shits ‘n’ giggles, as the whole squad falls apart. So let’s get started …

On the same page, there’s some hot-take political advice from Chris Kenny. Turnbull, having thoroughly turned people off himself with this epic campaign, should threaten another election immediately:

“He must … force the Senate to recognise his mandate or face the voters again. The turmoil and expense of early elections are not attractive but this must be the only way to combat the new obstructionism infecting our politics. The constitutional mechanisms must be invoked.”

“Does anyone doubt Kevin Rudd would have won a double dissolution in February 2010 based on the rejection of his carbon pollution reduction scheme?”

“Would Abbott not have had his mandate renewed in March 2014 if he had taken Labor on over its failure to axe the carbon tax?”

How? Abbott got the vote from the crossbenches. The man doesn’t appear to understand what the trigger conditions are. He simply yearns for Turnbull to be the leader the right thought Abbott would be — a brinkman, not a poseur. It’s mad, but logical. The right have so little belief in themselves that they require a fresh transfusion of macho to get through it. And at the bottom of the page, Chris Mitchell’s appalling legacy column, surveying the week’s meeja — run so far down the page, if they could print it below the page-cut, they would.

On his blog, the Bolter grrrrrrs about Nick Xenophon’s”’hard-left” protectionism. Hard left? Xenophon’s Catholic centrist politics are channelling the DLP and B.A. Santamaria, who were protectionist from the start. The first thing that happened when the DLP lost power was that Gough Whitlam cut tariffs by 25%. Bolt appears to be trying to sell free-market social conservatism to his readers, along the model so successfully followed in the US by Ted Cruz.

Meanwhile in the AFR, John Roskam has a piece about free markets that is odd, wistful and very wrong. Wounded by accusations that capitalism isn’t moral, Roskam quotes approvingly … Peter Thiel, the crazed Ayn Rand-worshipping libertarian tech billionaire. “Build relationships,” Thiel urged, “you’ll get the best out of life by building durable friendships”. “That,” concludes Roskam, ‘is the essence of capitalism and free markets”. Well, no it bloody isn’t; the essence is the impersonal cash nexus.

Friendships may be A Good Thing, but they’re entirely incidental to its operation. As Hayek observed, the market will always be besieged by “atavistic” moralities, derived from earlier tribal societies. The market, by that account, is a moral system for impersonal life. Which was rather proved by Peter Thiel — who has spent millions anonymously backing a lawsuit against Gawker, in an attempt to bankrupt the publication, because it identified him as gay a few years back (Thiel was already out, but with little publicity). The virtue of selfishness, eh?

The weekend was rounded out by Gerard Henderson, squeezed into one corner of the white Insiders couch, like Benjamin Button left at child services. Gerard was not happy with these attacks on business by Labor and the Greens. “Even if they’re corrupt?” Barrie Cassidy asked. “Well, we’re not nearly as corrupt as most,” Henderson replied.

Yes, it’s far from the worst thing — especially if you’re the Sydney Institute (prop. G Henderson), which for years benefited from the generosity of insurance heavy Rodney Adler, until he became a guest of the NSW prison system in 2005.

Finally, Quadrant — the madness continues. The “rant for squares” continues to demonstrate one reason why it was defunded, with every third online article detailing how it was defunded. The latest takes a new angle: OzCo is defunding poor ole Les Murray, poet and poetry editor. Before anyone rattles the tin-wash dish, it’s  worth remembering that poor ole Les has scored something close to a million bucks in government grants, residencies, etc — all the while, like Quadrant, complaining about Marxist grant-givers, etc. No, I don’t think Quadrant should have been defunded. But Les won’t starve. We would have had to defund him years earlier for that. 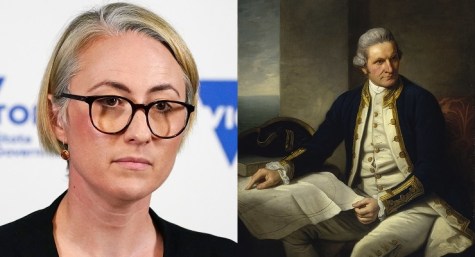 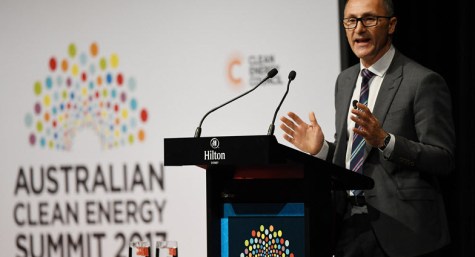 The Greens’ not-so-simple, essential mandate: save the Earth

Ha, the rational right would be a very small group of people.

I wonder if there are any out there, must be someone!

It’s because of loons like Chris Kenny that people no longer buy and read NewsCrap publications. Long may the Chris Kenny and his ilk keep working for the demise of NewCrap.

On Insighters Gerontius excelled himself, in bathos, when grumbling “there is no need for a R/C into banking, there is already too much regulation!”

Dobby the Malfoy/conservative house elf – on Insiders in his capacity as an Elliot Goblet sort of comic relief?

“The banks are doing such a sterling job – bound as they are by all these regulations, that are working so well” – it seems every other week one of them is having a turn at being called at “Perfidy Poker”?

Right wing commentators (i.e. Newscorp) have been going off the rails for a long time now.
Phillip Coorey (AFR) put it best recently when he wrote, “as usual, the group of conservative commentators who scramble like Spitfire pilots to defend the government every time it exposes itself to criticism, even when legitimate.”

His article on 20 May is well worth a read if you have AFR access. Link below
http://www.afr.com/opinion/columnists/the-coalitions-boat-comes-in-as-economy-message-drowns-20160519-gozafg

Seriously Angela, have any Murdoch opinionistas actually been ON the rails in the last 10 years or so?

Oh well done on the Adler connection to the little ferret Rundle.