Sisters doing it for themselves

This is perfect. Just perfect.

Two nuns have defaced election posters in what the Sex Party’s Fiona Patten describes as a “cowardly and unprovoked attack”.

Images of the defacement were tweeted by the Instagram account of hipster blog Brown Cardigan a few days ago, but the Sex Party only sent journalists a statement with the photos today.

The nuns are described as being from the “Mother Teresa order in inner city Melbourne”, that is, the Missionaries of Charity, and the photos appear to show two women in the characteristic habits ripping posters with “tax the church” and “legalise cannabis” on them. The “nuns”, if that’s what they are (we aren’t ruling out this being a stunt), have nothing against community media though. Another poster, to save community radio, was left undefiled.

In NSW in 2011, a church in Sydney’s Surry Hills demanded Sex Party posters be removed. They were being displayed outside the church, which was being used as a polling booth. The Sex Party called on churches to no longer be used as places of voting.

It seems the Missionaries of Charity are taking things into their own hands. We can only hope this escalates. 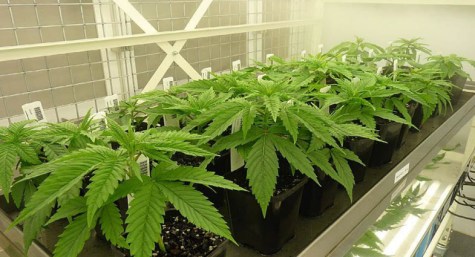