Seems Andrew Bolt isn't one for details. And other media tidbits of the day.

Anyone for tenuous? The Bolter showed some support for Roz Ward, suspended by a university for her ideas, after a Facebook posting about red flags blah blah was leaked.

But, aha, said Bolter, what about the Danish climate change contrarian who was blocked from a plum uni appointment by academics? Well, no comparison. The contrarian in question wasn’t employed, he was being dropped in without the usual procedures, paid for by a separate fund, a travesty of academic process.But the best part of it is, well, here’s Bolter:

“But wait. Where was this union when academics rallied to have Bjorn Borg banned from teaching because of his (entirely justified) views on the waste and ineffectiveness of programs to fight global warming?”

Nowhere, so far as we know. The ’70s tennis legend has not applied for a position. But it’s a less ridiculous position than the comparison of Ward and Bjorn Lomborg.

Stop press! As of Friday morning, Bjorn Borg had been corrected — to Bjorn “Limborg”. That’s either a pretty cheesy in-house joke, or the online subs at the Hun really, really hate Andrew Bolt

We will let Lomborg himself have the last word:

When all else fails, rebrand. Just when you thought the US$864 million bid by Gannett for Tribune Publishing couldn’t get any sillier, Tribune has gone and announced that it is changing its name to “Tronc” (a name it pretentiously writes in minuscule) and moving its stock exchange domicile from the New York Stock Exchange to the more tech-friendly Nasdaq.

Why? Well, Tribune’s chairman and biggest shareholder, Michael Ferro, reckons the company’s future lies in technology and will now aim to “deliver personalized and interactive experiences to its 60 million monthly users”. No mention of the people who actually read its papers, especially the two fading jewels, The LA Times and The Chicago Tribune.

The name change announcement happened around the same time as Tribune held its annual meeting, where, according to early figures, Gannett’s attempt to convince shareholders not to vote for the board’s re-election seems to have failed.

By the close of business, the final voting figures were not forthcoming from Tribune and its “inspector”. Gannett had earlier suggested there had been a strong protest vote, but Tribune rejected that claim.

Hours after the meeting, Gannett said it was reconsidering its US$864 million offer for Tribune Publishing. Gannett had called on investors to withhold support for Tribune-backed board members after management spurned the offer and criticised Gannett for undervaluing the company.

One thing is certain — if Gannett pulls its bid, the shares will slide very quickly to around US$7 to US$8 at best. They closed at US$11.10 overnight, well under the Gannett offer of US$15 a share. Investors reckon the bid won’t succeed. — Glenn Dyer

Video of the day. An election debate where no one can vote. Kid’s radio channel Kinderling Radio, in conjunction with children’s newspaper Crinkling News, had school-kids grill Barnaby Joyce, Larissa Waters and Amanda Rishworth this morning … 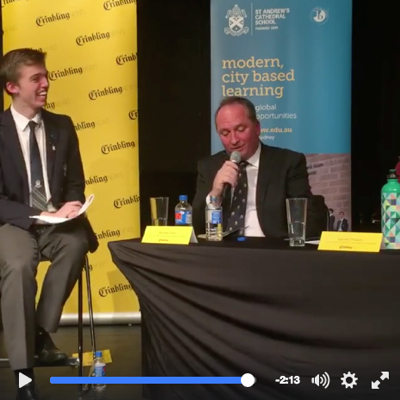 Front page of the day. The Big Issue turns 20 … 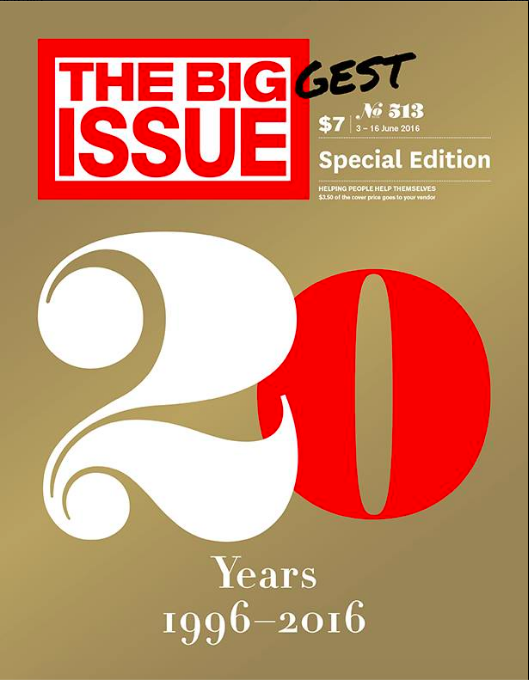 During his 4x weekly tongue baths with Poison Dwarf Price, both routinely declaim upon the double disillusion, renumeration and other perils of the rote ranting such as “free fax fresholds”.
Aphasia is a terrible.. ummm… antelope.

..sorry, that should have been “facts free freshly held”.

Blot – the Limited News “sage” who watches (presumably) Monty Python’s The Life of Brian and comes away thinking Brian was Christ? Hence “The Life of Brian is a film that mocks Christ as “just a naughty boy””?