The email has not been received well by staff.

La Trobe University’s vice-chancellor John Dewar has sent all staff an email regarding the suspension of Roz Ward, defending the university’s position and the Safe Schools program. Crikey understands it hasn’t gone down well with staff:

“La Trobe University has commenced a serious misconduct process with one of its employees. This process has been made public by other parties, including the NTEU, and has now become the subject of considerable public commentary.

La Trobe University confirms that it is following the disciplinary procedures described in s77 of the Collective Agreement negotiated and agreed with the NTEU. The agreement is available on our web site.

Our letter to the employee commencing this disciplinary process clearly states that the University has not made any determination and that no such determination will be made until the process in clause 77 has been followed.

We are following the steps outlined in the Collective Agreement and will continue to do so.

On Friday 27 May, when the University was first made aware of the circumstances of this case, we released the following statement:
‘While the University respects academic freedom and the importance of free speech, we are concerned about the impact these comments could have on the good standing of our researchers in this field and the University takes this very seriously.’

La Trobe University confirms we have full faith in the quality and integrity of the work being conducted by the Australian Research Centre into Sex, Health and Society (ARCSHS). The Research Centre has been undertaking research for 25 years and is recognised and respected internationally as a leader in this area. Last year, ARCSHS research was rated five out of five (well above world standard) in the ARC’s Excellence in Research of Australia process.

This research underpins the important work of the Safe Schools Program, which we fully support. The program helps support young Victorians who are subject to schoolyard bullying and abuse due to their sexual preference, and who are consequently at greater risk of self-harm and suicide.

On the application of Academic Freedom, La Trobe University confirms that it values independent thought and academic freedom. These values are enshrined in our Collective Agreement at clause 9.2, which clearly encourages staff to talk freely in their area of expertise and knowledge. 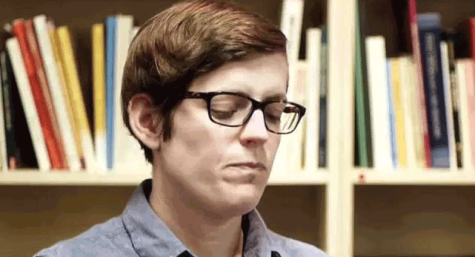