Will people vote for the ABC? ABC Friends is upping the pressure on the Coalition's marginal seats.

Most voters say the economy, health and a fair taxation system are the most important issues in deciding their vote. But viewer lobby ABC Friends is trying to raise the profile of another issue this election — funding to the ABC.

It plans to release 10 or so videos on social media, and to conduct targeted campaigns in marginal seats in favour of any candidate who’ll pledge to restore the ABC’s funding.

Given the Liberals’ record on cutting the ABC — Tony Abbott tried to neutralise the issue last election by saying there’d be no cuts to the ABC or SBS but Aunty’s budget is $100 million a year less now than it was in 2013 — one wouldn’t think they’d get support from ABC Friends. So far, Labor has announced $21 million over four years for women’s sport. So one presumes the campaign would favour Labor and the Greens, even though Labor’s latest pledge doesn’t replace the lost funding.

The first ad does not tell people who to vote for. Rather, it considers a dystopian future where Kerry O’Brien is forced to host cooking shows, Leigh Sales is kicked off the ABC’s version of Survivor, and Four Corners hasn’t aired for years. But it doesn’t tell people how to vote. 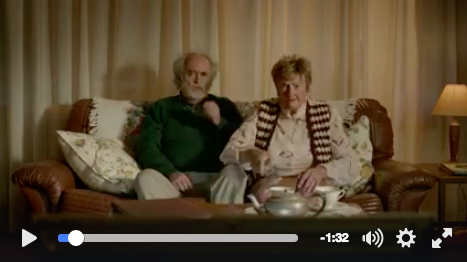 The seats the group plans target are Page, Richmond, Dobell, Banks, Paterson, Eden-Monaro, Macquarie, Lindsay, Macarthur, Robertson, New England, Corangamite, Deakin, La Trobe, Indi, Petrie, Capricornia, Brisbane, Bonner, Fairfax, Lyons, Braddon, Bass, Cowan, Perth, Hindmarsh, Wakefield and Solomon. All are on margins of less than 5% (apart from New England, which they say was chosen for its profile and to showcase regional ABC issues), and most are held by Liberals.

“Although ABC funding hasn’t raised an eyebrow so far this election, we’re throwing everything we have at changing public opinion because we see this as a crucial election for the national broadcaster,” said ABC Friends’ Ranald Macdonald, who’s a former editor-in-chief of The Age. If the government is returned, the group fears “the spectres of advertising or sell-offs”.