Who are Miranda Devine's anxious Greek mums? ... the actor for Goldstein ... won't someone challenge Chris Bowen? ...

Deidre Chambers, what a coincidence! Everyone’s favourite columnist Miranda Devine had a piece yesterday referencing a so-called “group of mothers” from Sydney’s Greek community who have set up a Facebook page decrying Safe Schools under the title “You’re Teaching Our Children What?”. So scared of reprisals, they’re asking to stay anonymous, Devine tells us.

In the article, she says that people like Jeff Kennett should have googled Safe Schools before getting involved in the program, but we did a few searches of our own on the You’re Teaching Our Children What?, and found that the site has a very similar IP address to the Australian Christian Lobby’s own website, shares the same name servers, same registrar and same small Canberra-based hosting company.

The registrant of the concerned mothers’ site is “Billy Borthwycke”. A name that doesn’t yield any Google results other than being associated with this website.

Surely it’s just a coincidence that a site for concerned mothers just happens to share all these things in common with the Australian Christian Lobby, a group that has been devoted to stopping teaching kids about LGBTI issues for years. Surely!

A spokesperson for the ACL did not respond by deadline.

Looking for candidates. For the less fortunate voters who reside in a safe seat, getting some face time with your local candidates can be a little difficult. In the case of shadow treasurer Chris Bowen’s seat of McMahon, the Liberal Party is yet to even find someone who is willing to put their name on the ballot paper — and the deadline for nominating approaches quickly.

Meanwile, a voter in the safe seat of Goldstein tells us she has seen not a single corflute for either the Liberals’ Tim Wilson or any other candidate in the seat, which has been Liberal since its founding, so she did some digging to find out who was standing for Labor. The candidate is a young man by the name of Matthew Coote, who happens to be an actor.

His website lists a number of roles on Australian television and in advertising, but it seems he doesn’t always bear the straitlaced look of a hopeful politician: 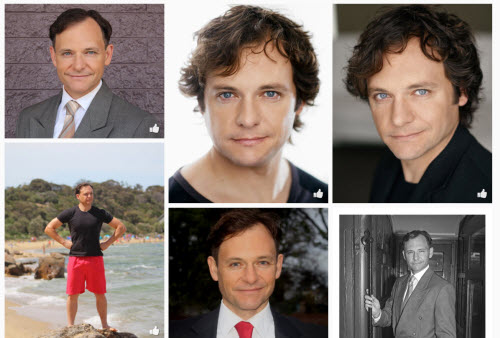 We wonder if the Labor Party was so disheartened by Freedom Boy’s seemingly insurmountable lead that they hired an actor to pretend to run? And maybe the Libs should be searching through IMDB, not the rank and file, to find someone to challenge (or play the role of challenging) Chris Bowen?

Do as I say. For someone who had been campaigning against a program based on its author and links on a website, you would think Liberal right-wing Senator Cory Bernardi would be more careful about what he links to.

Yesterday Bernardi tweeted a link to an article that he said was “particularly relevant to many Twitter users”. The link was to an article by “neo-masculinist” blogger Roosh V (Daryush Valizadeh) railing against so-called “social justice warriors” — a term used by right-wingers as a slight against people they disagree with. Valizadeh was not granted a visa to visit Australia for a tour of Australia and cancelled his events after comments on his blog, where he appeared to endorse rape on private property, surfaced.

After tweeting the link, Bernardi tweeted saying that just because he linked to Valizadeh, he didn’t necessarily endorse Valizadeh’s views.

“They are getting 12-year-olds and sending them to websites, encouraging them to bypass school filters to access websites which link to third-party websites which deliberately encourage them to enter into bondage parties or to visit sex stores. And these people opposite are in denial about it. The author of the Safe Schools program is an avowed Marxist.”

What day is it? Feel like Groundhog Day? It does at The Age — the front page of the paper gets the date right, but we are doomed to repeat Wednesday:

You stay independent, go your own way.

More Feeney trouble. We reported earlier this week that Labor’s David Feeney had got himself into yet another spot of bother over his spruiking of a $500,000 grant to the Maharishi School in Reservoir, a private school with fewer than 50 students that is currently under investigation. A tipster tells us that Feeney’s connection with the school actually goes way back:

“There’s a further twist to this. The Maharishi school was for years run out of the old Loyola seminary in Watsonia, owned by the Grollo family. Patriarch Bruno Grollo had become a keen follower of Maharishi yoga, and urged everyone to practice transcendental meditation. The Grollos gave generously to the Natural Law Party, an outfit which ran candidates in every lower house seat in the 1996 election (the Natural Law foundation is the holding body for the school). But the Grollos also had good relations with the union movement, and Labor – and one of the architects of Progressive Business for Labor, a donations-funnelling group established in the 1990s was … David Feeney.”

Is there a specific herbicide for astroturf?
Someone ask OneHand, he’s probably been innoculated.