Some nanny state institutions need to focus on their own health problems before trying to control everyone else's -- as St Vincent's in Sydney shows.

It was an astonishing attack not merely on free speech but on basic freedoms — a demand to extend the draconian Sydney lockout laws that have inflicted major economic damage on Sydney business nationwide and target a group of businesses with punitive measures.

The Catholic not-for-profit organisation that runs St Vincent’s hospitals in Sydney and Melbourne issued a series of demands to political parties on Tuesday, in effect calling for the nationwide imposition of the Baird government’s inner-Sydney lockout laws, which have shuttered inner-city venues and turned the streets of Sydney into a ghost town late at night.

Not content with that, St Vincent’s wants to end all sporting-related alcohol advertising on free-to-air television, taxes to increase the price of alcohol to deter consumption and rules to ban or close liquor stores. If implemented, the proposals would represent the most savage attack on basic rights in a generation and the greatest nanny state intervention ever seen in Australia, extending from free speech to planning laws, taxation and controls on business. It would cause thousands of hospitality workers, arts and recreation industry workers and taxi and Uber drivers to lose jobs or income and close hundreds of business across the country when, as St Vincent’s itself admits, alcohol consumption has fallen markedly in recent years, as has binge drinking among young people.

So too has violence in Sydney, as well, which fell dramatically in the years leading up to the Coalition government’s lockout laws, imposed as a result of an hysterical and deceitful campaign by Fairfax and News Corp. Doctors at St Vincent’s in Sydney were prominent in their support for this campaign.

But let’s look a little closer at St Vincent’s and see how entitled it is to attempt to control the rest of the country.

But worse than finance is its safety performance. Its bloodstream infection rate is just under twice as high as the average of its peers: 2.32 infections per 10,000 bed days of patient care compared to an average of 1.28 among its peers. In comparison, RPA is below its peer average, Westmead slightly higher (1.49), Prince of Wales slightly higher (1.39); Sutherland is just on its peer average, St George just above (1.44), while Royal North Shore is below average. Indeed, St Vincent’s Sydney had the third-highest infection rate of any hospital covered by the myhospitals dataset in the whole country, and the highest major hospital infection rate

St Vincent’s in Melbourne isn’t too flash either. Its infection rate is 1.47 — certainly better than St Vincent’s Sydney, but above Royal Melbourne (1.35), Footscray (1.31) and well above the Alfred (1.13) — in fact it’s the third-highest in Victoria.

That’s before we get to one of the most serious medical scandals of recent years, the underdosing of scores of chemotherapy patients at St Vincent’s in Sydney between 2012 and 2015 and St Vincent’s repeated, misleading statements to the public about the scandal and its handling of it — including an astonishing failure to tell victims, most of whom found out about their mistreatment via the media. St Vincent’s was forced to apologise for the debacle, and the full number of victims and the death toll from the underdosing is still not known.

St Vincent’s in Sydney is one of the least efficient and least safe major hospitals in Sydney, which presided over a disgraceful scandal involving scores of victims that it subsequently lied about. And yet it feels able to demand that the rest of community comply with its diktats on free speech, taxation and business restrictions. Perhaps it should concentrate on getting its own house in order first before lecturing others. 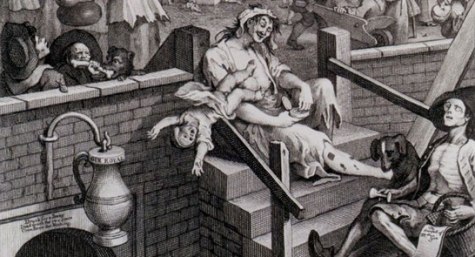 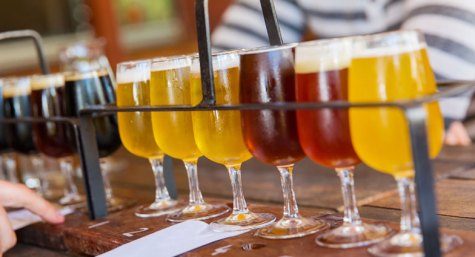 Sorry, nanny statists, alcohol is good for you

I know this particular issue is one of your pet hates Bernard, but seriously mate, shooting the messenger really is a low brow method of arguing your point.

Also, over-dramatising the economic effects of the lock-out laws is ridiculous. Yes, yes, we are an economy but we are also a society, and it’s way past time when we should be acknowledging the biggest drug problem we’ve got in this country is alcohol and its availability is a major factor of that problem – obviously.

Teecha – you expressed my thoughts exactly.

It’s a bunch of interesting comparison, but also a good example of ‘argumentum ad hominem’

Hey Bernard Keane, you can do better than this.
1. It’s a non-sequitur to say St Vincent’s Health shouldn’t comment on public health matters because their hospitals are less efficient and have a higher septicaemia rate.
2. Branding the restrictions on the advertising of an unhealthy product “nanny stating” is naïve. You ignore the corporate nanny that tells us to consume more alcohol. Alcohol advertising either increases consumption or it’s a waste of money. Limiting advertising doesn’t limit availability.
Fair enough to raise concerns about their calls to limit trading hours because they do limit our freedoms. And also be reasonable to ask about whether their views are theological or epidemiological. But frankly I won’t be losing sleep about limiting the rights of powerful corporations to influence the drinking behaviour of the population.

Bernard,
Are you able to provide information on how the casemix of St Vincents differs from its peer hospitals and whether that might be an unmeasured confounder on the rate of bloodstream infections?
Or, indeed if the hospital that is a major Sydney heart-lung transplant surgery may have higher costs of operations because transplants cost a bit?
Or how a hospital with such marked inefficiency performs significantly better for urgent and semi-urgent elective surgery waiting times that its peer hospitals?

Trent:
You are spot on regarding the Bloodstream infection rates: they are proportional to the number and type of immunocompromised patients, not the mean or median for all hospitals.

This is BK’s personal demon talking.

Influenced by, but not proportional to.

Believe me, I’m pretty well across just how meaningless BK’s piece of amazing gotcha jernlisms is – I’ve got quite a bit of relevant content knowledge: https://blog.yarwood.id.au/about/

Bernard,
How is this different from News Corp ad hominem attack journalism ?
Are you auditioning for a job with Rupert ?

Agreed. The validity of St Vincent’s message is utterly unrelated to their own behaviour and it is a complete non-sequitur to bring up the latter in commenting on the former. Remember the treatment of Duncan Storrer, Bernard? Grundle had a brief, albeit rather ironic, piece on it (https://www.crikey.com.au/2016/05/13/news-goes-people-like-duncan/). Was Storrer’s message on Q&A wrong because of who he turned out to be?

Dave – BK seems to go through spasms when he tries to wriggle under the mudorc’s bar, despearately waving his CV.
The question is, why?
He seems to be our very own King James I & VI, “the wisest fool in Christendom”.