Spies everywhere ... so much for the tough cop ... is Rockpool closing down? ...

Beautiful one day, train wreck the next. While the federal election campaign may be tedious, state politics in Queensland is never boring. Shadow attorney-general Ian Walker held a press conference yesterday where he demanded the Labor government be held to account for a nine-month-long police investigation and three-month-long independent evidentiary review that resulted in no charges being laid against Labor backbencher Rick Williams over decade-old allegations of business impropriety and sexual harassment.

It started off well but fell over once it became clear Walker didn’t understand the doctrine of the separation of powers. You can read the full and agonising transcript here:

The ABC reports that Williams is reportedly seeking legal advice against the LNP as a result of the press conference.

This is not the first time a Queensland conservative MP has stumbled over the separation of powers. In a 1989 interview for the 7.30 Report, journalist Quentin Dempster famously asked recently deposed Queensland premier Joh Bjelke-Petersen to explain the doctrine of the separation of powers. Bjelke-Petersen wasn’t able to answer the question, and neither was Russell Cooper, the man who rolled Bjelke-Petersen in a National Party leadership spill and lost the election to the Labor Party a mere 73 days later.

Superannuation smoke and mirrors. Keep your eyes peeled for a report likely to appear in the financial sections of newspapers over the next few days for a report from superannuation research outfit Chant West that suggests industry super funds have been exaggerating their returns over bank-owned retail funds. Crikey understands that the report, which will be released on Monday, claims that the difference between industry super funds and retail super funds (most of which are owned by the big four banks or AMP) has been exaggerated — readers might recall those “compare the pair” ads. But industry sources say it doesn’t include commissions paid to financial advisers as part of its methodology, thus boosting the standing of the banks’ super funds, and is off-kilter with the way other super ratings agencies measure returns. So who paid for the report? We’ll have to wait and see.

Pea and thimble tricks on ASX. Remember the “tough cop on the beat”? The one Malcolm Turnbull and Scott Morrison reckon can do the job to keep those naughty banks on the straight and narrow? Well, take a look at this and wonder just how tough ASIC (and the ASX) actually are.

Patties Foods, the Four n’ Twenty Pie company, received a private equity offer on Monday (it leaked to the Financial Review on Sunday, actually) at $1.65 a share. That is well and good. Patties shares had traded at $1.33 last Friday. The shares rose 23% from a low of $1.08 on April 13, all without a query from regulators. And it couldn’t have been the market boosting Patties’ shares — it was only up around 9% in the same time.

And yet after Spotless fell 10% last Thursday, the ASX whips in a please explain (despite a 3.8% rise on Friday). So, what was the more mysterious: that 23% rise in Patties shares over six weeks, or a 10% fall in a day? Both market moves seem odd, but only Spotless was worthy of a query. And yet Patties’ steady advance culminated in the highest share price for more than three years in the shape of the private equity offer. So much for the tough cop on the beat (see ASIC, or the Market Plod/Poodle). And these are not the only odd market moves in the past month or so. Remember the trading in APN News and Media shares ahead of it announcing in early May the hiving off of its NZ media interests and possible combination with Fairfax Media’s Kiwi assets (and $180 million capital raising)?

Transparent NBN. One of the defences NBN has used in arguing why leaked documents from the company are bad and the AFP should be allowed to raid Labor HQ is that the company is very transparent and publishes so much information on the state of the rollout. Not for much longer. The ACCC has released a change in NBN’s special access undertaking — the rules that govern the NBN rollout — that is supposed to allow it to roll out Turnbull’s “multi-technology mix” version, but also reduces the number of times the company will be required to report to the public.

While NBN will still do weekly progress updates for everyone, it will no longer publish its one-year construction plans every quarter, and its three-year construction plans will now only be published once a year, and will only be made available to internet service providers. NBN has justified this by using its long-running excuse for hiding information that is deemed “commercial-in-confidence”. Perhaps the plans will be the next ones to be leaked?

Global HQ ain’t moving, but the Mothership is. Ms Tips had a momentary shudder this morning upon reading in The Australian this morning that Rockpool’s closure was due at the end of the month.

“Our motivations to close Rockpool and open Eleven Bridge [at Bridge Street Sydney] are varied but the most significant is that we have two Rockpool restaurants in close proximity (referring to Rockpool Bar & Grill) and we have at least 100 guests turn up to the wrong one every month,” Rockpool’s Neil Perry told the Oz’s John Lethlean. Instead, the new eatery at Eleven Bridge would move away from the “traditional concept of fine dining”, with a more affordable menu.

Naturally, Crikey’s (non-existent) expenses budget has never covered trips to Sydney’s finer dining districts, but we in the bunker have enjoyed living vicariously through the Fin’s Rear Window segment, which mentions Rockpool so often it’s dubbed it Global HQ. It can seem like no Sydney business figure worth their salt dines anywhere else. According to former Rear Window (now Margin Call) scribe Will Glasgow, yesterday there was no less weighty a clientele than Maurice Newman dining with Mark Scott, former Qantas exec Simon Hickey with current exec Olivia Wirth (with husband Paul Howes making an appearance), and Southern Cross Austereo exec Guy Dobson with Rove McManus. The closure of Rockpool would surely put a big dent in Rear Window’s coverage.

We asked Rear Window’s Joe Aston how he was taking the news. “Everyone should remain calm”, he told us — Global HQ is actually Rockpool Bar & Grill at the corner of Hunter and Bligh Streets, and so would remain unscathed (the original Rockpool, which is closing and relocating with a new name and menu but the same chef, is referred to at Rear Window as “the Mothership”).

“The Australian (Financial Review) way of life will continue. And I’ll be having a word to my cousins at Good Food about their scaremongering!” 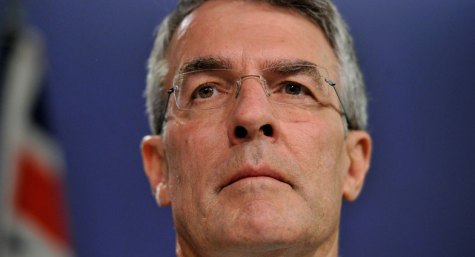 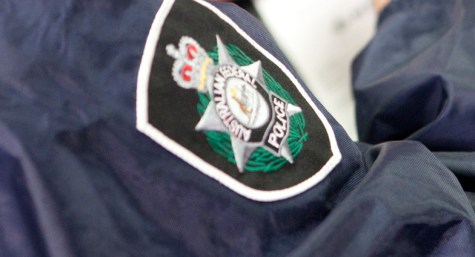 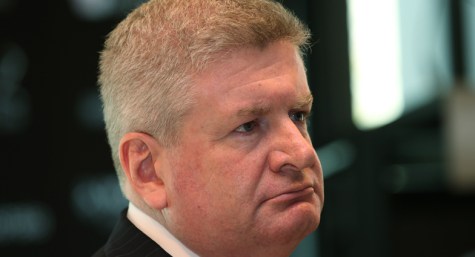 To be fair to Walker he is a creature of the vestigial remains of the Bjelke-Petersen government – dreaming of the ‘return of that golden error’ – where the separation of power was “something about AC/DC?”?
Just 17 months ago as government = Carmody; Levy; Sibelco; Melior; “rezoning” high tide areas?