Jonathan Holmes says he has been boned from The Age.

Holmes “boned”. A loss to the nation’s media junkies today, with Age columnist and former Media Watch host Jonathan Holmes taking to Twitter to say today’s column in the Age will be his last.

He says he tried to say this to his readers in print, but the line was cut from his copy. In a series of tweets he wrote:

“The Age dumped its excellent comment editor Sushi Das 2 weeks ago. In 3 years she never cut a line from one of my columns. This week I was asked for 900 words and supplied them. But this is the last par that they dumped: ‘I said a year ago in this space that Australia is on the way to creating a secret police. This I’m told is to be my last column for Fairfax Media. But here, or elsewhere, I’ll try to keep tabs on our ever-diminishing freedoms. We all should’.

“Thanks to all who have said nice things. Apparently I may be invited to contribute to The Age from time to time. We’ll see”.

Later, Holmes noted that the par was cut online but not in the print edition. “Maybe just a mistake,” he wrote.

Holmes is one of a number of freelance contributors who’ve been told their columns have been axed due to cost-cutting at Fairfax. Dozens of staff have also taken redundancies, as the company seeks to save millions from the operating costs of its papers. — Myriam Robin

It gets messier. The battle in the media between sacked 60 Minutes producer Stephen Rice, his Sydney lawyer, John Laxon, and the Nine Network over Rice’s dismissal last Friday kicked off in the Daily Telegraph this morning with a double-barrel blast at the network.

The Tele story, by Nick Tabakoff, who used to work at A Current Affair, was based on leaked emails and started:

“The two most senior staff at 60 Minutes and a Nine Network legal counsel knew significant details of the plan to abduct Brisbane mother Sally Faulkner’s two children on the streets of Beirut months before it took place, internal Nine emails reveal.

“The emails from January this year — including two from current 60 Minutes executive producer Kirsty Thomson to both former executive producer Tom Malone and sacked producer Stephen Rice on January 18, and another by Rice to an in-house lawyer one day later — outlined detailed discussions of a plan to snatch the children.

“The abduction plan was initially scheduled for late February, but ultimately took place in April.”

The emails were between Stephen Rice, Kirsty Thomson (60 Minutes’ current EP), Tom Malone (Thomson’s predecessor — he was chief of staff of the program under Malone) and an in-house Nine lawyer.

The Telegraph story confirms that the story idea (which led to the Beirut kidnap attempt) originated from another Nine program, Inside Story, which suggested the payment, according to the Tele.

“Malone and Rice were told by Thomson on January 18 that Inside Story had already proposed a detailed payment plan for ‘$115,000’, with $69,000 paid upfront, for ‘CARI to snatch the kids, escape via water (jet-skis) to a boat and then on to Cyprus’. Just four days after her email was sent, $69,000 was paid on behalf of Nine into [child recovery agent Adam] Whittington’s bank account.”

All part of the strategy. Five hours after Crikey published our pieces yesterday on the yesterday on the Australian media’s content and advertising agreements with the Chinese press — featuring a heavy dose of criticism from Professor John Fitzgerald on the silence over the deals — Fairfax’s China correspondent, Philip Wen, had an extensive piece on the Fairfax websites about the deals.

Wen asked publishing director Allen Williams whether Fairfax’s financial situation had pushed it into these kind of arrangements. Williams replied:

“Look, the reality today is that it’s not being driven by our financial position, this is an opportunity that has come along where we’re getting revenue from a printing job, and the margins in it are like any normal printing job we would do.”

“Liu’s visit was noteworthy. A party official with no government title, Liu is one of the most powerful Party cadres outside the seven-strong Politburo Standing Committee. His arrival marked the first visit to Australia by a Party Propaganda Bureau chief …

“Since the 2008 Beijing Olympics, China has implemented a ‘going global’ strategy, including a hefty push for Chinese state media to go abroad. Taking to heart Joseph Nye’s argument that soft power is ‘about whose story wins (not whose army wins)’, the Party has tasked the external branch of the Propaganda Bureau with the mission to ‘tell the world China’s story.’

“At home the Propaganda Bureau’s primary task is to tell China’s media what can’t be published. Every day it issues a list of forbidden current affairs topics to guide all media operations. The Panama Papers was recently among them. It polices some topics to ensure they never receive favourable mention, including freedom of the press, universal values, civil society, civil liberties, and so on. These prohibitions apply to its overseas publications placed in prestige media outlets such as the Fairfax press. Overseas, the Propaganda Bureau plays an additional role in ensuring that whatever is published burnishes a glowing image of China and its rightful place in the world.

“As far as the Chinese side is concerned, deals such as this are not about commercial opportunity. They are about using propaganda to advance national strategy. China’s media experts have done their homework on the Australian media and found opportunities to exploit the financial vulnerability of the mainstream private media market.”

Greens Derangement Syndrome: part III. The Boy Bramston has an interesting article in Tuesday’s Oz, which further demonstrates the absolute inability to think straight about the Greens. Noting that both Labor’s David Feeney in Batman and Albo in Grayndler may be gone — I think the assessment is unduly pessimistic (for Labor), perhaps deliberately so — the Boy argues: “To Greens voters, the Labor brand is toxic. They have a protest vote mentality that defies reason.”

By “protest vote mentality”, the Boy means that Greens voters don’t conspire in his fantasy that Labor is still the Whitlam-Hawke-Keating party, unifying progressive forces. The Greens’ vote is growing precisely because it isn’t a protest vote anymore. The Greens voters of Northcote, Thornbury, etc (in Batman), are public servants, academics, consultants, media people, tech people. They know that they run the knowledge economy, and that they will eventually run the whole economy, and they want to vote for a party that will express the whole of their values, not merely a part of them. Their vote is growing not out of protests, but because they can see power within their grasp — both in a renewed control of the Senate crossbenches, and possibly as part of a crossbench in the lower house, should the result be close.

The Boy is equally blind to the appeal of Jim Casey, the Greens candidate in Grayndler, because of his remarks about the “end of capitalism”. Given that books with titles like PostCapitalism are bestsellers across the world at the moment, and that that radical outfit Goldman Sachs is contemplating “how it would survive in a post-capitalist world”, I’d say it’s something a lot of people — especially Greens and inner-city Labor voters — are thinking about. But people aren’t drawn to Casey because of stray remarks a few years ago. They’re drawn because he’s a worker, a firefighter, and a rank-and-file unionist. As much as Grayndler voters respect Albanese, they know he’s part of Labor professional politics. Casey is the sort of person who could have been a Labor candidate decades ago — but now, would never be able to fight his way through the uni cliques that form the Labor political caste.

Labor remains unable to think straight about the Greens. How much longer will they continue to waste not only resources but psychic energy on their agonised contemplation of their rivals? Until it has been definitively established that it has cost them an election, I guess. Why can’t they give up a few inner-city seats, move their social policy further to the centre, and take the fight to the suburbs where they should be? Because most of Labor’s leadership are, in their predilections and personality, more green and inner city than they are suburban. They have the same tastes and worldview as most of the Di Natale Greens 3.0, and they don’t really want to abandon the Whitlamite conception of Labor as the party of progressive reason. But their monopoly on that is long gone. Until they realise that and make some sort of accommodation – similar but not identical to the right’s accommodation of the Country Party in the 1920s, and as has just occurred in New Zealand — they’ll continue to defy reason. — Guy Rundle

Ad blockers a growing threat. Thanks to the very rapid take-up of the technology in China and India, mobile ad blocking is growing more quickly than predicted, threatening the fastest growing area of ad spend and the business models of Facebook, Twitter and Google.

A new report by PageFair, a provider of ad tech and analytics for publishers, reckons about 419 million (at the end of March) mobile phone owners were using ad blocking technology. The report was prepared in conjunction with app intelligence firm Priori Data. The report claims the use of mobile ad blocking rose 90% last year and is on the way to another surge this year. “There are twice as many mobile adblockers than desktop adblockers,:” PageFair said in its report.

But according to PageFair’s latest report, the 419 million figure represents 22% of the world’s 1.9 billion global smartphone users who are blocking ads. The report estimated that 408 million people were actively using mobile ad-blocking browsers (i.e., a mobile browser that blocks ads by default), as of March this year. There were 159 million users of mobile ad-blocking browsers in China, 122 million in India, and 38 million in Indonesia, as of March 2016. Ad blocking on mobiles was not as widespread in Europe and North America, where the report found that there were 14 million monthly active users of mobile ad blocking browsers, as of March this year.

That means in-app ads on platforms such as Spotify, Apple News, and CNN are now vulnerable to ad blocking, along with “suggested” content on Facebook.

Ad blocking is now a huge threat to all mobile channels. “Failure to address user concerns about mobile advertising in North America and Europe will lead to the same kind of widespread ad block usage that we are seeing in the Asia Pacific region,” according to Sean Blanchfield, CEO and co-founder of PageFair. And Australia did not feature in the report. — Glenn Dyer

Front page of the day. Annie Leibovitz does the Queen … 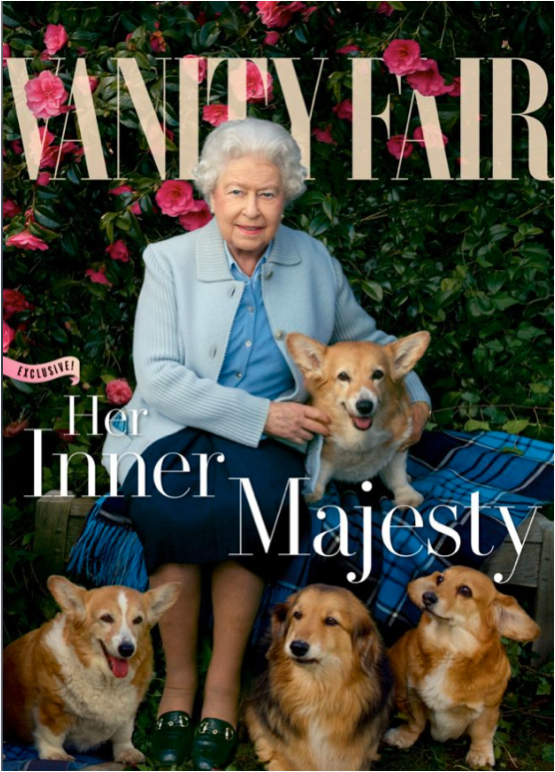 If there’s any justice the Queen’s edition of Vanity Fair will walk off the shelves – just to prove in order to sell magazines it’s not necessary to have a 20-year old blonde air-brushed in a swimsuit on every issue’s cover.

Guy Rundle…give it a rest.
I do NOT subscribe to Crikey to be told every bloody day how wonderful the Greens are.
You are just sooooo biased…your articles/comments on this issue are boring!!!