The Boy Bramston has an interesting article in Tuesday’s Oz, which further demonstrates the absolute inability to think straight about the Greens. Noting that both Labor’s David Feeney in Batman and Albo in Grayndler may be gone — I think the assessment is unduly pessimistic (for Labor), perhaps deliberately so — the Boy argues: “To Greens voters, the Labor brand is toxic. They have a protest vote mentality that defies reason.”

By “protest vote mentality”, the Boy means that Greens voters don’t conspire in his fantasy that Labor is still the Whitlam-Hawke-Keating party, unifying progressive forces. The Greens’ vote is growing precisely because it isn’t a protest vote anymore. The Greens voters of Northcote, Thornbury, etc (in Batman), are public servants, academics, consultants, media people, tech people. They know that they run the knowledge economy, and that they will eventually run the whole economy, and they want to vote for a party that will express the whole of their values, not merely a part of them. Their vote is growing not out of protests, but because they can see power within their grasp — both in a renewed control of the Senate crossbenches, and possibly as part of a crossbench in the lower house, should the result be close.

The Boy is equally blind to the appeal of Jim Casey, the Greens candidate in Grayndler, because of his remarks about the “end of capitalism”. Given that books with titles like PostCapitalism are bestsellers across the world at the moment, and that that radical outfit Goldman Sachs is contemplating “how it would survive in a post-capitalist world”, I’d say it’s something a lot of people — especially Greens and inner-city Labor voters — are thinking about. But people aren’t drawn to Casey because of stray remarks a few years ago. They’re drawn because he’s a worker, a firefighter, and a rank-and-file unionist. As much as Grayndler voters respect Albanese, they know he’s part of Labor professional politics. Casey is the sort of person who could have been a Labor candidate decades ago — but now, would never be able to fight his way through the uni cliques that form the Labor political caste.

Labor remains unable to think straight about the Greens. How much longer will they continue to waste not only resources but psychic energy on their agonised contemplation of their rivals? Until it has been definitively established that it has cost them an election, I guess. Why can’t they give up a few inner-city seats, move their social policy further to the centre, and take the fight to the suburbs where they should be? Because most of Labor’s leadership are, in their predilections and personality, more green and inner city than they are suburban. They have the same tastes and worldview as most of the Di Natale Greens 3.0, and they don’t really want to abandon the Whitlamite conception of Labor as the party of progressive reason. But their monopoly on that is long gone. Until they realise that and make some sort of accommodation – similar but not identical to the right’s accommodation of the Country Party in the 1920s, and as has just occurred in New Zealand — they’ll continue to defy reason.

Dear Labor, please continue to treat us with contempt 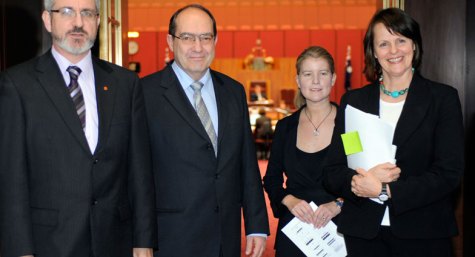 Rundle: will the Greens go the way of the Democrats? 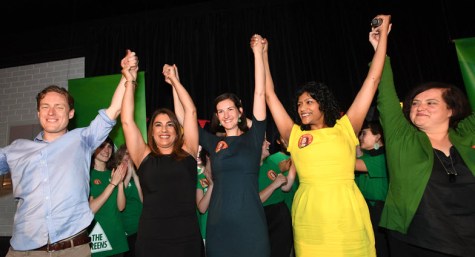 Rundle: Greens machine will roll on if Labor doesn’t pull its finger out