Traffic is dropping and it’s the election’s fault: Fairfax ed

This bloody election is forcing Fairfax to do more actual news and less "sexy Gandalf", and it's really hurting the media empire's traffic.

The election campaign is turning people off the news, Fairfax’s AM editor Liam Phillips told his newsrooms yesterday, in another sign that the lengthy campaign hasn’t yet made much traction with the public.

He wrote in his daily staff email:

“We are starting to see the first indications that the election campaign may be turning people off the news across the board.

“For all sites, figures were way down last week, which is compounding our already identified traffic drop on SMH.

“We had the slowest week since January 2015 for traffic overall, and video was the second slowest week this year

“Sharing of news was way down across the board, with no stories getting more than 20,000 shares across any masthead.

“Hopefully this turns around once people decide to engage with the campaign. Until then, I blame Mr Turnbull for subjecting us to this.”

The email was treated with dismay among some staffers, with one tipster telling Crikey that “many are questioning the clicks-driven morning strategy, which has seen serious news and investigations sidelined on the web in favour of ‘you’ll never guess’ reports of TV shows, seriously damaging the reputation of once-proud mastheads and scaring off subscribers”.

The tipster wondered how the email would have gone down in the Canberra bureau. Perhaps with this in mind, a few hours later Phillips sent out another email saying the traffic drop was “not a reflection of the great work the politics team has been doing covering the campaign, and the note was not supposed to imply this”.

“The guys have been doing a huge job turning out stories that have been generating some strong traffic — a real feat in the face of the campaign fatigue hitting our audience and the two leaders who are yet to inspire the electorate”.

If it weren’t for the cut-through of stories like this one on Lib candidate Chris Jermyn (149,755 views) and this one explaining Bill Shorten’s “spend-o-metre” comment (136,114 views), “our figures would be far, far worse without a doubt”.

Fairfax’s election traffic woes with the election are far from unique. The most transparent gauge of consumer interest in media stories is the daily ratings figures put out by Oztam about TV shows. They show voters had little interest in the debates — even the free-to-air debate on ABC TV didn’t rate that well. An earlier town hall with the two leaders got 54,200 viewers — which isn’t particularly good for Sky, despite its audience of politics junkies.

In print, the front pages can be a good indicator of what editors think will most garner reader interest. Barring gaffes and investigations, the election is well and truly off the front pages. In fact, it took only two days before most of Australia’s papers moved onto something else. 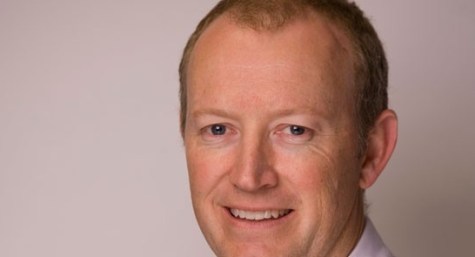 Fairfax in a nutshell. Will some bright spark there ever actually twig that their appalling coverage of politics and their falling readership are connected??

Not to mention the prose style of this yahoo “The guys have been doing a huge job.., pity about the girlies.
Perhaps they should be given their own section so as not to interfere with the grown-up stuff?

The Oz media coverage is even more lacklustre than the election itself (no small claim).

They may well need, as the preceding Poster suggests, a “bright spark”; but they seem unlikely to come across one in either the Crikey Commissariat or among its faithful devotees.

The downside of reduced exposure is the drop off of the “jobs and growth” drinking game… To explain…whenever a Malcolm Turnbull party member (after all it’s no longer the LNP coalition is it?) says “jobs and growth”, a drink is required.