No clear winner in the campaign, so leaders pick sides for battle of Maroons and Blues.

Bernard Keane, Crikey politics editor: Julie Bishop’s alleged super gaffe dominated coverage last night. There was no gaffe and the questions were unreasonable, but that’s politics. Bill Shorten and Labor didn’t have to do anything to win.

Dr John Hewson, former Liberal Party leader: Now into campaign proper. Spend-a-thon is well underway with both sides — both having given up on explaining where the money is to come from. As Bishop revealed yesterday, key ministers will now be tested on knowledge of all policies, which be difficult for some as some “policies” are “captain’s calls”. Look out for the old chestnuts — how much is a litre of milk, or a loaf of bread? No winner.

Ben Eltham, political correspondent for New Matilda: I thought it was a draw, no clear winner on either side. I think the SDA case loss is a problem for Shorten because that brings the focus back to industrial relations, which is not where he wants it to be. The government isn’t really doing a lot at the moment, they’re just going on with the “jobs and growth” message. It makes me wonder if they’ve got different polling in the marginals to the rest of us because they don’t seem to be worried, but looking at the national polling they should be a bit worried. I don’t think Turnbull has campaigned badly, he’s actually pulled his socks up, but he’s not putting any whizz-bang ideas out there. He just keeps things muddling along, which might work, but it’s a quite complacent strategy.

It’s business spending for the government today. They focused on helping start-ups by committing new funding to an old program. Labor is spending on the environment, with money for solar power on the agenda. 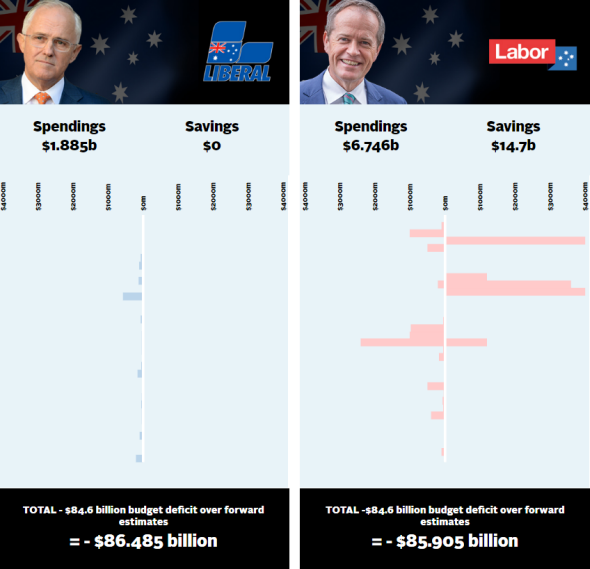 Malcolm Turnbull: The Prime Minister is back in sunny Queensland where he’s campaigning on jobs and growth in the seat of Brisbane to support retiring MP Teresa Gambaro’s nominated successor, Trevor Evans. He spoke at a business start-up forum where he spruiked his plans for the economy and small business if the government is returned. Outside, the crowd was more hostile; a group of union representatives protested about his internships policy while he made his way to his car. Turnbull had a great photo op when he met the team at local business, PetCloud. He got to pat Lilly the toy cavoodle which was so much cuter than kissing babies. Turnbull was given a Queensland Maroons jumper while on the campaign, but expect him to be wearing blue in support of his native New South Wales tonight for the Rugby League State of Origin opener. Of course, he’s well known for being so in touch with the common man when it comes to sport. We presume he actually knows the team names this time.

Bill Shorten: The Opposition Leader took to Brisbane this morning where he discussed Labor’s policy to boost jobs and protect the environment through renewable energy hubs. His first appearance was on ABC Radio in Brisbane where he copped some flack over Labor’s plan to support offshore processing of asylum seekers. Shorten also let slip some of the details about Labor’s NBN policy, which he clearly stated would have more fibre than the government’s plan but also suggested they wouldn’t reverse everything the government had done so far. He’ll be at tonight’s Rugby League State of Origin opening match, and like any good Victorian campaigning in Queensland, he’s backing the Maroons.

Richard Di Natale: The Greens will use today to push for a $100 million investment in a Solar Thermal plant in Port Augusta in a bid to move away from coal-fired power. A video of Richard Di Natale inspecting coral bleaching at the Great Barrier Reef has been a popular talking point for Greens supporters today.

Business as usual today: Turnbull has a solid lead over Shorten in most areas, while Richard Di Natale trails behind but still scores well on social media. 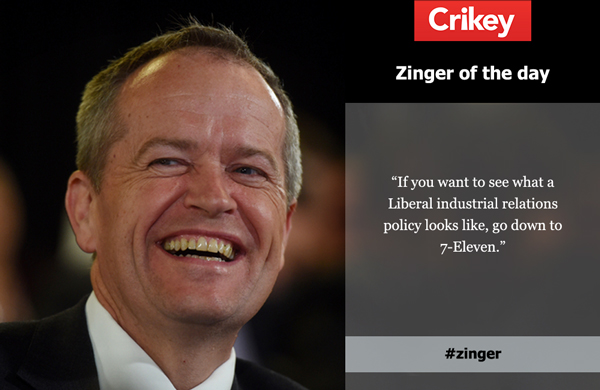 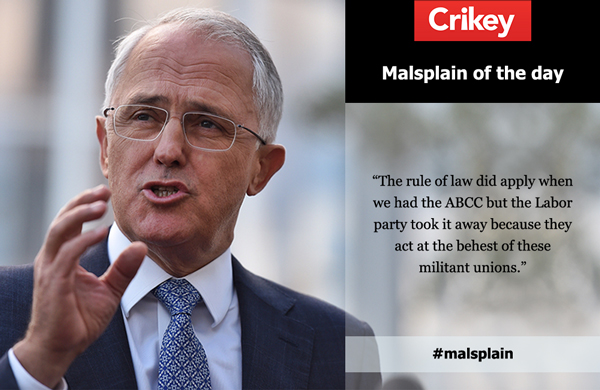 The fight for spots on the New South Wales Liberal Senate ticket has been finalised after Malcolm Turnbull is said to have intervened to ensure his ally Concetta Fierravanti-Wells wasn’t compromised in her re-election bid. She’s been given the No. 4 spot, which means means that autism activist Hollie Hughes is bumped to No. 6. Fierravanti-Wells confronted Tony Abbott in February last year when a potential challenge from Malcolm Turnbull was on the cards. She told Abbott that his relationship with chief of staff Peta Credlin was damaging and people believed they were sleeping together, she also later criticised his views on Islam. Preselection isn’t the only Senate headache for Turnbulll, who today conceded that achieving a majority in the upper house, supposedly one of the key reasons for having a double disillusion election, would be a miracle.

According to Nationals leader, Barnaby Joyce he’s still cherishing ambitions to be PM. Joyce said he believes Tony Abbott still wants to be prime minister, but will eventually realise that it can’t happen anymore. Assuming Tony gets past James Mathison on July 2, he just might be planning another tilt at the top job. If that’s true though, he wasn’t talking about it; he spent yesterday at the St Vincent de Paul Society Youth Reach Centre in Brookvale. His former chief of staff, Peta Credlin told Sky News that Joyce’s claims were “horseshit”.

It’s a super tough thing to get your head around, and apparently Julie Bishop isn’t the only one making blunders about this piece of policy. Greens Senator Sarah Hanson-Young actually suggested taxing superannuation at the same rate as income, without concessions for retirees, and effectively smashing the superannuation system. In short, as one astute tweeter put it, the Greens want to “Tax the crap out of your super”. Labor’s Mark Butler was so astonished by the claim that he couldn’t even manage to sound pleased by the gaffe, he almost sounded sorry for her. Hanson-Young later clarified that she was confused about the question.

In the wake of their recent injury crisis, Collingwood Football Club is rumoured to be looking to an unorthodox Queenslander to bolster their playing list. The Member for Griffith Terri Butler showed off her skills at the Coorparoo Blues footy club. No word yet on whether Butler would be interested in the move, negotiations between Bill Shorten and Eddie McGuire could prove difficult. Check out her skills, here. 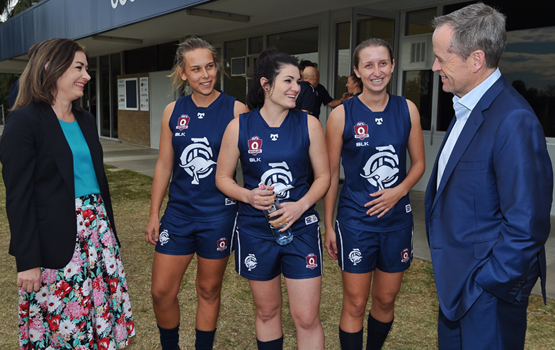 Both leaders spent the first day of winter in Queensland, probably trying to escape the cold. Shorten’s focus was environmental policy, he promised funding of new solar hubs, while Turnbull pushed the jobs and growth message to start-up businesses in Brisbane. The Greens want more solar power investment in South Australia, while their leader, Richard Di Natale continues to build a strong profile.