The man, in his own (very few) words.

If you are looking for a warts-and-all book about Bill Shorten’s role in the Rudd-Gillard-Rudd era or his role as the “Napoleon of factions”, the Labor leader’s pre-election autobiography is not for you.

Joining the ever-increasing ranks of the current crop of politicians to be published authors, Shorten has penned For the Common Good, released this month just before Malcolm Turnbull called the double dissolution election.

The book traces Shorten’s early life growing up in the suburbs of Melbourne, through to his work as a lawyer, into the unions and, ultimately, Parliament. It documents his influences, from his tough-as-nails father to his incredibly smart mother, his Jesuit upbringing to joining the Labor Party. Much of this is also covered in David Marr’s recently updated Quarterly Essay, Faction Man.

Shorten reveals something Marr did not, however. When attempting to join Labor in high school, Shorten was informed he had to attend an interview in school hours — something he could not do — so he didn’t join Labor until he finished school. Now, he notes, you can sign up to the party online, and in the time of his leadership, Labor’s membership has increased from 43,000 to 60,000.

The book often detours, fairly obviously, to flesh out current Labor Party policy or to drive home how he wants to be seen (at one point he goes on at length about how he was influenced by the Hawke and Keating style of government, something both sides of politics are only too keen to adopt now), or how the current government has failed in some key area.

He doesn’t shy away from his union past, despite the government’s attempts to savage his reputation due to his ties to the union movement with the Royal Commission into Trade Union Corruption. Shorten remains proud of his links to what he sees as an essential organisation, giving a voice to and empowering workers. Unions aren’t a third party separate from employers and employees, Shorten says; they’re the expression of the will of the workforce.

Shorten sets up for the kind of Australia he would want to create under a Shorten Labor government, covering health, education, housing affordability, a smarter nation, workplace arrangements and climate change.

On climate change, he admits the Labor policy in 2010 was not perfect, nor perfectly explained. Labor was “too focused on the mechanism” and should have called it an emissions trading scheme instead of a carbon tax.

What is missing, however, is Shorten’s role as a factional warlord in the Labor Party, the ShortCons in Victoria, his securing his seat in Parliament, and, ultimately, his role in the downfall of two Labor prime ministers in just five years.

Where Marr describes Shorten being appointed as the parliamentary secretary for disability and children’s services in 2007 in the Rudd government as an embarrassment for Shorten, the Labor leader is thankful for the opportunity to help develop what became a key legacy of the Labor government: The National Disability Insurance Scheme.

While Marr’s tome describes at length how Shorten has changed the entire factional arrangement in Victoria and consolidated his power within the Labor party, Shorten himself plays down the roles of the factions within the Labor Party. He admits that while factions give leaders the best possible chance to advance their policy agenda, his view has always been national interest first, party interest second, faction interest third:

“As Federal Leader, I don’t think factionally and I don’t attend faction meetings. I meet with the left and right … The Cold War propelled me to one side of the labour movement. That is long gone and I believe that ALP members shouldn’t have to belong to a faction to contribute to debate or progress in the party.”

In The Killing Season, Shorten is described as having a role in the downfall of Kevin Rudd in 2010. On that fateful night in June, Shorten was seen to stand up and leave many times mid-dinner at a Vietnamese restaurant in Canberra and was seen to be increasingly anxious. He reportedly said that if Julia Gillard didn’t challenge Rudd for the leadership, “we’re all fucked”.

Shorten’s own telling of it, however, is as though the decision had been made well before he’d decided:

“The decision to replace Kevin Rudd with Julia Gillard in June 2010 was spontaneous and supported by the overwhelming majority of Labor MPs. Most members of the Labor caucus were chafing under his leadership style. There was a deep wellspring of discontent; however it was not an organised change of leadership.”

Shorten says he had only formed a strong view in the days before June 23, and on the night itself, although he was seen pacing in the Vietnamese restaurant, the contest had already been decided.

When he switched back to Rudd for the 2013 leadership spill, Shorten said he had made the decision to make his switch known publicly to be open about it:

“I did not make this decision easily. It was the product of much thought, and I do not resile from it. I did it because I had a deeper obligation to Australia than any particular individual in the Labor Party.”

Switching back to Rudd was about saving the furniture, Shorten says, and made Labor competitive after 2013.

Gillard said in the days before Shorten had all but made it known to her that he was considering switching, and neither Gillard or Rudd had terse words for Shorten in their interviews with Ferguson for The Killing Season.

Like Gillard before him, Shorten’s biography is written with too much skin in the game, still. More so than Gillard, whose book was more about legacy protection and ensuring the viability of a future Labor government rather than burning bridges and getting her final revenge, Shorten’s book is part of an election platform; it’s not supposed to be controversial or get anyone offside. It’s designed to colour in the outline of the man who would be prime minister after July 2, and what he would intend to do for Australia.

The problem is, there still feels like there is much missing from the 169-page book. Any readers would be best to read Shorten’s book along with Marr’s Quarterly Essay about Shorten. 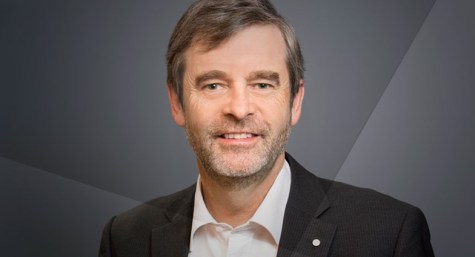 The more voters get to know Shorten, the less they like him

So, “Labor… should have called it an emissions trading scheme instead of a carbon tax”. To please whom?

A carbon tax taxes a “bad”, encouraging sinners to choose more innocent energy sources. An emissions trading scheme is fundamentally improper. It gives all carbon emitters a right to continue their crime, and if money changes hands, a right to do worse.

I think that even a carbon tax is weak gruel – I would rather have a tax on all energy input, as in the mellifluous ABARE phrase ‘elaborate transformation’ on raw materials.
It would prohibit no item, just contribute to the true cost. The less energy intensive ones life, the less tax one pays.
Simples.

You should have pointed out Joshua (since Shorten failed to do so) thyat the number of nominal ALP members may have jumped, but their ability to affect decisions made by Union Power brokers such as Bill has plummeted.
I know that’s not in line with the Crikey Commissariat’s dictates; but just once why not take a daring step?