Mayne: what James Mathison needs to do to topple Tony Abbott

Former Australian Idol host James Mathison garnered valuable publicity through the weekend when he gave an exclusive eight-minute, two-camera interview to MTV announcing an independent tilt against Tony Abbott in Warringah. Even Andrew Bolt took a crack at him.

Warringah is shaping up to be one of the biggest fields in this election, which is not surprising given the former prime minister is such a polarising figure. There are already eight declared candidates, and nominations don’t close for another 10 days.

Only New England has a bigger field so far with 10 candidates already declared, providing a few complications in the Barnaby Joyce-Tony Windsor battle.

The challenge for Mathison will be convincing electors he is more than just a celebrity candidate and running a serious campaign. Pitching at the progressive youth vote on climate change and gay marriage in a conservative elderly electorate won’t go a long way.

So, with just 33 days to go until voting closes, what does Mathison need to do?

Firstly, you need to get nominated — and that’s not as easy as it sounds with independent candidates lumbered with the task of finding 100 electors from within the seat to sign the 19-page nomination form, including disclosure of their home address, middle name, date of birth and signature.

Accountant and Bolt tackler David Barrow is also running against Abbott on a Nick Xenophon-style single-issue platform for marriage equality. He said the 100 signatures took about 15 hours to gather. Ideally, this is something which should be done with the assistance of volunteers.

For the registered parties, the whole thing can be done centrally by the registered officer. This is the first of many barriers Mathison will encounter as an independent candidate without the support of a party machine.

The next is the $1000 nomination fee, which only gets refunded if you receive more than 4% of the primary vote. Once again, this is designed to block new entrants — the majority of minor party and independent candidates do not top 4% so they lose their deposit along with the right to receive $2.70 per vote in public funding.

If Mathison does crack 4% that’s $10,000 from the taxpayer. But the tricky piece is working out whether to spend that in advance. And, of course, the more you spend, the more likely you’ll crack 4%. The launch publicity and use of crowdfunding through Pozible should generate at least $50,000 to create some momentum.

There were seven candidates in the Warringah field in 2013, but four of them missed out on public funding

Abbott’s 2013 primary vote of 60.89% will no doubt come off. The stretch target for James and everyone else should be to push it below 50% for the first in time in nine elections. Seats don’t come much safer than Sydney’s North Shore; Warringah has delivered a primary vote of more than 50% for the conservative candidate every election since it was created in 1922.

But it isn’t good enough just being a recognisable name. Austen Tayshus ran against Abbott for the Sex Party in 2010 and polled just 2.44%, despite having the benefit of the donkey vote in a small field of five candidates. Perhaps he shouldn’t have run under his real name of Alexander Gutnam.

As the comprehensive Wikipedia page shows, only eight independents have run against Abbott over his previous eight runs at Warringah. Two of these cracked the 4% threshold. The record is much worse for minor party candidates — 20 of them failed to reach 4%.

The Greens have done it six times, the Democrats twice and even Robyn Spencer from Australians Against Further Immigration managed 13.54% in the 1994 byelection when Abbott entered Parliament, although Labor didn’t stand a candidate. Its candidate at the earlier 1993 election was ABC presenter Steve Cannane, back in his student days.

Mathison should be aiming for Abbott to cop the biggest swing of any incumbent Liberal MP in Australia, which would be a good argument for why Malcolm Turnbull should not bring him back into cabinet.

However, Abbott’s machine will be hard to overcome.

The unfair postal voting system, plus Abbott’s big annual taxpayer-funded printing allowance, will be two of the biggest obstacles Mathison faces, although Abbott has been a bit slack growing his postal voting machine over the past nine elections.

His best mate in Parliament, Kevin Andrews, had built postals in Menzies to 10,414 by his ninth election in 2013, yet Abbott only managed 4180 postals three years ago. Both topped 70% of the two-party preferred votes from postals, reflecting Liberal loyalty amongst older voters.

As Mathison is about to discover, he won’t even be given a copy of the voter roll in Warringah until June 10, leaving him little time to organise any targeted direct mail before early voting starts on June 14 and the postals start pouring in.

It costs more than $50,000 to mail every household in the electorate, so the cheaper way home is to get hoards of volunteers delivering leaflets. However, votes are best won meeting people face to face or calling them directly.

Those same volunteers need to back up on polling day where it will take more than 100 helpers to cover all 40-plus Warringah booths from 8am until 6pm.

Despite a great start this weekend, breaking through the mainstream media focus on the big parties is another big challenge. He should also work hard to generate coverage in the local papers and ensure he participates in every candidates debate, especially given that his opening MTV interview was so expertly executed. 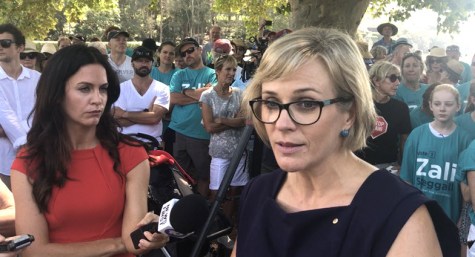 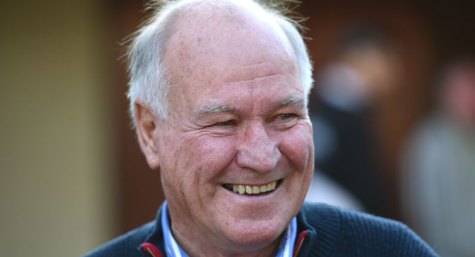 No wonder Abbott is swanning around the country electioneering for other folk, I thought western Sydney voters were the ones who needed an education but it turns out that the northern ones are worse.

Mathison’s timing could have been better ie: if he’d announced intent to run a week earlier he would’ve had time to urge young first-time voters to register on the electoral roll. After 23 May it was too late to fully capitalise on the youth support he seeks.
In my dreams he defeats Abbott.