The next senator for the NT will be …

The new all-but-elected senator to replace Nova Peris will be a captain’s pick by Bill Shorten.

Late this afternoon the administrative committee of the Northern Territory Labor Party will send a list of candidates for the plum position of NT senator off to Labor’s national executive committee following the close of nominations at 5pm Darwin time. Just who will be on that list is unknown, but the locals will vet the candidates and assess their suitability to fill the position.

Top of that list will be four Aboriginal women, all (relatively) well qualified for the gig. As I noted earlier this week, Labor will hold to its affirmative action policy and choose an Aboriginal woman, but — because time prevents the application of the usual preselection process — the urgency rule will be invoked and the final selection will fall to Labor’s national executive, though they will try at least to present the final candidate as a local choice.

Two on that list will — should, for mine — fall away for reasons locked into their past. The two remaining candidates are all but equals in a compelling contest, and the national executive will send its choice back up to Darwin for announcement — perhaps as early as Saturday but most likely early next week so that Labor can have a candidate on the ground and running. And make no mistake; the new all-but-elected senator will be a captain’s pick by Bill Shorten. Shorten will want a candidate whom he can sell to the party and the electorate, with whom he can work and who will be able to carry the substantial workload required of a territory senator.

As ever, Labor’s factions will play a key role in the selection process, and both the left and right factions have their preferred candidate. Whether local factional alignment and preference will have much of an influence over the final decision by the national executive remains to be seen.

No official list of nominated candidates has been published as yet, and the full list won’t be known until later today, but working from media reports and contacts four candidates will be put up for consideration.

Marion Scrymgour was for a year or so the most powerful Aboriginal woman in any Australian Parliament during her 11-year tenure as the member for Arafura in the NT Legislative Assembly, holding the office of deputy chief minister from late 2007 to early 2009. Scrymgour resigned from Labor in June 2009, citing concerns about Labor’s remote indigenous policies in a move that threw Paul Henderson’s government into chaos. Sitting as an independent, Scrymgour held the balance of power in the Assembly until rejoining Labor in August 2009 following the defection of Allison Anderson. Scrymgour retired at the 2012 election, when Arafura was won by the Country Liberal Party’s Francis Xavier Kurrupuwu. Since leaving Parliament Scrymgour has worked in remote health and service delivery.

Malarndirri McCarthy was elected to the NT Legislative Assembly for the safe Labor seat of Arnhem following the retirement of Jack Ah-Kit in 2005 after an extensive career in radio and TV journalism. Like Marion Scrymgour, McCarthy crossed the floor in 2006 in protest at the expansion of the McArthur River mine near her home country at Borroloola. At the 2012 NT general election she was defeated by Country Liberal Party candidate Larisa Lee. McCarthy has lived outside of the Territory for the past several years and has worked as a television journalist for the SBS/NITV alliance.

Rightly or wrongly, in addition to the betrayal — albeit with sound reasons — of fundamental loyalty to the Labor Party by McCarthy in crossing the floor, both Scrymgour and McCarthy are marked down by many in local Labor circles for their perceived contributions to Labor’s defeat at the 2012 Territory elections. McCarthy because she “lost the unloseable seat” of Arnhem through an apparent failure to work her electorate, Scrymgour because she is seen by some as having failed to ensure that her seat was secure enough to be passed on to the incoming Labor candidate, Dean Rioli.

Whether Scrymgour has attracted any factional alliance or support is unclear, but McCarthy is the left faction’s candidate of choice.

The right faction has swung behind Ursula Raymond, most recently the chief of staff for retiring Senator Nova Peris and an associate producer for Darwin’s annual Garrmalang Festival. Raymond is strongly favoured by the federal member for Lingiari, Warren Snowdon, and is a close friend of Snowdon’s wife, Elizabeth. Also counting in Raymond’s favour is her performance during what has reportedly been a difficult past few months in Peris’ office. Counting against Raymond is her perceived lack of involvement in Labor Party affairs and that she is relatively unknown outside of inner-suburban Darwin.

As I noted earlier this week, an outsider who has come late to the field is Denise Bowden. Bowden hasn’t attracted much factional support within Territory Labor or much attention by the media but is very well-connected outside of Darwin and down south, particularly through her role as CEO of the Yothu Yindi Foundation and  in running the annual Garma Festival in north-east Arnhem Land. Bowden is held in high regard by a number of powerful influencers in indigenous policy and business circles and is well-connected in community and grass-roots circles across the Top End.

Who’ll get the gig?

If the luvvies of the left prevail Malarndirri McCarthy will be successful.

The consensus candidate — seen by many as the “least-worst” choice and boosted by the support of the powerful right faction and Warren Snowdon — is Ursula Raymond.

The outsider — and for mine entering the home straight with a wet sail — is Denise Bowden.

As I’ve said before, I’m happy to be proven wrong …

Over to you, Captain Bill.

*This article was originally published at Northern Myth 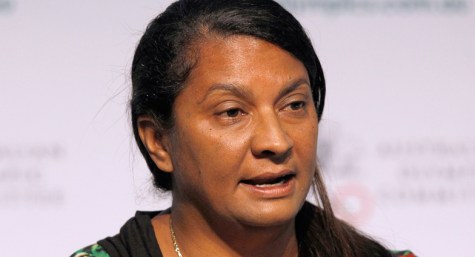 Not local, not Labor, not preselected: NT bags Peris parachute

The entire process is as big a farce as Nova’s original enthronement. If one may borrow a famous Politician’s best line,
“It’s Time” you ran a quality article exposing the Power Brokers of all varieties who concentrate on little more than ensuring they maintain control of sharing important lurks and perks among themselves and their camp followers.