It'd be fine for business to lecture the rest of us about public policy if they weren't busy trashing billions in shareholder wealth. Bernard Keane and Glenn Dyer write.

On a day when the business community treated us to one of its standard demands for “reform”, we had a glimpse of something the old blokes in suits would prefer to keep quiet about: their managerial incompetence.

Yesterday, the Australian Chamber of Commerce and Industry, which is a lobby group of business lobby groups, gave us one those “calls for reform” so heavily ritualised that it might as well be kabuki. Dropped to a national newspaper beforehand, slapped with a lazy, glib title (“Top 10 in 10”), unveiled at a swanky Sydney launch, accompanied by a cliche-laden media release — and composed of exactly the same demands the 50 other business community “plans” of the last decade have been composed of: company tax cuts and industrial relations deregulation so workers’ wages and conditions can be slashed — oops, we mean “allowing employers and employees to negotiate workplace arrangements that best meet their needs”.

The views of successful businessmen and women are of course always welcome in public policy. It’s just that successful ones have gotten harder to find in the past 18 months. Business conditions have deteriorated, of course — there’s been the lack of confidence engendered by the Abbott government, a slump in global oil and gas prices and the slowing of Chinese economic growth. But we’ve also seen poor management and costly over-investment in iron ore, LNG (the comedy of the three multibillion-dollar plants at Gladstone in central Queensland sitting side by side and their associated pipeline networks snaking across southern and central Queensland), coal, oil and in takeovers.

And these are on top of the tens of billions of losses and write-downs forced on companies from Woodside to Santos (remember when the Coalition and the AFR as one attacked divestment in Santos, right before its share price fell off a cliff?), BHP Billiton, Rio Tinto, Atlas Iron, Glencore, Peabody Energy and a host of smaller companies in the oil, gas and coal sectors in the past two years, not to mention the end of Linc Energy.

These companies have been run and chaired by some of the most vocal people in Australian business — think of the campaigns against the mining tax, demands for industrial relations reform, wage cuts (remember Gina Rinehart lauding Africans for being willing to work for $2 a day?), the end of penalty rates. But while they were lecturing the rest of us, they forgot that commodity prices are volatile and can catch companies, boards and managements unawares.

Given their predilection for lecturing the rest of us on good management, how has this lot performed lately? Yesterday, Wesfarmers revealed write-downs and redundancy costs of close to $2.3 billion. Up to $800 million of that was taken against the assets and value of the Curragh coal mining operations in central Queensland. Now, fair play — the Curragh mine is a bit of a holdover from a decade ago when Wesfarmers was a diversified industrial company with only a small retailing presence (Bunnings). Wesfarmers also has coal mining interests in the Hunter Valley – an involvement that should have really ended a few years ago when silly money was being paid for coal mines. These are fossil fuel millstones around Wesfarmers’ balance sheet. But the most stunning part of the Wesfarmers announcement was the impairment of up to $1.3 billion taken against the goodwill value of its miss-rather-than-hit Target department store chain. Two years ago, Wesfarmers wrote $680 million off the value of Target’s goodwill — meaning the book value of the chain is now zero.

The recent scandal at Target was the last straw for management at Wesfarmers, who are going to merge Target into Kmart in a new business to be overseen by Kmart CEO Guy Russo, and book a lazy $145 million in “restructuring costs and provisions” associated with Target, which is expected to lose $50 million before interest, tax and one-off costs this year due to high seasonal clearance activity and lower gross margins (in other words, price cutting as the chain tries to get rid of unwanted stock). Hundreds of staff have already been sacked in and around Geelong.

Wesfarmers isn’t alone in doing this: in February, rival Woolworths took $3.25 billion ($1.898 billion net) in charges against its stuttering Masters hardware business. On top of that, its Big W chain is wobbly, and more write-downs are likely as new management at the chain clean out unwanted staff, stores and stock.

That means the total impairments between Woolies and Wesfarmers for the year to June 30 will be over $5.6 billion. Excluding Curragh, it will be around $4.8 billion. Add in the value of the collapse of Dick Smith — around $400 million to $500 million — and the losses overseen by some of the top retailing leaders in this country is over $5 billion. How can retailers lose more than $5 billion of shareholder wealth in asset impairments, failed stockmarket floats or badly thought-out expansions — a figure that dwarfs any of the atrocities alleged to have been created by the CFMEU and other unions?

Of course, one of the challenges facing retailing has been that the dramatic, indeed historic, slowing of wages growth over the last two years has hurt retail sales growth — despite the housing boom. So what’s the prescription to fix this lack of wages growth of groups like the Business Council and ACCI? Well, that would be industrial relations deregulation to enable lower wages and cuts to penalty rates …

At the very least, these characters could get their own houses in order before lecturing the rest of us. 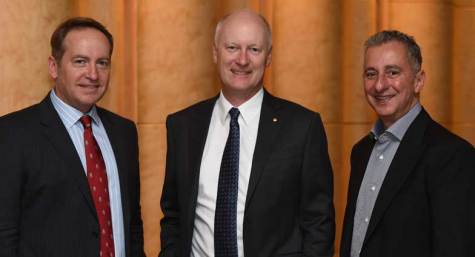 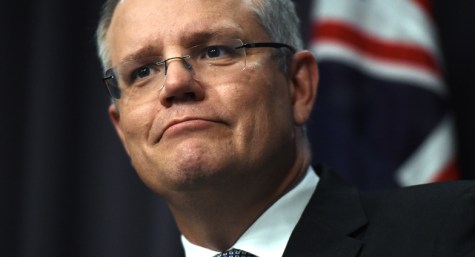 Treasurer, here’s a new recruit to the ranks of the taxed-nots

It is all about management incentives. Management receives bonuses for big increases in turnover or profit, so they plan for that – and in hard times fall very flat.
Notice how Lindt chocolate cycles from full price to half price several times a year and has been doing so for perhaps 5 years. No learning curve there?

Finding the Crikey talking about “Business takes time out from write-downs to lecture the rest of us” might be funny if it weren’t for the damage done routinely by the Crikey Commissariat and its Censorship Policies.

Bernard & Glenn would have been approving of a Robert Gordon Menzies [remember him], who would not be known to the Twitface generation, he had something to do with the Liberal Party- he maintained that governments should take business with a grain of salt when designing policies.

But I thought that’s what we plebs were here for – to pay for the mistakes of Captains of Industry?
…. A GFC anyone?

The demarcation line that traditionally exists between political, corporate elites and the general populace continues to harden and deepen.

It is increasingly apparent that transparency/accountability to Electorates is the least desirable option now employed by politicians, banks et al in their dealings with customers, voters and shareholders. Misuse or loss of public monies/shareholder investment in multiple millions/billions is not at all a problem. Having to publicly explain, acquit, reveal or accept responsibility has become an anathema.