Guess who’s coming to dinner? Tony and Peta leave together, after a riotous evening

What happens when you put Tony Abbott, Peta Credlin, Tony Jones, Darren Goodsir and Gillian Triggs in a room together with unlimited wine?

Melbourne University Publishing’s Louise Adler is Australia’s foremost publisher of political books and, as a result, she has one of the best contact books in the country. The MUP dinner is always one of the highlights of the Sydney Writers’ Festival, as she likes to mix politicians with journalists, writers and broadcasters. Add a few vats of the red infuriator, and they usually turn into riotous affairs.

This year’s dinner, held last Saturday night, was no exception. Seated around a long, U-shaped table at in the bottom room of Sailor’s Thai in The Rocks area were the purveyors of a cacophony of opinions, including ABC TV’s Marian Wilkinson, Peter McEvoy and Deborah Whitmont, News Corp’s Paul Kelly, ABC Radio’s Mark Colvin and Richard Fidler, The Sydney Morning Herald editor-in-chief Darren Goodsir and editor Judith Whelan, the Australian Financial Review’s Laura Tingle and the youngest and savviest member of the tribe, BuzzFeed’s Mark Di Stefano.

It was the power grouping in the middle of the table, however, that caught my eye. At the epicentre, seated opposite each other, were Tony Abbott and Peta Credlin. Next to them were Adler, Q&A host Tony Jones, Four Corners’ Sarah Ferguson and the Human Rights Commissioner, Gillian Triggs. I watched Triggs, the consummate professional, nod politely at Credlin’s conversations. The former chief of staff, meantime, laughingly batted away Adler’s suggestions that she was there as a future author for MUP, saying she had no intention of writing a book.

Louise made a speech of welcome, followed by a short one from Tony — do all ex-prime ministers automatically assume that everyone wants to hear from them? He was certainly in a good mood, expansive and cheerful, shouting happily above the din.

MUP likes to mix things up at their dinners, and between courses, we were encouraged to move around. After a while, I noticed that Whelan was seated next to Abbott. A trained eavesdropper, I could make out that he was berating her, blaming the media for his failure as a prime minister, in particular Fairfax and the ABC. But what really galled me was that Goodsir was in the room. So, Abbott, faced with the choice of starting an argument with the obvious target — the more senior man — or picking on a woman, took the latter path. Whelan is no shrinking violet and needs no protector. However, I felt that she did not deserve to go to a social function on a Saturday night and be bullied and harangued by a man who should know (and behave) better.

And if Abbott and the rest of the “del-cons” still firmly believe that the reason he lost the prime ministership was his bad media coverage, then he truly does need a dose of reality.

We carried on — does any group of journalists need an excuse to drink Other People’s Wine? — and by 11pm people started to leave. At 11.30pm Abbott got up to go, giving us a cheery salutation, “so these are the serious drinkers! Well, good night.” We waved goodbye and 10 seconds later Credlin got up and followed him out.

That afternoon I had moderated a panel at the festival on leadership, which included Kelly, Sky News’ Peter van Onselen and News Corp’s Niki Savva. In her book The Road to Ruin, an expose of the co-dependent relationship of Abbott and Credlin, Savva interviews politician Connie Fierravanti-Wells. The NSW Senator told Savva that she had had a heart to-heart conversation with Credlin: “One day Tony is going to be sitting on a park bench in Manly feeding the pigeons and he is going to blame you,” Fierravanti-Wells reportedly told Credlin. 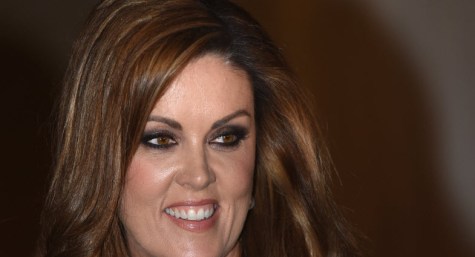 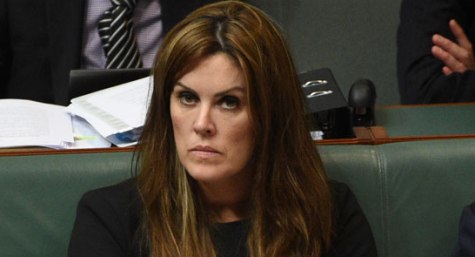 Utterly delicious.
(I just hope the wine was as good as the floorshow.)

Such an unlikeable twosome.

Does anyone know how to train killer pigeons?

great comments, thanks everyone!