Poor Quadrant. Can't catch a break. Plus other media tidbits of the day.

For the Herald Sun’s sins. In today’s Age, this letter … 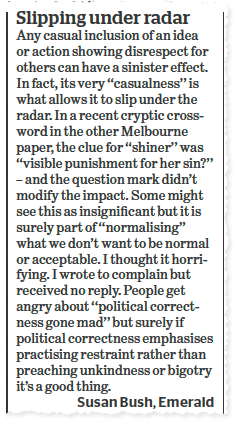 “Recent” might be overstating the case a bit. The cryptic crossword, Crikey has been told, ran in the Herald Sun on September 23 2015. — Myriam Robin

Poor old Quadrant! They can’t take a trick these days. Editor-in-chief and former advocate of LSD and peasant revolution Keith Windschuttle had a borderline rational rant about the Australia Council’s leftist revenge, after Quadrant lost the last of its OzCo funding — along with leftist magazine Meanjin, leftish youth theatre company ARENA and other groups — in the recent four-year funding awards. That wasn’t enough, and Q decided to “name and shame” the gatekeepers doling out the cash. Sadly, they got the wrong gatekeepers, naming at least one assessor who had nothing to do with the four-year funding decision. In a groveling front-page correction — “Steered wrong” — Quadrant noted that they’d removed the article. Is it ever so slightly possible that the magazine lost its gumment funding because of this sort of thing — that among the poetry and short stories it had become a batshit crazy spite slum? That is entirely possible. — Guy Rundle

Maiden sentenced. If you were wondering, Sunday Tele political editor Sam Maiden was sentenced for that drink driving charge yesterday. She can’t drive for seven months and copped a $1000 fine. More on the ABC, the Goulburn Post or the Daily Mail. We couldn’t find anything about it in the News Corp press though …

The Good Wife lives on. CBS has confirmed that there is life after free to air or cable TV for legendary TV series or their spin offs. Network chairman Les Moonves has confirmed a straight-to-series order to a Good Wife spin-off project, starring Christine Baranski, which will be shown on CBS All Access, the network’s streaming video service. The spin off will be CBS’ second new streaming series after the remake of Star Trek, which launches next January.

According to CBS, Baranski will reprise her role as top attorney Diane Lockhart and will be joined by one or two other characters from the most recent series. US TV critics point out that the slapping of The Good Wife, Alicia Florrick (Julianna Margulies) by Lockhart in the final scene of the finale will help set up the new series. Ten will be happy — it is presently repeating Star Trek on its ONE digital channel and was screening The Good Wife on Wednesday nights. — Glenn Dyer

Front page of the day. It’s there, under all that hair spray … 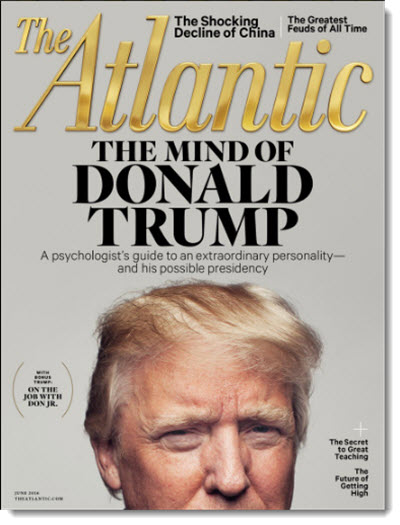 Come on – the cryptic clue doesnt work if its “his sin”.