Of all the houses, in all the streets, you had to walk into mine.

Former Liberal MP Dennis Jensen has had a week of ups and downs, according to a rumour on Perth’s 6PR radio station. According to the program’s Rumour File segment, Jensen, who is now running as an independent for the seat of Tangney, got engaged to his partner Trudy Hoad over the weekend, and she has been helping him with the campaign effort. The Liberals dumped Jensen after it was revealed that he had pitched a supposedly “racy” novel to publishers using his parliamentary letterhead. Passages of the book were also published, leading to a landslide of votes against him from Liberal preselectors. This hasn’t blunted Jensen’s enthusiasm for serving the people of Tangney in WA, doorknocking for his campaign effort to run as an independent. According to 6PR, Jensen and Hoad knocked on one particular door and got through five minutes of their spiel until the lady of the house let them know exactly who she was: the wife of Ben Morton, the former Liberal Party state director who beat Jensen in preselection for the seat. According to the email, they “picked up their campaign materials and scurried for the road”.

The other preselection in the West 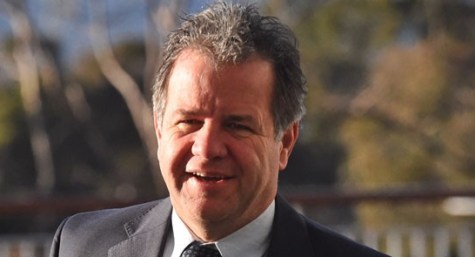