Finns det hjarterum, sa finns det stjarterum. Ms Tips is sad to tell readers that, as of this year, watching Eurovision for the geopolitics got a bit harder. The contest made the decision of splitting the voting presentation into two parts. The first, and more extensive, presentation was the votes of the national juries — judging panels comprised of professional musicians and media personalities in each country, who give out half of its votes. The more popular people’s votes were still counted, but not split out in the presentation. Instead, once the national jury presentations were done, the hosts tallied up all the popular votes and awarded them in blocs to particular countries.

It made for highly suspenseful television — Australia’s act (Dami Im) was in front by a mile in the jury votes but was trumped by both Russia and Ukraine for the people’s votes, pushing us to second place. The highest scorers on the public votes were a heart-wrenching song by the Ukrainian winning act by Jamala about Russian imperialism (specifically, Joseph Stalin’s deportation of 240,000 Crimean Tatars in 1944) and Russia’s technically impressive act by pop star Sergey Lazarev, a critic of Putin who was the bookie’s favourite in the lead-up to the grand final.

The presenters of the jury votes, one from each country, were, as always, amusingly over-the-top. But our favourite presentation came from Sweden’s otherwise demure Gina Dirawi, who said:

That sounds rather dirty, so Ms Tips turned to the office’s Swedish speakers (we, oddly, have two of those in the bunker) to ask what on Earth could have been meant. 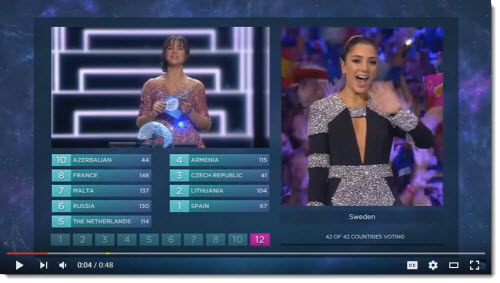 In Swedish, the saying is: Finns det hjarterum, sa finns det stjerterum, which translates to: “There is heart-room, then there is butt-room.” Or, there’s always room for one more. It’s a hospitable idiom said to guests to assure them everyone present will squeeze up and make room at the table.

Last year, only a fraction of the votes cast in Australia were actually counted, after the system buckled under the pressure. It appears to have gone more smoothly this year, but it’s hard to tell: to cope with the load, the Eurovision production team, which manages the voting, decided not to send people back text messages confirming their votes had gone through.

Drink up. In an interview with Catholic Leader magazine, Eric Abetz was asked about his favourite beer, and the proud Tasmanian Senator answered Boags Premium. If you want to know.

Ideas boom. Before Malcolm Turnbull turned into a “jobs and growth” robot, he was all about the ideas boom, innovation agility, general excitement. The excitement does continue, especially for one start-up that has gone from being on Border Force’s most wanted to being first in line to a government program in San Francisco. Our colleagues at Startup Smart report:

“The Australian startup that had its co-founder deported for lying about picking fruit for three months is the first company to receive a spot in one of the Turnbull government’s lucrative global landing pads.

The company’s COO Chris Bailey was deported in March after he lied on visa forms about having completed three months of regional work in order to extend his holiday visa.

At the time, Elphick said the startup, which is turning over more than 1 million annually, would be forced to entirely relocated its operations out of Australia, and has already been offered assistance from multiple countries.“

The irony isn’t lost on the company, with Elphick confirming to StartupSmart that UK-born Chris Bailey, the company’s COO, would be relocated to the US with his colleagues with the assistance of the Australian government’s program. Now that’s agile.

Baby Jaspers. A few weeks ago we speculated on the meaning of the names of Kevin Rudd’s new cats, given the monikers Mei Mei and Qing Qing. Rudd has answered our queries with a new cat photo posted to Facebook. The names hold more Chinese significance than we first realised, named after the Song sisters, according to Rudd “the most powerful sisters in Chinese politics. Who ended up on opposite sides.” 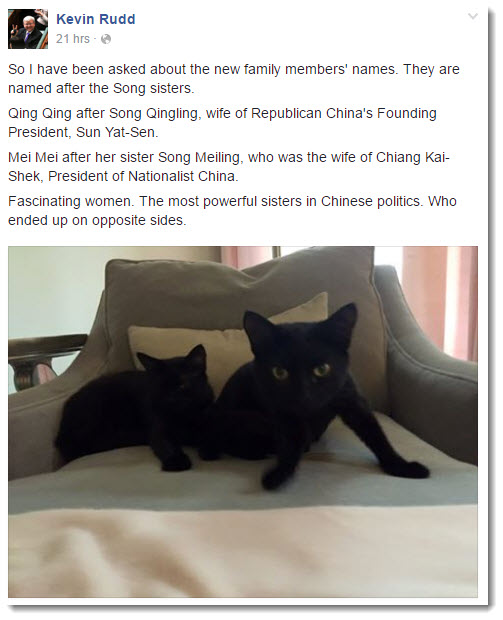 A new angle of Shorten. Bill Shorten’s wife, Chloe, has been touted as his secret weapon on the campaign trail this election, and there’s no doubt her presence was a boon for the 6pm news bulletins. Now photographer Tim Bauer has shared a more intimate moment between the pair on his Instagram profile. Bauer writes: “Had a shoot last week with Bill Shorten for a magazine cover that’s coming out this week I think. I asked if his wife and bestie Chloe if she would like some together and this is what happened. A cute couple putting politics aside.”

Posted as a video, the image looks like it could be on the poster for a romantic comedy. 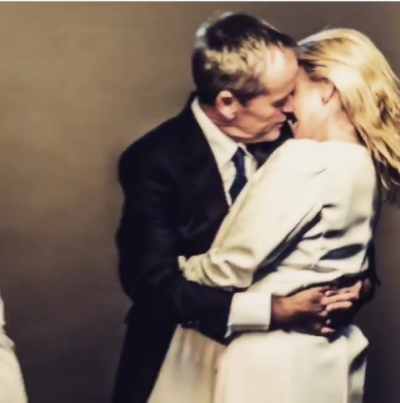 Blazing the trial. Victorian politicians are rushing to spruik one of the major policy commitments of the Andrews government: a trial of medical cannabis. Daniel Andrews posted a photo of the crop to Facebook on Friday, with Sex Party MLC Fiona Patten also getting a pic with the plants: 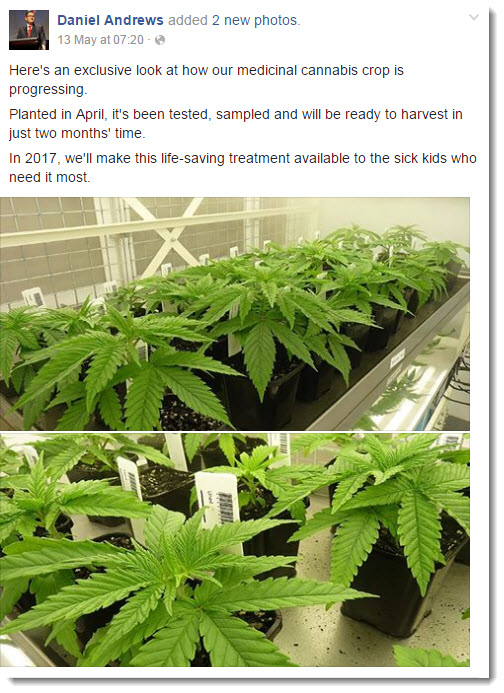 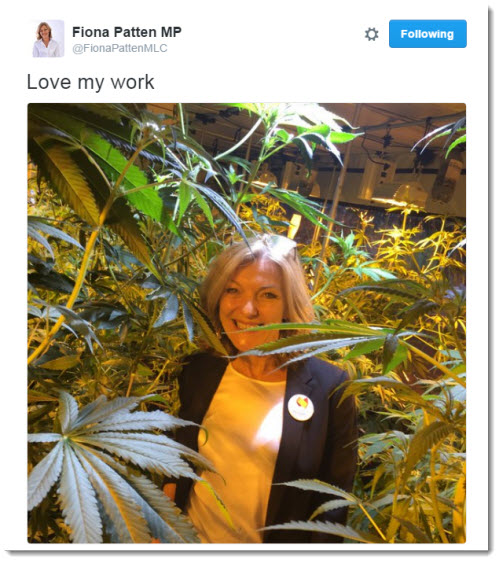 Courting the 420 vote seems to be going well. 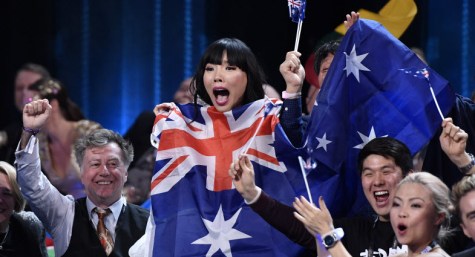 What did the Swedish say about “room in the butt” at Eurovision?

Boags? Over Cascade. Another reason to doubt Eric’as judgement.