From letters to posters — the controversy in South Australia is about whether or not the Liberal and Labor parties, including Industry Minister Christopher Pyne, has illegally put up corflutes before the writs have been issued for the election. Council bylaws in South Australia ban election signage from being placed on council sign poles or power poles until the writs are issued, which won’t be until Monday, even though campaigning is in full swing. On Tuesday candidates were given 24 hours to remove their own signs, before council workers would move on them, but one council has said it would be a waste of funds for their staff to remove them. Onkaparinga Council will be removing the signs and fining candidates $100 per poster. Nick Xenophon says putting up the posters is cheating: 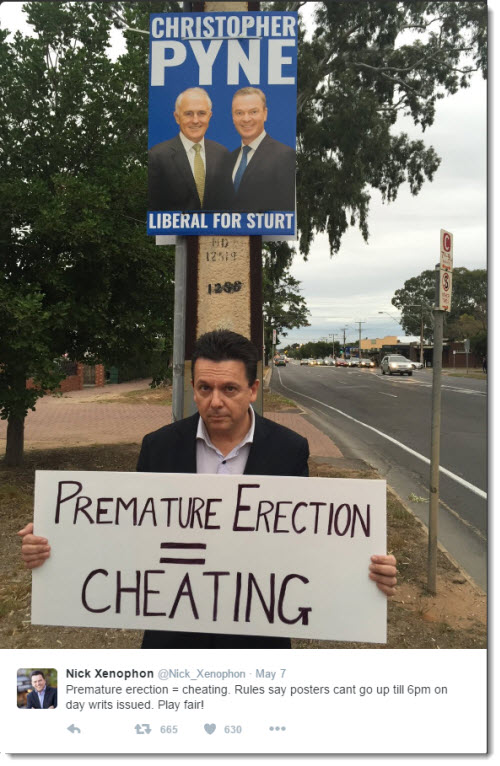