Malcolm's having beers in Melbourne, while Bill's has had a boatload of rogue MPs.

Bernard Keane, Crikey politics editor: A rotten day for Malcolm Turnbull with things going badly awry in his curtailed visit to far western Sydney and continuing difficulties on superannuation. Despite the efforts of The Australian and the government to argue that somehow there was no economic benefit from increasing investment in education, Bill Shorten finally had a trouble-free day in north Queensland, where he’s been focusing his campaign this week, while Anthony Albanese had the delight of his Greens opponent being caught out endorsing an Abbott government. Honours to Labor.

Dr John Hewson, former Liberal Party leader: Both sides have started the campaign slowly, almost dumbing it down, with limited, carefully selected, “events” that they attempt to control tightly. However, there is only so much you can control, and things can get quite untidy, quite quickly, as unexpected questions are asked, or as events don’t unfold as hoped. Both sides suffered this yesterday. Shorten took the hard line on asylum seeker policy, faced with some backbench unrest, but became a bit loose over hypotheticals about deals with the Greens, hung parliaments, etc. Turnbull had to smile through that “shit-eating” grin as Fiona Scott handled the Abbott issue; Malcolm then cancelled another event; and then wasn’t recognised on a train. They should focus more on policy detail.

Dr Zareh Ghazarian,  political scientist at Monash University and Author of The Making of a Party System: Minor Parties in the Australian Senate: Richard Di Natale takes the win for today! He succeeded in grabbing the media’s attention away from the major parties and their policies by raising the possibility of his party being king-makers after the election. It’s a good day for the Greens. 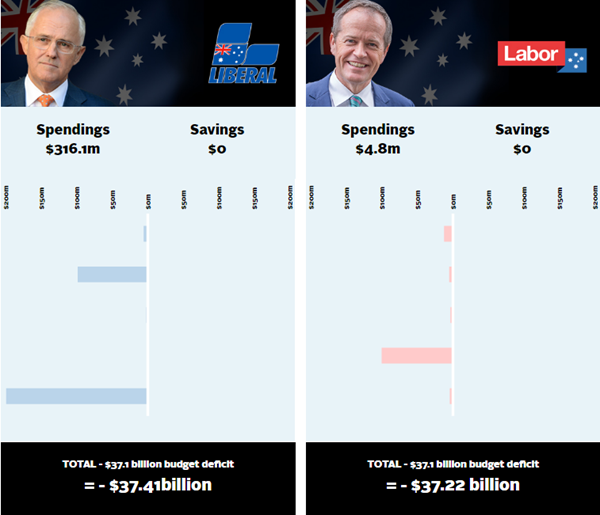 It’s been a fairly quiet day on the cash front, the most significant promise comes from the Coalition, which wants to boost border protection against criminal or terrorist threats. There’s also good news for rural Australians, with more money on the way for R&D into cotton growing. There were a few small promises made by Labor looking at fixing local infrastructure issues like roads and water.

The Windsor change might be blowing into New England with former balance-of-power MP Tony Windsor a chance to knock off Deputy PM Barnaby Joyce, and he might be onto something with this suggestion of a tantalising new culinary experience.

Malcolm Turnbull: Turnbull was up early to have a chat to President Barack Obama, with whom he discussed steel production, defence and the economy. The Prime Minister then kicked off his first day in Melbourne with a visit to the electorate of Dunkley, where retiring MP Bruce Billson joined him at the Mornington Peninsula Brewery. He was plugging the free trade agreement and pushing jobs and growth, small businesses and the economy.

Bill Shorten: The Labor leader spent another day in Queensland as the Shorten campaign bus headed to the marginal seat of Capricornia in Rockhampton. He’ll be visiting the kids at Frenchville State Primary School and Rockhampton High School to discuss Labor’s policy to invest more in rural and regional Australia. He was also forced to defend his comments that his education funding would create immediate economic benefits. Finally, it’s Shorten’s birthday today, so at some point he’s expected to cut some cake and blow out the candles.

Richard Di Natale: The Greens leader was focused on healthcare today. He joined Labor MP Andrew Leigh on an ABC Radio National panel at Flinders University in Canberra, where he was scathing of inequality in Australia’s health system. The Greens are also targeting seats in the House of Reps, and Fremantle could be on the radar now that Labor’s Chris Brown is in hot water. The idea of forming a coalition government might be seen as “delusions of grandeur” by some, but it seems increasingly likely that the Greens could play a role from the crossbenches in the future. 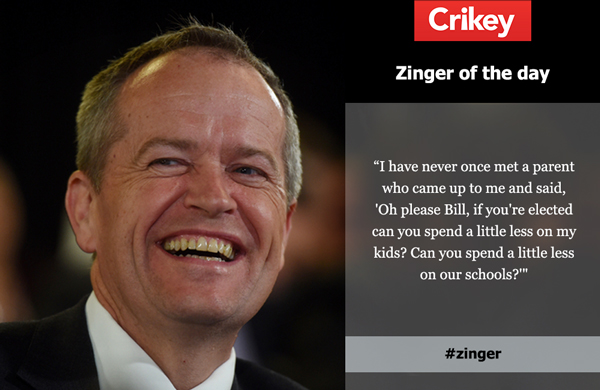 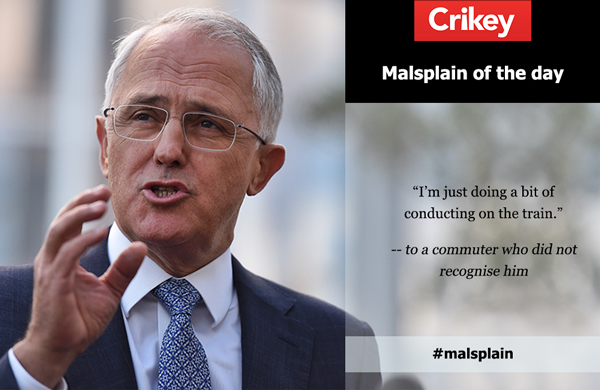 Liberal Senator Cory Bernardi’s election party might be a bit of a fizzer. The man who prides himself on “common sense conservatism” has been demoted to No. 2 on the Liberal Senate election ticket, behind Education Minister Simon Birmingham. The decision is a reflection of Birmingham’s status in the cabinet according to party officials. No doubt Bernardi will accept that graciously.

What a start to the campaign for Chris Brown, the Labor candidate for Fremantle, who is set to be dumped by the party as it emerged he failed to disclose convictions for driving under the influence and assaulting a police officer in the 1980s.  Brown was adamant that he had no legal obligation to disclose the conviction (though he says he did tell Labor about it) and should be allowed to continue his campaign. Since when does a career in politics impinge on your private life?

It’s happened again! That pesky little conscience thingy has caused another Labor candidate to speak out about immigration detention. Just four days into the campaign and the Labor candidate for the Sydney seat of Macarthur, Dr Michael Freelander has compared the detention of children on Manus Island to torture at a concentration camp.

“On a personal basis I believe it should be closed down and they should be processed in Australia. What we’re doing is cruel,” he said.

We feel obligated to tell Freelander that we have two simple rules in this country: toe the party line and tow back the boats.

Whoops! Someone dropped the ball over at the “Turnbull Coalition Team” by neglecting to register any domain names. He shouldn’t worry too much though, we doubt the Australian Workers Union will do anything nasty with its new acquisitions. 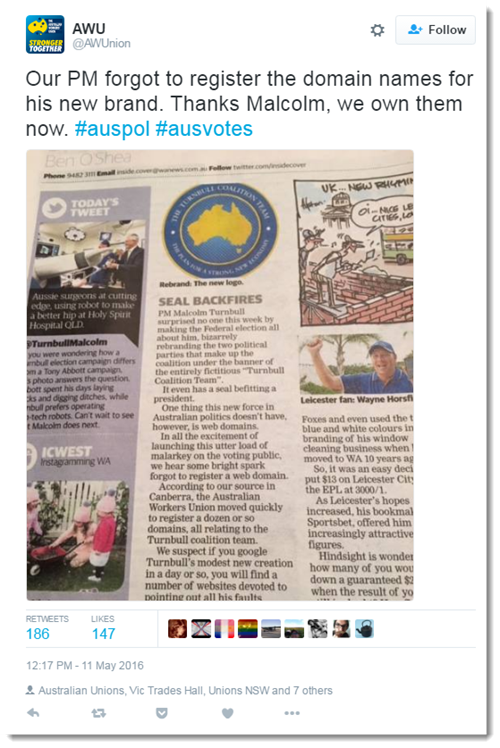 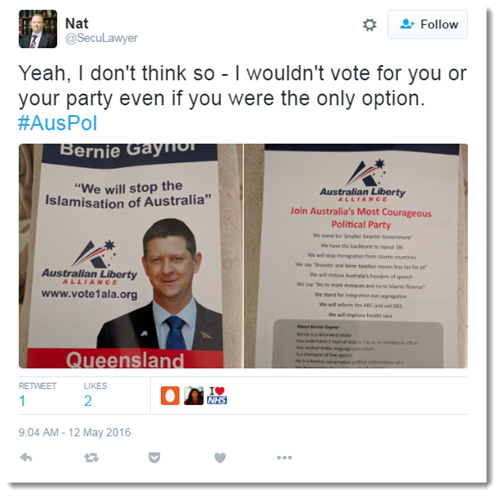 Malcolm Turnbull was on the phone to the US President, then he went to a Melbourne brewery to talk about “jobs and growth” (for a change). Bill Shorten is still in Queensland and is talking about education (for a change). Richard Di Natale has turned to popular Canadian PM Justin Trudeau for inspiration (now that’s something new).