The AFP is no FBI when it comes to Aussie iPhones

The FBI asked Apple to create a backdoor to its software for law enforcement. Has the Australian Federal Police asked the same?

Australia’s federal law enforcement agency appears not to have followed in the steps of its US counterpart (yet), according to a freedom of information request filed by Crikey.

Apple took a strong stance against the FBI earlier this year when it refused to develop a version of its smartphone operating system iOS to allow the FBI to attempt to bypass the security on an iPhone owned by one of the terrorists who killed 14 people in San Bernardino last year.

On the iPhone, when a four-digit passcode is required to unlock the phone, users can set security measures to delete all the data on the phone after a number of failed guesses. The version of the software the FBI wanted created would have allowed unlimited guesses, and would allow the company to attach a computer to the phone to input thousands of guesses in a short period of time, rather than having to wait minutes between guesses.

Apple CEO Tim Cook said at the time that if the company created this software for the FBI this one time, it could potentially be a backdoor to the whole platform that would threaten the security of Apple users. Law enforcement agencies around the US said that they would like to have the software to unlock hundreds of phones.

Apple was ordered to create the software, but the tech giant appealed. Eventually the FBI dropped the case, stating conveniently that it had found a way around the block without Apple’s help, via a “third party”, but it would not reveal the source. News outlets have claimed that professional hackers were paid by the FBI to get into the device.

At the time, Crikey filed a freedom of information request with the AFP seeking to find out whether the AFP had asked for Apple’s assistance in unlocking any iPhones. The response received this week from the AFP is that there were no documents related to that, indicating there had been no formal written request to Apple from the AFP for unlocking phones.

“In relation to your request for documents, a search was undertaken by the relevant line area, being Digital Forensics, AFP Specialist Operations. As a result of the above information, apart from the file made up for your FOI request, no documents relating to your request have been located in the possession of the Australian Federal Police.”

The agency does, however, routinely ask Apple and Google for assistance, mainly to do with the AFP’s role as the territory police for the ACT and finding stolen devices, as outlined in this 2014 FOI request on the transparency website Right To Know.

The issue is likely to remain a hot topic for a national security-obsessed government, with Prime Minister Malcolm Turnbull acknowledging in his cybersecurity policy announcement last month that the use of encryption to protect personal data and communications is increasingly an issue for law enforcement in intelligence gathering.

One possibility is that after the FBI found the hack it was looking for to get onto the iPhone, the information about that exploit could be shared with Australian law enforcement agencies through the Five Eyes group. 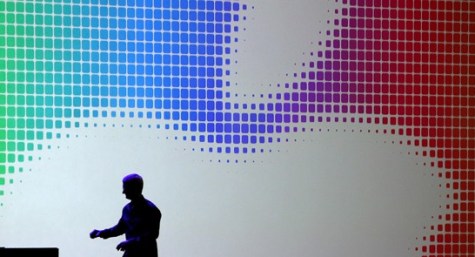 Can the FBI hack your iPhone?

“no documents relating to your request have been located in the possession of the Australian Federal Police.”
There seem to be a few weasel words there.
What about meetings not minuted, docs transferred to other sites or not put on registers?
Maintain deniability!

The US iPhone case was special because the terrorist owner was dead.
Australia has way fewer rights against self incrimination than the US (no “taking the 5th”). Most living defendants or suspects will be forced to disclose their password.

Weasel words indeed – ‘not located’ allows the reasonable assumption that the search was less than rigorous.