There is one sure-fire, if unfortunate, way to cut costs in the media. And other media titbits of the day.

A torrenting winter is coming. Your friendly neighbourhood torrenting news website TorrentFreak reported yesterday HBO is pulling out all stops to prevent people from pirating the latest season of Game of Thrones. It’s managed to get torrents pulled from the most popular torrent sites, and has begun sending out warning letters to ISPs to encourage them to punish their users for downloading the wildly popular show.

It’s likely to be reported in Australia that HBO is going to come for us, given we are always at the top of the list of countries pirating the show, but it’s not clear whether that will actually eventuate for a couple of reasons. One, Foxtel is currently litigating a court case to get piracy sites blocked, and will probably be focused on that rather than pursuing individual downloaders. Two, ISPs won a High Court case that they are not required to pass on certain kinds of notices. Three, a notice scheme negotiated between rights holders and ISPs is on ice for at least a year while the site blocking issue is sorted. — Josh Taylor

A newspaper merger in New Zealand. The worst-kept secret in the Australian media is out. New Zealand’s two largest newspaper publishers, APN and Fairfax, confirmed this morning they were in talks about merging their Kiwi assets into a new company, to be listed on the NZ Stock Exchange from late June (assuming all goes to plan).

The merger will rely on the approval of key regulator The Commerce Commission. But today’s announcements were missing any discussion of competition issues, or of News Corp Australia, a 14.9% shareholder in APN likely to take a stake in the new company. Fairfax CEO and managing director Greg Hywood said in a statement this morning:

“This is an important opportunity for all of our shareholders to be part of the future of content and journalism in New Zealand. The merger would enhance the position the businesses are in to continue to deliver high quality, local content to audiences now and in the future.”

So far as both companies are concerned, it’s an upbeat outlook for print media in NZ, without a competition worry being expressed publicly. — Glenn Dyer

Which paper will go digital-only on weekdays first? There’s a novelty betting market for that — just opened by William Hill. The narrowest odds on The Age are $2.60 — they’re slightly longer for The Sydney Morning Herald at $3.20. No word on whether William Hill will pay out if Fairfax decides to axe both papers’ weekday editions at the same time … — Myriam Robin

They’re cutting in the UK, too. Like Fairfax Media closer to home, United Kingdom media owner Richard Desmond holds the unfortunate belief that sacking journalists is good for the bottom line and the only way to cut costs. Unfortunately for journalists at both groups, that strategy appears on recent evidence to be correct. Desmond’s Express Newspapers (Daily Express, Sunday Express, Daily Star and Daily Star Sunday) have reported a big boost in profits in 2015, after a large redundancy round in 2014.

Fairfax is heading off on this route once again to help improve his profitability (along with the selling of unwanted assets). The retrenchment of dozens of journalists will cut costs and reshape The Age, The Sydney Morning Herald, The Australian Financial Review and The Canberra Times. Whether it will do anything for the long-term future of the newspapers remains to be seen.

In July 2014, Express Newspapers revealed plans to cut 200 editorial jobs — reducing headcount from 650 to 450. It has added (cheaper) jobs at its websites, offsetting some of the axe swinging among the more expensive journalists. That, along with ditching the odd asset, appears to have transformed its fortunes, taking pre-tax profit from 812,000 pounds in 2014 to 30.5 million pounds in 2015. That figure was helped by interest received of 15 million pounds from cash generated by asset sales. Stripping this out, Express Newspapers made an operating profit of 16.3 million, still sharply higher than the 4.5 million loss in 2014. — Glenn Dyer

Grizzly story passes muster. The Age has had a Press Council complaint against it dismissed, after the body queried the appropriateness of its report on a murder-suicide in Austria. The unusual story, published from a wire agency in January this year, detailed how a man in Austria had drowned himself using the head of his murdered wife.

The council wondered whether there was any public interest in the report, and in the level of detail given in the article about the method of suicide. The publication responded that the unusual manner of the suicide was what made the story newsworthy. As to the level of detail, “the elements of murder and suicide, together with the European location meant the issues of method and location were not directly relevant to an Australian audience, and so did not breach the Coverage of Suicide standards”, it argued, according to the adjudication. The council agreed there was no breach of its standards on the reporting of suicide, which were released in 2011. — Myriam Robin

Video of the day. Shaun Micallef’s Mad as Hell is back on the ABC tonight. This weekend it won a Logie, though the team were somewhat less-than-thrilled to receive it … 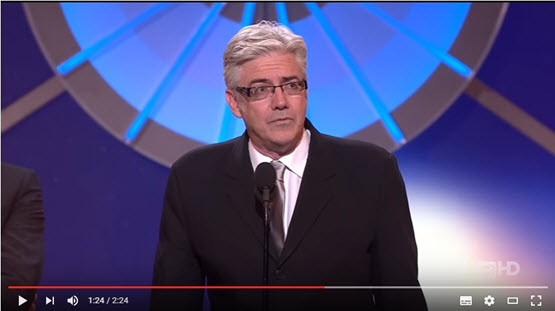