A Drawing a Day

Bernard Keane, Crikey politics editor: Yesterday was a clear win for the government — or is that more correctly a loss for Labor? Bill Shorten was bedevilled for a second day running by candidates freelancing on asylum seekers — or at least freelancing in the past, before they were candidates. But much worse was the damage inflicted by the Greens raising the prospect of a governing coalition with Labor. This is profoundly toxic for Labor — no matter how much policy substance Julia Gillard’s government achieved, its link with the Greens is perceived to be deeply electorally damaging and associated with instability and broken promises. Hell will freeze over before Labor has anything to do with the Greens again, but the mere mention of a hung Parliament and a return to the Gillard era hurts Labor — and was presumably intended to by the Greens. “Tell him he’s dreaming,” Shorten responded to Greens MP Adam Bandt — but it’s a nightmare, not a dream, for Labor.

John Connolly, founder of John Connolly and Partners public relations firm: The electorate is disgruntled and worried. Disgruntled at Prime Minister Malcolm Turnbull, who they see as Top End of Town and not much different to his predecessors. Worried about the economy and their future. The government’s message of jobs and growth is not resonating with the punters and, as the front page of The Australian Financial Review shows today, not resonating with business. Labor’s message is getting through, so there is an outside risk this could be a one-term government despite the Coalition’s cred as economic managers. Labor won today. Best bet is the government loses 10 seats but could be closer if Turnbull stays on this message.

Zareh Ghazarian,  political scientist at Monash University and Author of The Making of a Party System: Minor Parties in the Australian Senate: Shorten had a good day — I think I’ll give the win to Shorten. He didn’t have the problems Turnbull had, which were criticisms of the Coalition’s policies from their own side of politics. While Cathy O’Toole did make the news with her comments on asylum seekers I think Turnbull’s issues with super and changes to super concessions were more significant. Shorten had the more containable fight — the more compartmentalised problems. 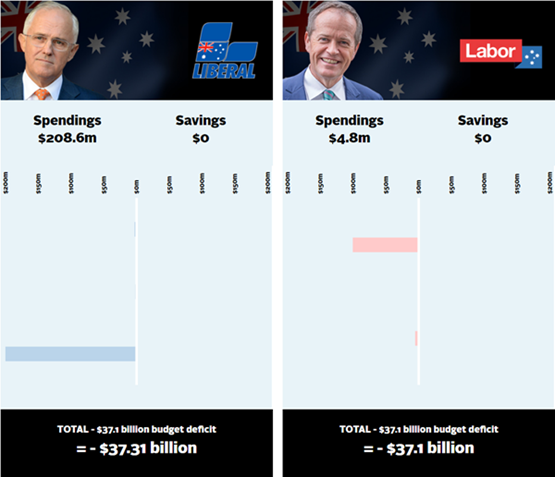 Greg Hunt was on a pork-barreling roll yesterday, announcing $93,000 to install solar photovoltaic panel systems on seven community groups’ buildings in Corangamite, as well as $743,900 to help restore and improve coastlines throughout Corangamite and the surf coast, including in the communities of Jan Juc, Anglesea, Airey’s Inlet, Ocean Grove and St Leonards.

Malcolm Turnbull: The PM will spend all of today in the seat of Lindsay, in western Sydney, campaigning with MP Fiona Scott, who won the seat with a margin of 3%. He began the day at a morning tea with local business women in Penrith, where he spoke about superannuation. He told a woman named Andrea that “everything we are doing is aimed at helping you and all of your colleagues here”. At a press conference Turnbull once again brought attention to his ability to take public transport, saying that he had had a “lovely ride” on the train to Penrith and spoke to many people. The majority of the press conference was spent defending the corporate tax cuts and changes to super concessions.

Bill Shorten: The Opposition Leader began the day with a win, edging out swimming champion Susie O’Neill in a trivia contest on Nova radio in Brisbane. Shorten knew the date of Captain Cook’s arrival but didn’t know who was on the $10 note (it’s Banjo Paterson). He’ll be campaigning in Mackay today; he visited a local state school and will also visit the Harrup Park Country Club, where he will discuss Labor’s education plan as well as jobs, infrastructure and the Great Barrier Reef (following Greg Hunt’s widely ridiculed attack on Shorten for not mentioning the reef yesterday). Shorten will continue to campaign in Queensland in the coming days, telling ABC Radio yesterday that he will be based in Townsville until at least Thursday.

Richard Di Natale: Di Natale began the day handing out flyers in the Perth Cultural Centre in Northbridge. He will hold a press conference later today with senators Scott Ludlam and Rachel Siewert, before holding “five-minute meetings” in temporary outdoor offices in Forrest Place in Perth’s CBD. The Greens’ attempt to depict themselves as being above petty politics took a hit today: Fairfax revealed that despite Di Natale saying the Greens “don’t waste money” on polling, the Greens campaign manager in Batman, Gavan Mcfadzean, had in fact contacted a polling company asking them about conducting a poll.

Shorten pulls ahead on media mentions: 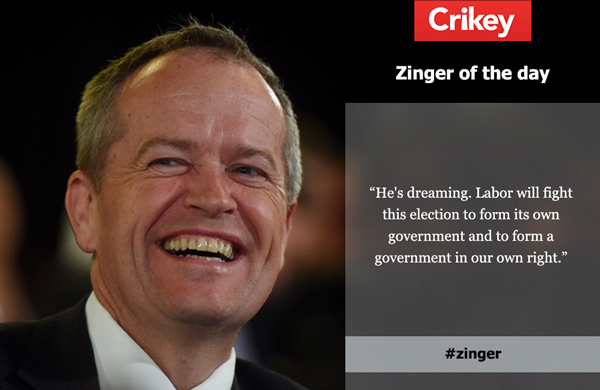 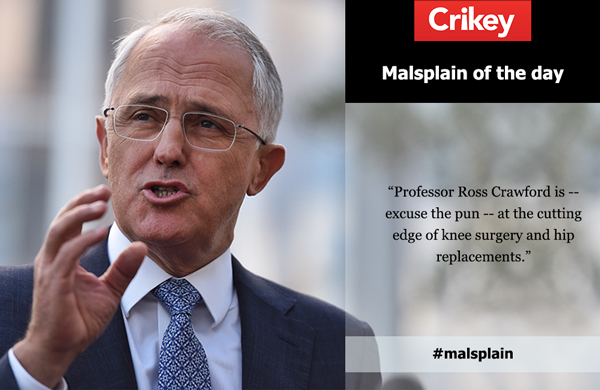 David Leyonhjelm had a message for Coalition voters and the Greens following reports of a Greens-Liberal preference deal:

“The Liberal Democrats have struck a preference deal with the Greens. We’ll put them last in every state in every state every time and they can go and get stuffed.”

GHOSTS OF GOVERNMENTS PAST

While the man himself may be toeing the line so far this campaign, the spectre of Tony Abbott continues to haunt the Liberal Party. A bloc of conservative ACT Liberals are set to boycott Peter Hendy’s re-election campaign in the strategically important seat of Eden-Monaro as payback for his role in the deposal of Abbott, a leaked email from the Menzies Group revealed yesterday.

Meanwhile Labor was once again troubled by disunity in its ranks on asylum seeker policy after a photo of member for Herbert Cathy O’Toole holding a “let them stay” sign surfaced, precipitating an awkward press conference where O’Toole unconvincingly pledged support for Labor’s policy before Shorten stepped in. Turnbull took the opportunity while at Holy Spirit Hospital to remind voters of Labor’s not-so-distant past:

“Greens drove the Julia Gillard agenda, and she welcomed it, and if we have another hung Parliament it will be the Greens and Labor back into business — it will be same old Labor, same old deal with the Greens, Julia Gillard’s government being re-enacted by Bill Shorten.”

First there was the “Abbottsolutely Hopeless” poster now there’s the Malcolm Turnbull “Fizza” poster. The good people at Abbottsolutely Not have printed 1000 street posters inspired by this cracker of a quote from Paul Keating:

“Turnbull was a bit like a big red bunger on cracker night. You light him up, there’s a bit of a fizz but then nothing … nothing.” 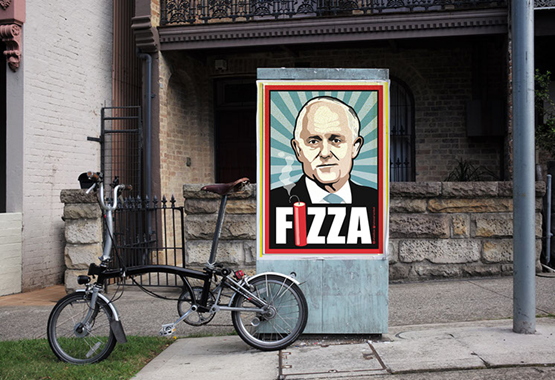 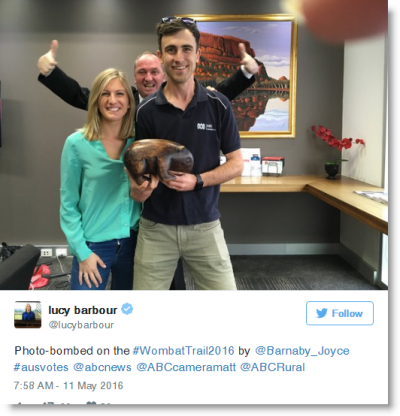 Shorten continued to focus on education in Queensland while Turnbull hit up western Sydney and defended the Coalition’s super policy. The Greens were being attacked from all sides yesterday; Di Natale is campaigning in Perth today.