Crikey campaign scorecard: Qld beautiful one day, political the next

Bernard Keane, Crikey politics editor: Both sides had early problems: Labor’s Melbourne candidate went rogue on asylum seekers; outgoing Western Australian Liberal MP Dennis Jensen is running against his own party after losing preselection. Turnbull was more visible while Shorten was in far north Queensland, but the Reserve Bank’s comments against current negative gearing policy undermined the government’s campaign and will continue to do so. Call it a draw, but there’s a big question mark over how long Malcolm Turnbull can stick to a “national economic plan” as his main campaign message while his opponent is hammering fairness.

Dr Zareh Ghazarian, political scientist, author and media commentator: Bill Shorten’s looking very strong at the moment; he’s been able to present himself as a person with policy interest rather than popularity. I think Labor has realised it won’t be able to defeat Turnbull’s popularity so they’re going for policy. Shorten won the battle of sound bites yesterday; he presented with a clarity that his critics wouldn’t have expected.

Ben Eltham, political correspondent for New Matilda: I’d say the Coalition won, but not by a big or very decisive margin. The fact Labor had to go on the defensive over Sophie Ismail’s comments meant that Shorten’s announcements about education funding was lost a bit. Given Labor needs to pick up 20 seats to win the election, they’re going to need to win as many winning days as possible. The news about the Liberals and Greens reaching a preference deal on some marginal Melbourne seats will have a few Labor powerbrokers worried. David Feeney will likely need to poll close to 50% on the primary vote in order to hold Batman, or Alex Bhattal will pick it up for the Greens after preferences. 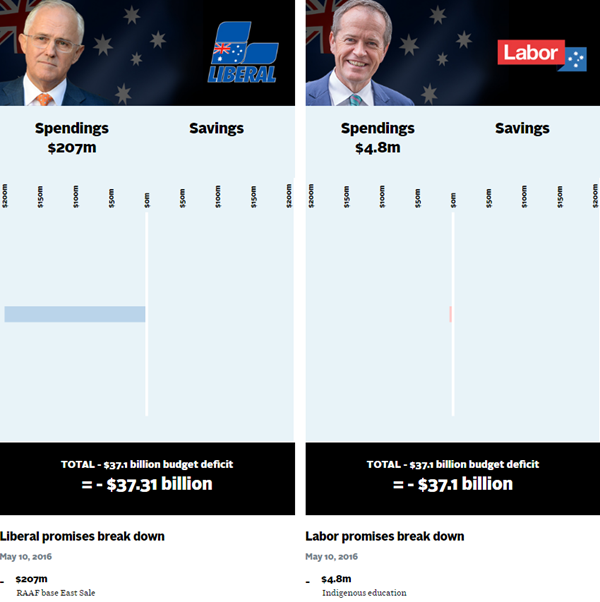 It’s been an underwhelming start to the campaign, with neither side dipping too far into their pockets. Shorten is determined to make education spending a key focus of the campaign, and he bolstered his credentials in Cairns yesterday by promising $4.8 million for indigenous education programs. Meanwhile, Darren Chester announced a boon for Gippsland with $207 million promised for the RAAF base in East Sale.

It’s been an underwhelming start to the campaign, with neither side dipping too far into their pockets. Shorten is determined to make education spending a key focus of the campaign, and he bolstered his credentials in Cairns yesterday by promising $4.8 million for indigenous education programs. Meanwhile, Darren Chester announced a boon for Gippsland with $207 million promised for the RAAF base in East Sale.

Coalition: $207 million promised by Nationals MP Darren Chester to develop the RAAF base in East Sale.

Malcolm Turnbull: The Prime Minister continued his “jobs and growth” tour in the federal seat of Brisbane today, where he’s endorsing Teresa Gambaro’s nominated successor, Trevor Evans. His new “national economic plan” was the focus of his press conference today, and he attacked the opposition’s “tax grabs”. He was also quick to point out that while we are in a time of “great opportunity”, the economy is also in transition. He didn’t pass up a chance to remind voters of Labor’s troubles with border protection in the wake of Ismail’s comments yesterday. He claimed Labor was putting the people smugglers back in business.

Bill Shorten: The Opposition Leader moved south from Cairns to Townsville, where he began his day with a run around the Strand. He discussed Labor’s plan to fully fund Gonski to ensure children have better access to quality education. He’s targeting the seat of Herbert, currently held by Liberal-National Party MP Ewen Jones with a 6.2% margin. He also slammed the government and the Greens for their preference deals and slapped down the idea of a Labor-Greens coalition in the event of a hung Parliament.

Richard Di Natale: The Senator was in Adelaide. He joined David and Will on FiveAA breakfast radio, then it was off to Fresh92.7 to encourage young voters to make sure they’re enrolled. He then joined fellow Greens Senator Sarah Hanson-Young for a press conference.

MP Luke Simpkins has promised $207,000 for CCTV in Cowan as part of the Coalition’s “Safer Streets” program. And there’s a little something for George Christensen to announce too … 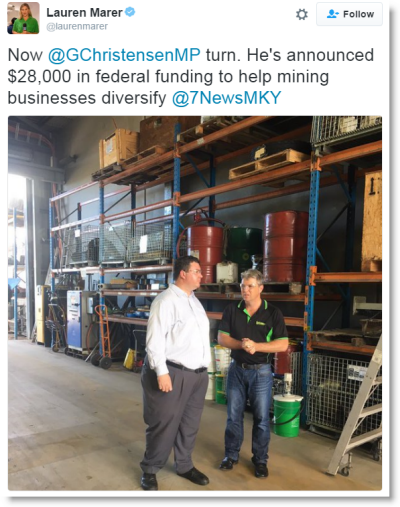 Labor candidate for Melbourne Sophie Ismail has committed the cardinal sin of bringing her conscience to the campaign. She expressed reservations about Labor’s policy of offshore detention and turning back boats to Indonesia: “I have concerns about turn-backs, I don’t think they should be on the table.” Bill Shorten stopped short of criticising Ismail but quickly reaffirmed his commitment to keeping asylum seeker processing off Australian shores. 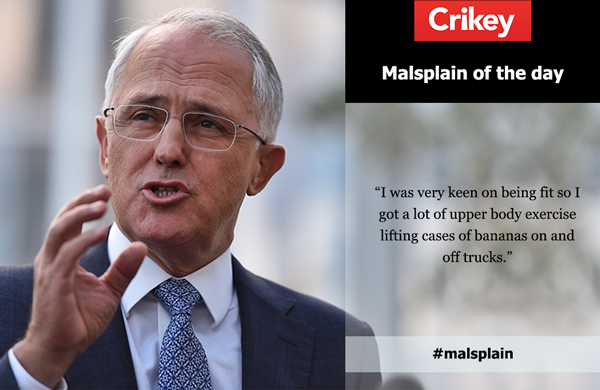 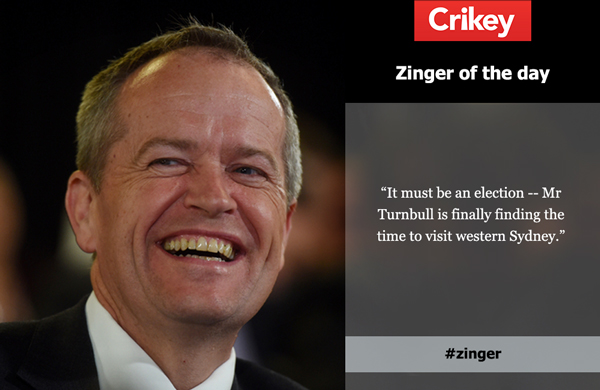 Paul Osborne pointed out the unfortunate case of Palmer United Party Senator Dio Wang, facing defeat after three elections in three years for a six-year term he won’t complete. If the public ever figures out who Dio Wang is, they’ll be quite upset …

“The Simpsons against the Liberals”: a Facebook group that is true to its word and uses classic Simpsons references to ridicule the government and its interest groups. Unashamedly partisan but very funny.

Malcolm Turnbull continues to spruik jobs and growth and opportunities for small businesses. Bill Shorten is campaigning on education funding for all Australians, especially indigenous Australians. The Greens floated the idea of forming a coalition with Labor, which Shorten promptly denied.