A day after 21st Century Fox produced a solid March quarter result, driven by the surge in interest and advertising revenue for Fox News and other cable channels, the Murdoch clan’s other company, News Corp, again disappointed with a weak quarterly result. It was made worse by a larger-than-expected 7.3% slide in quarterly revenue, which flowed from another weak performance by its biggest business: news and information services.

As expected, the company reported a loss from the US$280 million settlement earlier this year of a lingering dispute in its News America supermarkets business. Ignoring that one-off charge, earnings still fell, thanks to weaker returns from that supermarkets business and book publisher HarperCollins. That offset improved returns from newspapers in the United States and Australia, but continuing weakness in the United Kingdom where revenues remain under pressure (as the Trinity Mirror update confirmed overnight).

Including the one-off charge, News Corp reported a net loss of US$149 million in the three months to March 31, compared with a profit of US$23 million a year earlier. Driving the 7.3% slide in revenues to US$1.89 billion from US$2.04 billion was a 9.7% drop in advertising revenue to US$816 million, while circulation and subscription revenue dropped 10.9% to US$343 million. “Currency fluctuations” reduced revenue by about US$72 million in the quarter. Advertising revenues in the News and Information business slid 15%, News said:

“Circulation and subscription revenues declined 4%, and would have been flat excluding the impact of $US19 million from negative foreign currency fluctuations, as growth in paid digital subscribers at The Wall Street Journal and in Australia, higher subscription pricing and selected cover price increases in the U.K. and Australia offset print volume declines and the impact from the change in the digital strategy at The Sun.”

Despite the calm marketing assurance from Foxtel about platforms such as Presto, a new service offering limited English Premier League coverage (out this morning), the buzz around Game of Thrones and the higher audiences for the NRL with the first season of shared coverage of all games with the Nine Network, the pay TV business 50% controlled by News Corp hit rough seas in the three months to March 31.

Foxtel’s earnings came under pressure, dipping in Australian dollar terms due to higher marketing costs and programming for the Presto streaming video service. News said Foxtel’s operating income for the three months to March 31 was US$85 million, down from US$88 million for the same period of 2014-15.

Those higher costs were seen in a soaring churn rate in the quarter in subscriber numbers. In fact, in stark contrast to the performance in the December quarter and half year, Foxtel had an alarming 40% jump in the rate of churn (that is replacing departing subscribers). News said:

“In the quarter, cable and satellite churn increased to 14.3% from 10.9% in the prior year due to some customer departures following the introduction of no-contract offers in the first half of fiscal 2016. Fiscal 2016 year-to-date churn was relatively flat compared to the prior year.

“Foxtel’s total closing subscribers were approximately 2.9 million as of March 31, 2016, with year-over-year growth driven by cable and satellite subscribers, which increased approximately 6% compared to the prior year period, and higher Presto subscribers.”

Once again News did not break down the number of pay TV subscribers (who usually pay more) or the number of people with monthly contracts (not the free first 30-day offer) to Presto. That 2.9 million figure for total subscribers to Foxtel has not changed since June 30, when it was “over 2.8 million”, according to the News Corp’s filings. That indicates the pay TV giant is running up and down on the spot and has been just replacing subscribers as they finish their contracts and “cut the cord”.

News said that on a US accounting basis, Foxtel’s revenues, for the three months to March 31, fell US$42 million to US$578 million from US$620 million in the prior year period. 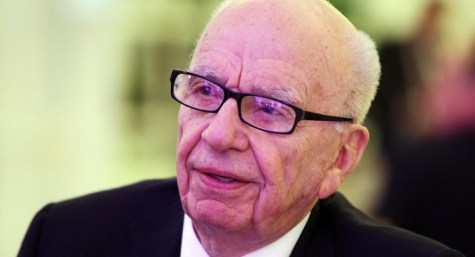