Asked for their say on the public broadcaster, ABC staff let rip.

Only one in five (21%) of ABC staff think that senior ABC leadership executives work well together, communicate effectively and treat staff across the organisation well, according to a survey of almost 3000 ABC staff. And with more job losses threatened in the wake of funding being cut in the federal budget, dissatisfaction is likely to grow even further.

The aggregated results of the survey, conducted for the ABC in late November and early December last year by HR consultancy Aon Hewitt, was released to Crikey this week following a freedom of information request. It starkly illustrates the poor morale of staff within many parts of the ABC, often lamented by those Crikey speaks to but rarely acknowledged in an official capacity.

The survey was the first time the ABC asked all its staff what it’s like to work at the public broadcaster. The close to 3000 respondents represent 66% of the total workforce, if casuals are excluded (57% if they aren’t). The summary report has been shared with staff on a confidential basis, as well as with the two unions representing ABC staff: the Media, Entertainment and Arts Alliance and the Community and Public Sector Union.

The results show staff broadly believe the ABC does not effectively communicate and manage change.

For example, only one in four (25%) thought the ABC lived up to its value of integrity. To arrive at their answer, respondents were asked to consider how well the ABC delivers on promises made to its employees and whether the ABC executive is open and honest in communication.

Meanwhile, only one in four (24%) were satisfied with the ABC’s performance management techniques, with the vast majority signalling unease over how the ABC deals with under-performance. Only one in five were happy with senior leadership’s dealings with staff, while only 26% agreed or strongly agreed that the executive makes “good decisions and provides a strong focus for the future”.

Just 28% agreed or strongly agreed the ABC provided good career and development opportunities (covering secondments and transfers as well as training), and less than one in three (30%) were happy with the work processes, tools and resources provided by the ABC to its staff. A third (33%) agreed or strongly agreed that the ABC was good at managing change and keeping everyone informed.

The ABC scored better on innovation (with 37% saying it lived up to its values), collegiality (43%), and respect (47%). On the question of whether the ABC lived up to all its values, the body scored just better than half, with 51% of respondents choosing this option.

Intriguingly, a majority of ABC staff didn’t think the organisation had much to answer for when it came to diversity. A strong majority (64%) agreed or strongly agreed the ABC was good at accepting differences and valuing age, gender and ethnic diversity.

New ABC managing director Michelle Guthrie, who started in the role this Monday, has flagged increasing diversity as one of her priorities. The ABC’s own equity and diversity annual report shows the ABC has work to do on diversity, with only 11.8% of ABC employees in 2015 coming from a non-English-speaking background. Among content makers, that figure declined to 7.4%; and it actually went backward since 2014, when 8.2% of ABC content-makers came from a non-English speaking background (due to redundancies, the report notes).

The 2011 Australian census did not use the same question as the ABC survey in assessing cultural background, but it did ask what language people spoke at home (which would give a lower figure than the ABC’s phrasing). It showed 19% of the Australian population spoke a language other than English at home, giving an indication of a population at least twice as culturally diverse as the public broadcaster. But the survey results on diversity and inclusion were some of second-highest individual area of approval in the survey, behind safety (79% agreed or strongly agreed the ABC had an appropriate focus on workplace safety).

On overall engagement, Aon Hewitt collated the results to arrive at a score of 52%. This is exactly at the Australian media average of 52%, despite much of the commercial media being forced to face far greater challenges and changes than those at the relatively cushioned ABC. The consultancy describes the ABC’s result as “right on the average” of Australian media companies.

*Correction: An earlier version of this story said the benchmark for overall engagement in the Australian media was 57%. It is 52%. 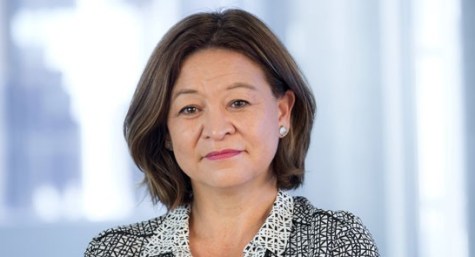 Is Michelle Guthrie going to sell ads on your ABC? 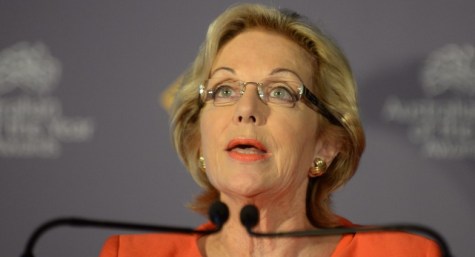 ‘Hit by a moving object’: what it’s really like to work for the ABC

Many or most Commonwealth agencies have similar staff surveys and I expect similar results.

I get quite a few customer satisfaction surveys from various service providers but have never received one from the ABC. No. They only survey their staff. Typical public sector paradigm.

Twice in the past few weeks I had constructive comment to make re ABC News TV bulletins. Called the ABC & was put through to an answering machine where I left name & contact number for a return call (as touted by their message).

Never received a call hence they have had no feedback. Once upon a time the ABC used to value viewer opinion, management browsed all comments left with the telephonists daily.

Er…shouldn’t they be looking outwards instead of inwards?
Oh Jesus, I’ve agreed with David Hand!

There aren’t many still alive who recall when the ABC actually took its Charter obligations seriously. Those were the days when the ABC leadership ensured there was a critical analysis of issues rather than as is now the case cravenly following whatever faux-left nonsense is the prevailing doctrine.
Crikey has suffered a not entirely dissimilar fate.