All right, you can broadcast some ads, but no major appointments, OK? And don't start any wars!

With the budget done and dusted, everyone is focused on the election. Prime Minister Malcolm Turnbull has announced the double dissolution election will be held on July 2, but until he goes to the Governor-General sometime between May 5 and May 11, the government is operating as normal. Should caretaker conventions apply even though the election hasn’t officially been called?

What is a ‘caretaker government/period/mode’?

When an election is called, the government doesn’t stop functioning, so conventions are in place to allow the lights to be kept on and government agencies running while voters decide who will get to make the decisions in the next term of Parliament. The party that is in power can make administrative decisions on what needs to be done during that period, but contentious issues, large contracts and major appointments or policy announcements are avoided.

Has the caretaker period always existed?

According to the Museum of Australian Democracy, the first public record of caretaker conventions is from 1951 when then-prime minister Robert Menzies wrote to ministers after dissolving Parliament and told them not to make contentious decisions without consulting him. A decade later it was regular practice for the PM to remind ministers to refrain from making major decisions or appointments. Now it is managed by the Department of Prime Minister and Cabinet (PM&C).

When does it start?

When the writs have been issued, and the House of Representatives has been dissolved for an election.

Are we in caretaker mode now?

No. Oppositions generally try to bring on the caretaker period earlier and earlier in the election cycle. For example, the Coalition, when in opposition to Julia Gillard, claimed the government was effectively in caretaker mode when she announced the election date eight months in advance. Labor has also tried it on this time, sort of, in asking to be consulted on government appointments to economic agencies. But caretaker mode will not start until after the Governor-General dissolves the House of Representatives plus the Senate.

What does it mean for advertising?

There is always a lot of focus on the use of government advertising during caretaker mode. The Department of Finance and PM&C review all government advertising at the beginning of the caretaker period and tell the government which ads should stay and which should be stopped, and the government then seeks to get agreement from the opposition on which ads should stay. Ads warning against smoking, for example, are likely to stay, while ads for Turnbull’s innovation boom are likely to go.

That’s not always the case, however. In the dying days of the Rudd government in 2013, it defied caretaker conventions and spent $6.5 million in taxpayers’ money to fund a major advertising campaign for Labor’s new border security policy. Then-finance secretary David Tune revealed afterwards that he was forced to approve the campaign despite being concerned it breached the conventions. Labor argued the ads were needed in the interests of national security.

Ministerial websites can stay as-is during the election campaign, but the convention suggests that any recent ministerial statements that criticise the opposition in strong terms should be removed. The conventions suggest that portfolio announcements — not election promises — and purely factual material can be uploaded to the sites during the caretaker period.

What if there is a major crisis?

If a big decision needs to be made, like Australia going to war, or a major policy being irreversibly funded for the immediate future, the government should consult with the opposition on any decisions it will make.

What happens if the government ignores caretaker conventions and decides something big anyway?

Very little. The opposition would squawk, but for the most part caretaker conventions are just agreed formalities — they are not binding. Apart from government advertising the government could get away with breaking the conventions — but it would set a bad precedent.

What about international visitors?

Although visits during election periods by major foreign dignitaries are generally avoided, there are plans in place if they do occur. If President Barack Obama planned to drop by while Australia was in its caretaker period, then he would be advised of the election and the potential for the government to change while he was here.

If we’re in negotiations for, say, a trade deal, the government is advised to inform the other parties in the negotiations that any agreements made in the caretaker period would need to be authorised by the incoming government.

What can the opposition do during the caretaker period?

Generally, in order to allow a smooth transition if the opposition wins the election, it’s given access to departmental heads to scope out policies before the election. This either occurs three months before the expiry of the House of Representatives or on the date of the announcement of the election. Currently, since neither has been officially called, Labor is in the awkward situation of having less than three months before an election, but still not being able to access departmental heads, and has been pushing to get access to them from the government. 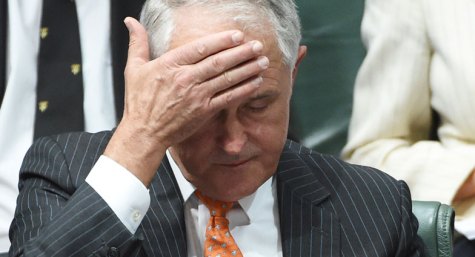 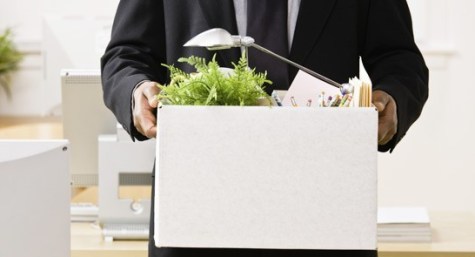 As Australia votes, mandarins beaver away on the secretive ‘red’ and ‘blue’ books