It couldn't be simpler for the callow Treasurer.

My fantasy budget would be for the Treasurer to do nothing — do nothing in relation to tax cuts.

It simply is not the time for tax cuts — neither personal income tax reductions, nor company tax cuts. The economic case put forward for such cuts has so far been either poor or totally non-existent. And such tax cuts significantly curtail the government’s ability to invest in high-quality services and infrastructure.

The theory that tax cuts deliver a growth dividend is based on the idea that cutting taxes will increase the participation rate, and that more people will work more because they are incentivised to do so by lower taxes. However a new report out today from The Australia Institute shows most people don’t even know what their marginal tax rate is.

Regardless — as any economist will tell you — if this theory does have impact, it is far greater for those working part time. In particular, those looking after children and deciding that more work (and more childcare) stacks up might boost participation rates. But, of course, the vast majority of people in that situation are not earning over $80,000.

And, of course, the whole economic case for the GST increase collapsed because the growth dividend from the associated income tax cuts was, in reality, negligible.

With that traditional economic case for income tax cuts hitting the floor, the backup argument is that they deliver an economic stimulus, which is needed because the economy is slowing. The reality is that the government would get much better growth and stimulus from spending the money itself — by, say, increasing the level of unemployment benefits, where a far lower proportion of the outlay would be saved or spent abroad.

However, what is less commented on is the ongoing effect of a whole series of income tax cuts built into the system over the past dozen years.

It was only a few years ago that the tax-free threshold was $6000. It has more than tripled to $18,200 now. We had tax cuts that actually over-compensated for a carbon price. But now we have no carbon price.

In essence, Australians have been compensated for bracket creep — in advance.

Then there is the company tax cut push. Again the Treasurer would achieve a lot by doing nothing. There simply is not a strong economic case for any tax cut.  You would have thought there wasn’t a political case either.

With tax avoidance scandals and widespread corporate malfeasance, giving a tax cut to some of Australia’s largest, most profitable corporations would seem like the exact opposite of political sense.

Let’s take the banks, for example. Even a small tax cut down to the current rate for small business of 28.5% would deliver an estimated $8.1 billion over the next decade to just the big four banks alone. To suggest that this is a sensible way to spend that amount of revenue to banks already making multibillion-dollar profits is nonsensical.

Let’s fantasise for a moment that good economics might trump politics on budget night.

That being the case, Scott Morrison should start with that old adage “first, do no harm”. When it comes to income and company taxes, the Treasurer should do nothing. 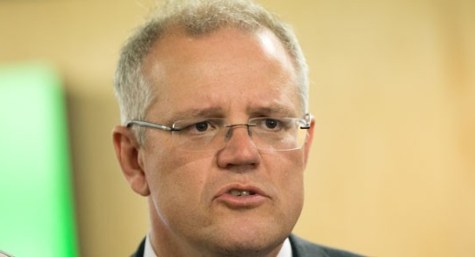 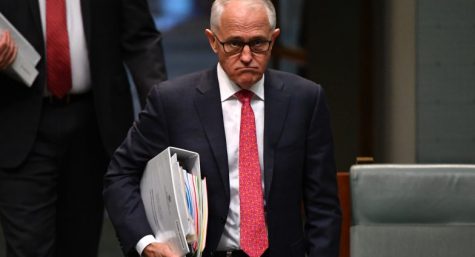 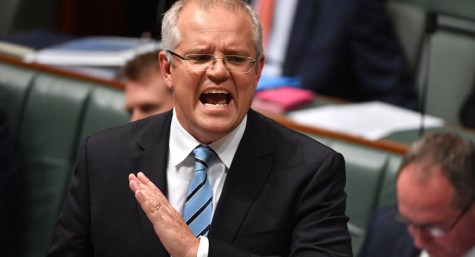 Not only don’t I know what my marginal tax rate, I don’t know what my taxable income was last year. Nor do I know how much tax I paid. In previous tax years, the ATO sent me a statement with these details, plus a breakdown of where the money went notionally. For the year 2014-15 – nothing.

‘… theory that tax cuts deliver a growth dividend is based on the idea that cutting taxes will increase the participation rate, …’
Could an economist enlighten us please?- what is the difference between this theory and the discredited Laffer Curve arguments that were around during the Reagan era?

Nothing. It’s just standard trickle-down economics. It wasn’t true then, it’s even less true now with our relatively low, flat income tax structure and it’s unlikely to ever be true in the future.

Economies are driven from the bottom-up, not the top-down.

Almost entirely correct: it’s warmed-over Reaganomics, and it hasn’t worked yet, so why aren’t they ditching it by now?
One minor quibble: It -is- possible to set the tax rate high enough to discourage effort; I simply don’t believe Australia’s had that kind of tax rate for at least the past 30 years.

I’m sure you could theoretically set the tax rate high enough to discourage workers, but it would have to be very high and more importantly cut in at very low income levels.

Post-WW2 USA – the most prosperous period in human history – had top income tax rates of 70, 80, 90% ! Yet quite clearly only a tiny minority, if any, were “discouraged”.

Given here are so many companies (I read somewhere 600) don’t pay any tax why isn’t there full employment?

Good question…of course, it’s one that the Fiberals aren’t interested in asking OR answering.

@extra – it is the discredited Laffer Curve nothing more, nothing less.

My wish list:
1) Negative gearing to be changed from offset against all income to offset just against other investment income, introduced incrementally over several years.
2) Concessional capital gains tax abolished from 1 July 2016. Howard and Costello’s dumbest idea.
3) Excise on cigarettes increased so that average packet of coffin nails costs a hundred bucks, not $40.
4) The double standard of discouraging smoking and encouraging purchase at the border via a duty free concession is removed.
5) Return of increases in Medicare rebates which have been frozen for several years, and nearly 10 years in the case of anesthetists.
6) No change in corporate or personal income tax.
7) Corporations with large earnings to be taxed on either 10% of earnings, or 30% of profit, which ever is higher.
8) Emissions trading scheme.
9) Peter Dutton to be incarcerated on Nauru.

“What’s more, with wages growth at record lows and new deflation fears appearing, the idea that bracket creep needs urgent remedy is almost absurd.” Seems to me that the fact it wouldn’t have much impact is a good argument for addressing it now: bring in tax indexation at a time of low wage growth and it won’t cost much, but it means taxpayers will be protected if inflation takes off again in the future.