Wikipedia page of rapist-led cult whitewashed from inside the ATO

An ATO employee has been using a work computer to whitewash the Wikipedia page of a South Korean cult, whose leader is in prison for multiple counts of rape. Freelance journalist John Power reports.

An Australian Tax Office computer has been used to whitewash information online about a South Korean cult that has recruited Aussie women as “spiritual brides” for its leader, a convicted rapist.

Crikey can reveal an ATO employee has used her work computer to make favourable edits to the Wikipedia page of Providence, also known by the names Jesus Morning Star (JMS) and Christian Gospel Mission.

Under a pseudonym, a lawyer with the ATO has gone to considerable lengths to beautify the Christian sect’s Wikipedia page since August last year. Crikey has chosen not to name the ATO lawyer involved.

The effort has included scrubbing references to Jeong Myeong-seok’s sexual assaults and an incident in which cult members broke into and trashed a newspaper office in South Korea in retaliation for negative press, as well as mentions of the term “cult”. Jeong was charged with rape in 2001 and was captured in Hong Kong in 2003 but vanished while out on bail. He resurfaced in 2007 and was found guilty of rape in 2008. An appeals court added four years to the original six-year sentence in 2009.

The ATO lawyer also changed the Wikipedia page to challenge the integrity of Jeong’s conviction and South Korea’s justice system and insert glowing passages about the founder’s character and art, describing his poetry as conveying “the freedom within God’s truth and love”. Several times the lawyer revealed she was editing the Wikipedia page from an ATO IP address, and she edited the page at all times of day and night, including during the week.

Crikey can further reveal that the same lawyer tried to have material about Providence removed from the website jmscult.com, run by Peter Daley, claiming it had breached copyright by using images and videos of the sect.

The lawyer did not claim an ATO affiliation in the letter, instead referring to herself as an “authorized representative of Christian Gospel Mission”.

When contacted by Crikey, the ATO employee initially denied responsibility, but then admitted to both editing the page and sending the letter.

But she said her personal beliefs had nothing to do with the ATO and that most of the Wikipedia editing had been done outside of work. She also said she had done most editing in her “down time”, though Crikey can confirm the IP address associated with some of the edits to the Wikipedia page is an ATO computer.

The lawyer also denied Providence was a cult or even controversial, claiming it had been persecuted and that Jeong’s conviction was faulty.

“Just because he was convicted for an offence doesn’t mean the organisation is bad,” she said.

A former Providence member, who previously described being left suicidal by her time in the sect, told Crikey she lived with the lawyer and several other members at a house in Canberra in 2012. According to the ex-member, the lawyer at the ATO would talk openly about promoting the cult at work.

The ex-follower, who asked to remain anonymous for fear of reprisals, said the Canberra crew moved to Melbourne following an expose on Providence by SBS’ The Feed in 2014.

The program found Providence had encouraged young female members to see Jeong as the messiah and their lover, and several women had visited the 71-year-old in prison in South Korea. Providence failed to respond to most allegations against it, but it has insisted it is a legitimate Christian church.

“With the leader due for release next year and with growing awareness, the group is involved in an international effort to whitewash the internet and stifle free speech in order to aid their recruitment efforts and their indoctrination program,” he told Crikey.

“Criminal complaints against me and other outspoken critics are the most obvious attempts to silence critics, but behind that are the issuing of dozens of false copyright claims directed at YouTube videos, emails threatening further legal action — one sent to my work email, which isn’t so easy to come by — and the efforts to whitewash Wikipedia are all part of a wider organised effort.”

Following a tip-off by Daley, the ATO’s Fraud Prevention and Internal Investigations Unit looked into the lawyer but declined to take any action. It did not provide a reason for its decision in correspondence with Daley.

Crikey has lodged a freedom of information request with the ATO to see the results of the internal inquiry into the lawyer and the rationale for taking no action.

Several attempts to contact the head of the unit, Brett Irwin, were unsuccessful. An employee at the unit, however, said that information about its investigations could not be released over the phone due to the Privacy Act.

ATO promises independent appeals process — but will it be fair? 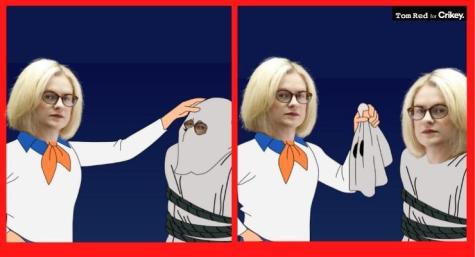 At the very least, the ATO lawyer should have been removed from the public service.
What kind of outfit is the ATO running????

Someone edited a controversial Wikipedia page while on break at work? I think if your objective is trying to hold the government responsible, you are missing a bigger picture. Just saying.

This is news? And aren’t people allowed to edit wikipedia?
I’m sure that there are plenty of ATO employees checking social media while at work…

Bit of a difference between checking social media and taking orders from a Hitler-praising convicted serial rapist who has been accused of raping over 1,000, being part of a wider project to whitewash factual information and intimidate critics, and moonlighting for him as a lawyer. .. on tax computers. The cult she is a member of, and it’s a shame she’s been indoctrinated so completely, has committed violence against reporters and critics. It meets pretty much every definition of a terrorist group. Why wouldn’t that be news?

Are you serious? Is this worth news? Who cares about a Korean cult in Australia? And it is kinda hard for me to believe that an aussie is a member of the cult. I think westerners are more awake than that, not following some Asian cult from a small country.

Theer’s nothing unique abo0ut Australian that helps resist indoctrination. Why wouldn’t you care about a cult led by a serial rapist recruiting on campuses and in schools? Does his nationality matter? There are plenty of home-grown cults and plenty more from Western countries that operate here – Scientology for one, not to mention terrorist groups which use the same indoctrination techniques. The problems cults and extremism cause are enormous and I really don’t think they need to be spelled out. It’s a shame that some people really do not care either through ignorance or indifference.