Miranda Devine still does not like Peta Credlin. Plus other media tidbits of the day.

Blaming the chicks. The final months of Tony Abbott’s reign caused no end of infighting among Australia’s most rusted-on Coalition-supporting columnists, who disagreed as to whether Abbott was hard done by or totally losing the plot. It seems the infighting continues, with Miranda Devine using her News Corp blog to note her displeasure on Sunday about being pointed out as one of only two named critics of controversial chief of staff Peta Credlin on colleague Andrew Bolt’s new Sky News show:

“Abbott appeared this week on Andrew ‘Delcon’ Bolt’s new Sky show where he was asked about ‘critics’ who urged the removal of his chief of staff Peta Credlin.

“The only people named were two women: me and Niki Savva, with the implication that criticism of Credlin was somehow a ‘women problem’. Meow.”

It’s not the first time the suggestion has been made, Devine wrote, so, for the record, she listed some of the scores of people who expressed unease at Credlin’s role in the government. “Let’s not rewrite history to blame the chicks.”

We doubt we’re going to see an end to attempts to recast the Abbott legacy. The Sunday Times (News Corp’s Perth weekly) used its front page yesterday to announce its new columnist. Credlin herself is joining the stable. She’s already signed to Sky as an election commentator. 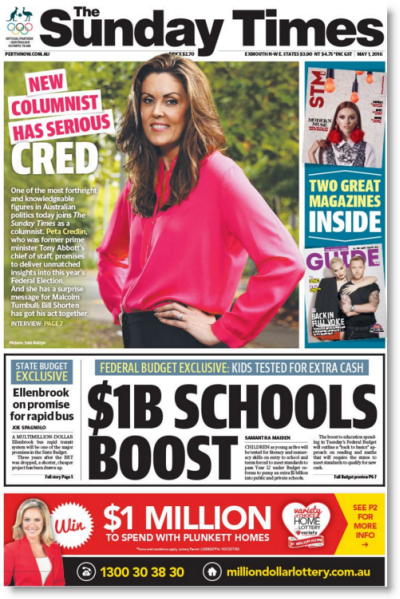 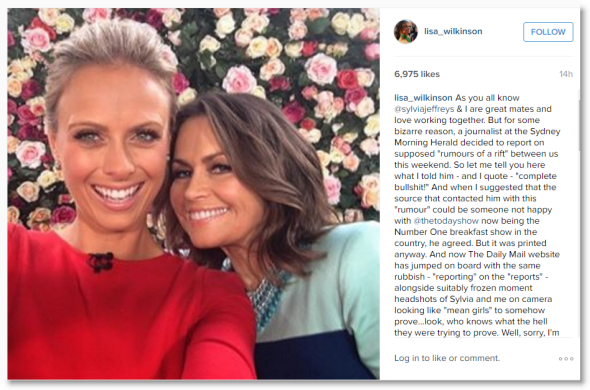 Where did the rumours of the “rift” come from? Fairfax writer Andrew Hornery brought it up on Friday, saying all was not well in paradise:

“Behind their beaming smiles the knives are out between Australia’s duelling breakfast television shows Today and Sunrise.”

Video of the day. Barack Obama swings for the fences in his last White House correspondents’ dinner speech. 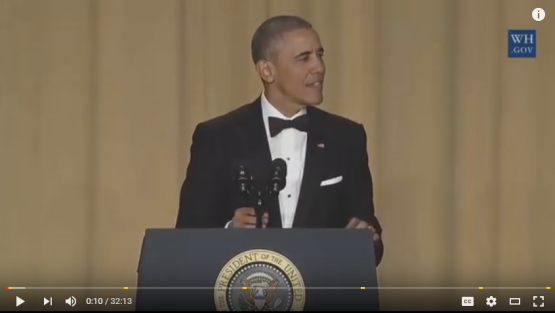 It is a joy to listen to Blot & his Hobbsean mate, Poison Dwarf Price still screaming in their sandpit at the loss of their Saviour.
It now has the added frisson created by Ms Undivine’s DelCon coinage.