This week the adult industry fingered former prime minister John Howard for personally being responsible for banning certain types of pornography he didn’t believe in.

As Crikey reported earlier this week, Eros Association’s Joel Murray made the startling claim at Senator David Leyonhjelm’s inquiry into nanny state laws that the former prime minister personally took offence at a certain type of pornography and sought to have it banned:

“Some fetishes used to be allowed within the X classification. It is my understanding that under John Howard as prime minister the X classification was restricted, in particular, because the prime minister was deeply offended by the idea of watersports and female ejaculation. In fact, he claimed that female ejaculation was not a true thing; whereas, in fact, science says quite the opposite.”

Crikey has been unable to verify that Howard personally took exception to female ejaculation. But it is true that under the Howard government bans on certain types of fetishes were inserted into the guidelines.

The Libertus website has a good rundown of the chronology of how it all happened. Initially, the Howard-led Coalition went to the 1996 election promising to ban the X-rated classification entirely, but to do that it needed the support of the ACT and Northern Territory governments, where it was legal to sell X-rated videos. They were having none of it, so the classification code could not be changed.

Howard then tried to remove the X classification and replace it with a more restrictive non-violent erotica (NVE) classification that would ban “mild fetishism” and bondage scenes. But when it looked like the states would also adopt the NVE category, right-wing independent Tasmanian senator Brian Harradine was determined to put a stop to it. He, along with National Party MP De-Anne Kelly, brought a number of videos — including Max Going South, Buck’s Transsexual Adventures and My Life as a She-Male in the FBI — to Howard’s office, claiming this would be the kind of content that would be allowed under NVE.

Seeing the titles in all their glory was enough to force Howard’s hand, despite it later being revealed that a number of the titles Harradine had brought to Howard were banned under existing classifications, and would not have been allowed under NVE.

NVE was abandoned in 2000 in favour of changing the X rating to exclude violence, sexual assault language and fetishes. The classification board’s guidelines for films and computer games state:

This was implemented in September 2000 and set a new standard for the type of X-rated films that could be sold in Australia. According to Hansard, when legislation putting in place these new restrictions was debated, the prime minister did not comment on it, so we can find no record of him specifically referencing female ejaculation.

Hansard does include some juicy tidbits from other politicians, however. This, for example, from Liberal MP Teresa Gambaro — who is retiring at this election, with two gay men competing for her seat:

“I had received numerous letters from constituents in my electorate about a program that was screened on the ABC in which a number of transsexuals came on stage wearing G-strings which had chocolate penises attached to the end of them. Another group of transvestites came on state and started to eat the chocolate penises. I cannot tell you the revulsion that I felt after reading these letters.”

The Australian Law Reform Commission looked into classification a few years ago and in 2012 recommended a review of the prohibition on the depiction of sexual fetishes in films, stating the ban might be out of step with the community on fetishes. As with many ALRC reports, neither the Gillard-Rudd government or the Abbott-Turnbull government responded.

In last week’s committee hearing, Murray said the ALRC’s recommendations should be adopted, to allow legal acts — such as fetishes — to also be sold as video content:

“Some legal sexual practices are more practiced by members of the LGBT community — that is, there is a great percentage of that community practicing those sexual practices. There is quite a lot of content that is restricted simply by the mere fact that other people are offended by it.”

As Crikey noted earlier in the week, the way Australian classification law is structured means people can pay overseas providers for the content that would be refused classification in Australia, and owning it is not illegal — except if the content itself is illegal, such as child abuse. It is only illegal to sell such material — except in Western Australia, where it is illegal to own. 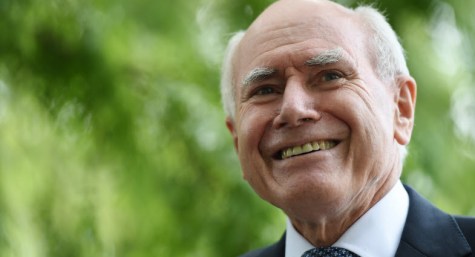 What is it about Bob Debus and Japanese p-rn?

The classifications are out of step with reality: Australian masturbators have a very broad selection of non-violent smut at their, err, fingertips.

Conservatives: the only people more interested in sexual activity than the participants.

I’d love to comment, but if I used any of the juicy bits from the article, your automatic moderation would say Crikey and go into overdrive.