Exclusive watch. Australia’s most pre-eminent news outlet can exclusively reveal that Channel Nine did, in fact, pay for the abduction of Sally Faulkner’s two children off the streets of Beirut. The paper has proof that no other outlet in Australia has, and that is why you should buy this particular paper … 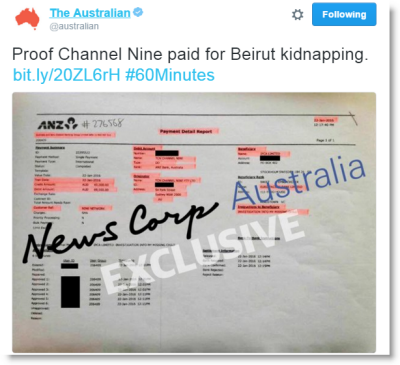 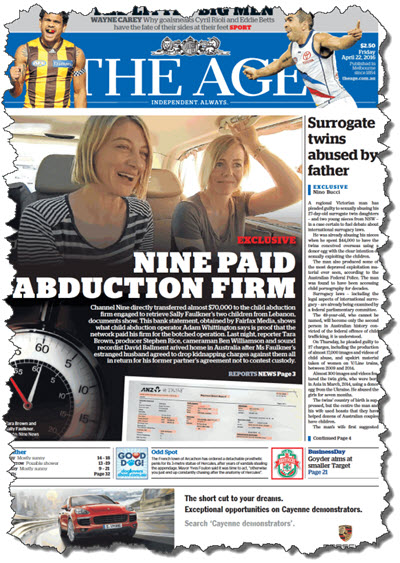 Mark Scott blames govt for ABC’s Sydney focus. Does the ABC do enough for regional Australia, or is it too focused on Sydney? The latter has been a complaint leveled against the national broadcaster for years — and departing managing director Mark Scott says the government is to blame. Yes, the lion’s share of ABC content and news is created and produced at Ultimo (and outsourcing does not help this disparity), but Scott told ABC radio host Jon Faine that it was a budgetary reality:

“There’s no doubt that when you get a funding cut that one of the things you instinctively do is centralise so as to drive efficiencies, but we are looking to make the ABC into being as broad and as inclusive as possible.”

How the west was monopolised. The Australian Competition and Consumer Commission had better polish off its media data and summon some courage — it is heading for clash with Australia’s two most powerful commercial media groups, the Murdoch clan’s News Corp Australia and the Seven West media and its controller, Kerry Stokes.

Media reported overnight that a plan by News to sell the sliding Sunday Times to Seven West Media moved a step closer yesterday when management briefed staff at the paper about secret plans. The story has been around for a year now, and if it happens, would give Stokes and Seven West the newspaper monopoly in Perth and much of Western Australia. Seven West already controls The West Australian and other publications. Seven West also controls the Seven Network, which is the dominant TV outlet in Perth and the rest of the state.

The future of the Sunday Times’ online website PerthNow under the merger is unknown. The West Australian has its own digital news site, which is stuck in a tight contract through a local joint venture with Yahoo 7.

In 2011, Stokes’ West Australian Newspapers Holdings bought Seven Media Group in a deal worth $4.1 billion, creating Seven West Media, which is now worth just $1.5 billion, with the difference being written off in a series of asset impairments by management and the board.

The ACCC would normally knock back a takeover, but News and Seven West will produce evidence (no doubt) showing how the likes of Google, Facebook, Ninemsn, BuzzFeed, etc, are taking their business and are the new competitors. Seven and Sky News (39% owned by 21st Century Fox, the other Murdoch clan company) between them control 66% of Sky News, the only local pay TV news operation. Seven and Sky and News are in talks about the future of Sky news on Foxtel after 2017. Will News buy Sky UK out of Sky News in Australia?

The merger would be allowed in the wake of the proposed media law changes by the federal government, which have now vanished in the move to a July 2 poll. If those changes had happened, ACCC approval might not have been needed. — Glenn Dyer

Not so friendly rivalry. A rival has tried to sabotage Channel Seven reporter Paul Dowsley’s interview … 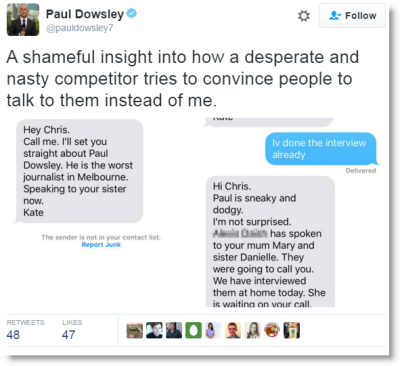 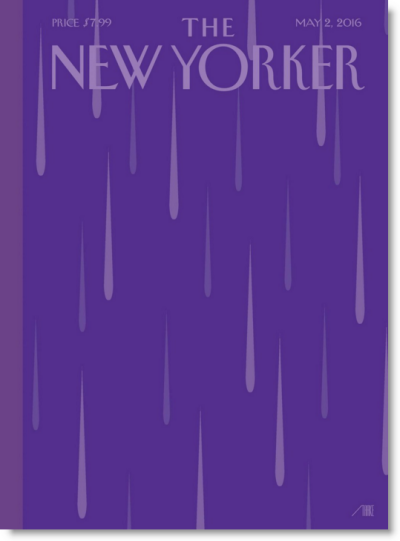