Pollies on hols … sun’s out, guns out for Muir … party prophylactics …

School’s out. It’s a strange kind of twilight zone at Parliament House today, with nothing on the agenda: 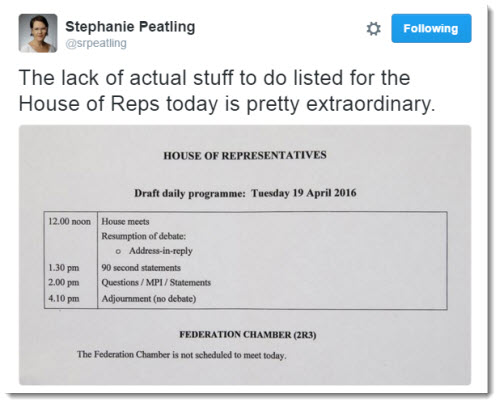 That’s right. Nothing. After the ABCC bill failed last night and the bill to abolish the Road Safety Remuneration Tribunal passed, the prorogued Parliament has no official business. That doesn’t mean there’s nothing to do, though. Clive Palmer appeared, arriving at a Transport Workers Union rally in his Bentley: 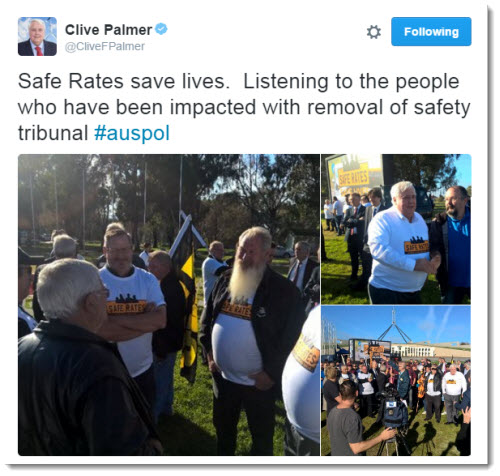 Palmer’s only senator, Dio Wang, voted to abolish the RSRT last night, so we’re not really sure why he was there. It’s also been a good chance for government ministers to find new ways to comment on the almost-certainty of a July 2 election: 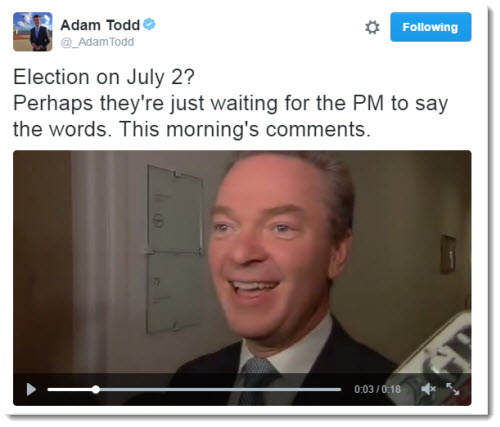 Or the dog gets it. Leonardo DiCaprio is lucky he finally got his Oscar, because next year’s Best Actor award has Johnny Depp’s name all over it. Depp and his wife, Amber Heard, have appeared in the cinematic masterpiece titled “Johnny Depp and Amber Heard: Australian Biosecurity”, which Deputy Prime Minister Barnaby Joyce has described as an audition for The Godfather: 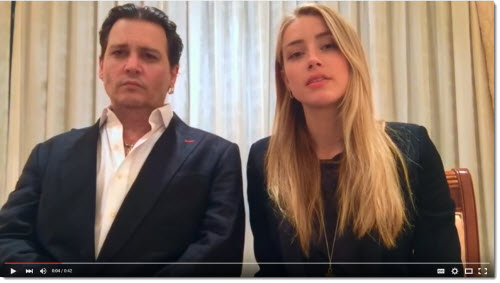 The video, apparently made at the suggestion of Heard, cost the Department of Agriculture nothing to make, but it has already well surpassed every other video the department has ever uploaded, with more than 700,000 views. The best version, however, is this by Australian comedian Natalie Tran, showing what is going on behind the camera: 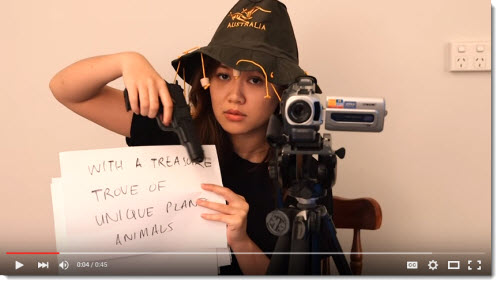 Ricky get your gun. Senator Ricky Muir represents the Motoring Enthusiasts Party, but being a man from Gippsland, his enthusiasm extends to firearms as well. While the Senate was still debating the ABCC bills yesterday, Muir posted this video to Facebook, where he explains the way the Adler shotgun works and emphasises that it is not a semi-automatic weapon by firing the gun. With a double dissolution election on the way, Muir needs to make sure he gets his face in front of as many voters as possible — so they can recognise it when they see it on the ballot paper. 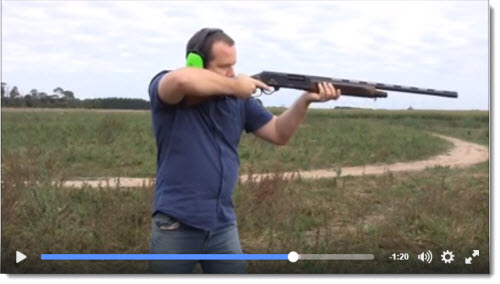 Scaredy cats. A Liberal councillor and former candidate for preselection has criticised his own party, saying members of the Liberal Party are scared to speak out “due to retribution”. Wagga councillor Andrew Negline is quoted by The Daily Advertiser calling for the party’s MPs and candidates to face performance reviews:

“As we can see with Bronwyn Bishop, the party doesn’t manage the transition process well. There needs to be a process by which candidates undergo performance reviews. Daryl’s (state MP Daryl Maguire) been there for 16 years with the same old, same old and locally everyone’s complained there’s no transition planning, meaning there’s no fresh ideas. Back in the 80s Wagga had 300-plus members in the general branch, but I think at last count there were just 41 registered members in the general branch, which is reflective of apathy out there.”

How the American Scholar views AFL. While many Americans seem not to appreciate the great game of Aussie rules football, this essay that appeared in American Scholar over the weekend shows the game the reverence it deserves:

“The feeling in the air was ancient with blood and joy and the players are incarnations and avatars of a very old thing for which I cannot find a word — it is composed equally of danger and delight. Even little children were shouting. There was a great deal of clan in it. I stared with fascination. There is hunting and killing in it. There is war in it. The war is shaped and trammeled and regulated, but here and there it bursts out snarling and the crowd roars with something riveting and frightening at the same time.”

*Heard anything that might interest Crikey? Send your tips [email protected] or use our guaranteed anonymous form

Barnaby Joyce and the long-lost relations

I like Depp’s sense of humour.
… Wonder if there’ll be any copy-cat smuggling?

Ricky Muir just proved his is a fool. I used to own a pump shotgun. It held less shots than this Adler atrocity, but it could easily have killed six people before reloading and I think it would have taken about 45 to 60 seconds. There is a reason why the US coppers love them. The Adler holds more shots and I suspect would be quicker to load. No one needs these things except maybe professional feral animal cullers in a chopper. And I mean professional, not the numbskulls that the Shooters and Fishers back in NSW.

“Penis enlargement not working? Buy a weapon of mass destruction!”?

I’ve just noticed the REPLY option below each comment – does this mean that we will be spared gNormless’ solipsistic inanities filling our Inbox in future? (Surely not even he, fuelled on PBS meds could belabour each individual with his solecisms… would he?)
That would be good but I do want to see what other, less obsessed people write but where is no “see further comments” option as was the case previously?