What is it like to live in community housing in the Northern Territory?

You can read more here. 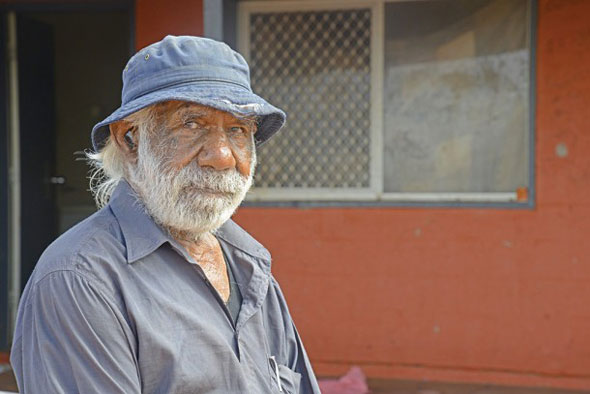 Phillip Lane (above) shares a Papunya house with his wife and seven children and grandchildren. His evaporative air conditioner hasn’t worked in years, and the outdoor taps, vital for keeping cool in summer, are broken.

Inside the house the swampy is switched on but doesn’t seem to be doing much. Phillip says when he switches it off, water drips from the ceiling onto the floor. “It’s getting hot and hard to sleep,” says Phillip.

Like many in the community, Phillip is left to deal with repairs and maintenance himself. Fed up with waiting, he fixed a wiring fault that was causing the power to trip out whenever the stove was turned on. “Me and my wife just drove over to the dump and we seen one stove,” he said. “I jumped out of my vehicle and I got the wire from that old stove, took him out, bring him down here, now it’s working.” 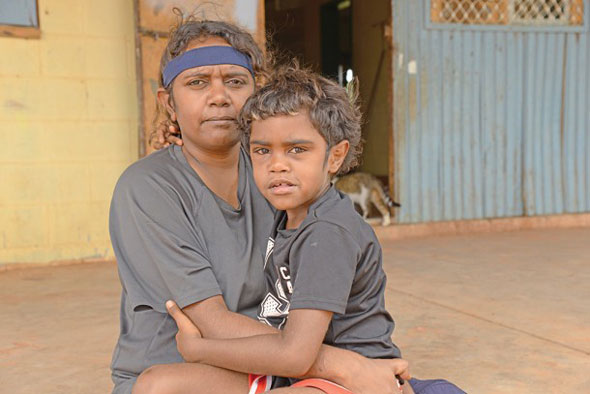 When lawyers surveyed Jasmine Cavanagh’s house in Santa Teresa, they found problems including serious electrical faults, roof leaks and a broken oven. Her “front door”, which would be more suited to a shed, had no door handle and couldn’t be locked. Jasmine (above) said she was concerned for the health and safety of her family. She’d once caught her nine-year-old daughter trying to turn on a broken electrical switch in the kitchen with a knife.

“I’ve had all these problems, inside the house and outside,” she said. “Me and my kids didn’t have a [working] shower for almost two weeks, we had to go to family’s house.” “I hope all these houses get knocked down and they build new ones.” 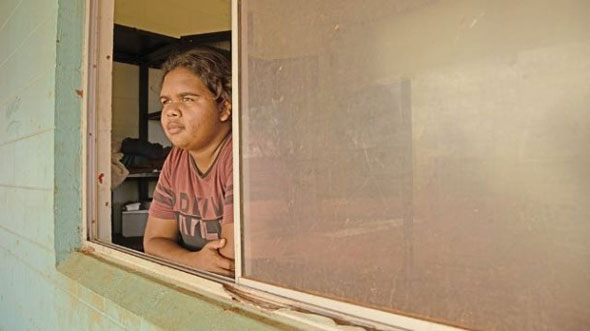 Childcare worker Courtney Ward (above) is 18 years old and lives with four other adults and a 10-year-old boy. Until very recently, an electrical fault meant that she had no power in half of the house, including the kitchen. Her family lived like this for at least nine months.

“We used a portable electric stove and cooked in the lounge room,” she said. “It was hard.”

One of Courtney’s biggest concerns is that the house isn’t secure. Many of the windows and screens are damaged, and one window has been completely knocked out following a break-in. 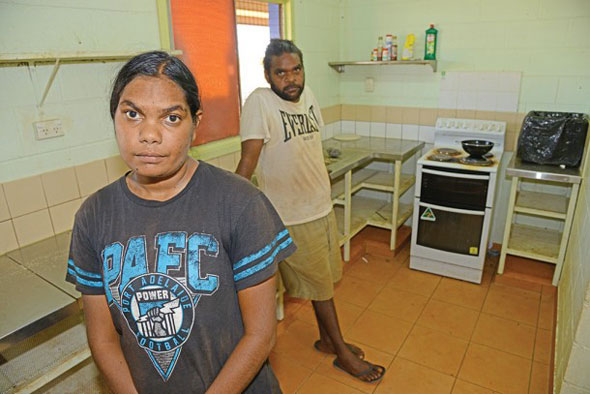 Suzette Ward (above) lives with partner, Jeremiah Butcher, and her four-year-old son. The house has no air-conditioning and can’t be secured. The roof leaks and trips out the power when it rains. “Water leaks from the roof, through that corner where the power box is,” she said. “I’m really scared from that thing, if it leaks, that thing will go spark.”

The kitchen is surprisingly bare of cooking utensils, pots and pans. That’s because the oven has never worked, and as a result the kitchen is hardly ever used.

When Suzette wants to cook, she goes next door to a family member’s house. “When we put something in the oven or grill it smokes really badly and there’s a really bad smell,” said Suzette. “I tell them the same thing, every month, but they don’t do anything.”

Suzette says living in the house makes her really unhappy. “I’m sad for my house, they’re not fixing things properly, they just come and look and then they go …” “I always say to my husband, ‘Oh this house, we can’t stay here, can we go somewhere else to stay? But we can’t, there’s a lot of family staying in the other houses.” 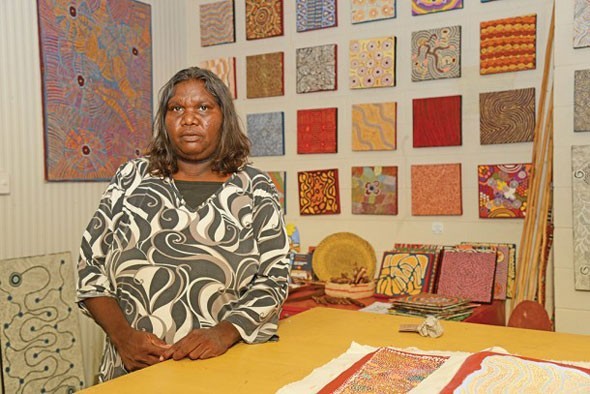 Art worker Isobel Major (above) lives with her partner, children and her two-year-old grandson. During winter, a faulty solar hot water system left them with no hot water for two months. After making multiple calls for help, the system was finally fixed when she asked her grandson’s health worker to intervene.

“I was angry,” she said. “I was ringing up every day, every day, for my hot water. “Sometimes you feel angry in your body.” Isobel says trying to solve the issues over the phone is hard. “They should have people here in the community, hey, where they can fix it really quick, instead of talking on the phone. You have to talk on the phone all the time … you wait one week, two weeks, then ring up again. They won’t listen.”

*Declaration: Bob Gosford is employed by the Central Land Council.

This is not just a tale of neglect and decay. It is a tale of racism. It shows as aptly as “abbo bars” and the high gaol rate what the systemic racism in the Northern territory is like. It is a shame to Australia and governments both local and federal should, but likely will not, take serious steps to introduce a new range of criminal offences that will help suppress the racism. That will not be enough: we need a change in culture and limits on ownership rights that have been used to disadvantage our first people from the start of european settlement up to today.

No sympathy for these lazy bums. If they want a nice home they can work hard for it like the rest of us. Contrary to popular myth, they actually don’t even need an education these days. There are plenty of people who never finished school making a go of it in a trade or other self employment. All that’s required is a desire to WORK.

The important untold in faux progressive circles such as Crikey is the one about how good intentions, emotive blinkers and preconceived prejudices about how disadvantaged people of all stripes have suffered at the hands of clueless Do-Gooders.