Who says money buys influence? The facts, apparently. And other media tidbits of the day.

Losing that buzz. The buzz is going from BuzzFeed, according to figures quoted in a Financial Times article overnight. In fact the online news service looks like it’s suffering from the same complaint that its analogue competitors are in print: a shortage of revenue. The FT report said BuzzFeed “missed its revenue target for 2015 and has slashed its internal projections for 2016 by about half, raising questions about whether the online news and entertainment network can meet the sky-high valuations put on new media groups by investors”.

BuzzFeed had forecast about US$250 million in revenues for 2015, but generated less than US$170 million, the FT reported. As a result, BuzzFeed has slashed forecasts for this year and the new revenue target is US$250 million (yes, the one that was the 2015 target), instead of the overly optimistic half a billion dollars. The miss means the high valuations on BuzzFeed are now in doubt — it had a value of US$1.5 billion in mid 2015 after NBCUniversal, the US media company (which is part of Comcast) invested US$200 million. That made BuzzFeed a “unicorn” (an unlisted tech start-up worth US$1 billion or more).

According to the FT, BuzzFeed disputed the story: “We are very pleased with where BuzzFeed is today and where it will be tomorrow. We are very comfortable with where the digital content world is going and think we are well-positioned.” But no figures, which is always a concern, and a de facto confirmation of the FT’s basic point. It seems millennial media is about to go the same way as every other internet fad: backwards. As reality hits, revenue falls short, profits remain elusive and staff start disappearing. — Glenn Dyer

Who says money buys influence? Just three newspapers have so far endorsed Donald Trump to be the Republican candidate for president. One is supermarket celebrity gossip rag The National Enquirer. The second is white supremacist newsletter South Carolina Action Report, affiliated with the South Carolina Conservative Action Council, whose Facebook page (it does not have a website) reads: “We are the SCCAC. We are decades-long fighters against POLITICAL CORRECTNESS and for liberating Southern truth. Re the Flag, our message of NO COMPROMISE.” (And yeah, they mean that flag.)

The third is The New York Observer.

One of these things is not like the other — in that only one of them is owned by Trump’s son-in-law, Jared Kushner. As New Republic reports:

“The fact that the Observer seemingly didn’t have a choice but to endorse Donald Trump only makes its endorsement more remarkable, in that it overextends in making the case that this isn’t all about family. It attacks ‘the nattering of the cognoscenti — the media elite, the professional political class and the people largely insulated or directly benefitting from the failures of the last seven years,’ while also defending Trump’s populist appeal and skating over the fact that the Observer and Kushner are very much a part of that elite. The art for the endorsement is its only tasteful touch — a photograph of a grimy truck with ‘Trump 2016’ spray-painted on the back.” 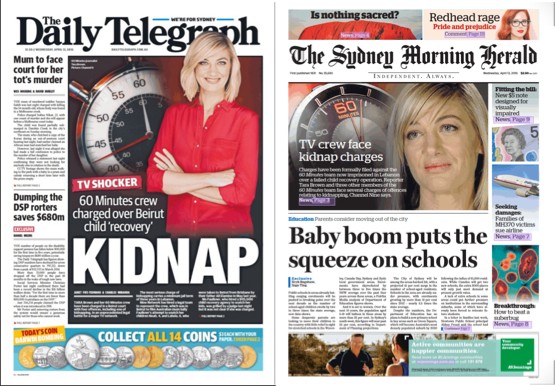 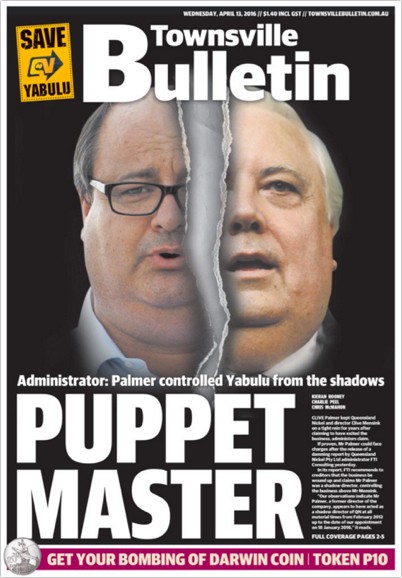