Does one angry blogger trump a three-year campaign? And other media tidbits of the day.

Does one angry blogger trump three-year campaign? Accusations the ABC is running a “carnage-strewn bloodhouse” — made by News Corp’s Tim Blair because the ABC’s new industrial agreement contained a clause for domestic violence leave — have drawn an angry backlash on social media, with many accusing the lefty-baiting blogger of making light of domestic violence.

It’s a no-doubt familiar situation for Blair, who appears to thrive on this sort of thing. In the past, he’s called a prominent feminist “Cankles McBabystopper” on his blog and he lets readers vote on which feminist is the country’s greatest “frightbat”.

But his latest post has prompted no small amount of consternation within News Corp itself, which, it’s worth noting, approved an industrial agreement with the same domestic violence leave provisions some weeks ago (it sailed through with no contention).

In Melbourne, the Herald Sun has been a key campaigner on domestic violence (through its three-year Take a Stand campaign). It helped spark a royal commission on the issue. Other News Corp papers have also made efforts to include sympathetic coverage of the issue. The industry as a whole is absorbing new domestic violence reporting guidelines released by the Australian Press Council.

One News Corp insider remarked to Crikey this morning that even though the company’s newsrooms are, for the most part, headed by conservative white men, the papers have done a terrific job on domestic violence reporting in recent years. But we’re betting not too many people will remember that when confronted with the work of one Tim Blair. — Myriam Robin

Torture video OK: Press Council. News.com.au did not breach the Press Council’s guidelines when it embedded a video of four women in Papua New Guinea being tortured — tied up, burned and beaten by machete-wielding men — because readers were given sufficient warning the material would be distressing, and there was a strong public interest reason to show the video.

The adjudication, published today, says the council queried News.com.au after being alerted to the distressing video. The publication responded by saying the video was important to show because “the PNG Government had been disregarding sorcery-related violence and this issue was of significant public interest”. PNG, it noted, was a close neighbour and significant recipient of Australian aid. The Press Council accepted this, finding no breach of its standards. — Myriam Robin

Ten’s blocker-busting video. As the media industry grapples with the revenue consequences of browser advertising blockers, Network Ten has embarked on one solution: partnering with an American company that stitches ads into its videos, making them impossible for ad blockers to filter out.

Brightcove works by choosing and attaching ads to videos in the cloud, instead of on a user’s browser the way it normally happens. Because of this, it claims, its ads can’t be avoided with ad blockers.

Ten’s general manager of digital, Liz Baldwin, says the technology will deliver a “broadcast-like experience for audiences”, and give advertisers “greater assurance their content will be seen by their intended audiences”.

The company’s Australia/New Zealand boss Mark Stanton said in a statement that one good thing about “server side” ad insertion is that the video will just buffer, without the “jarring disruptions of client-side ads such as video buffering, spinning wheels and poor video quality”. — Myriam Robin

The Guardian‘s price hike. As the Guardian Media Group prepares its hit list of jobs (and those occupying them) to be cut in its multimillion-pound cost-cutting blitz expected later this month, the company has taken the now usual step of a struggling print media group and boosted the cover price of its papers. Management no doubt crossed its fingers in the hope that its loyal readers don’t desert them.

From tonight, our time, The Guardian is increasing its weekday print cover price by 20 pence to 2 pounds a day (A$3.75). It was only a year ago that The Guardian’s weekday cover price rose by 20p, so in effect the price rise is a massive 25%, which underlines its weak financial state. The parent company has said the paper lost just on 59 million pounds by the end of March (its end of financial year). That’s around A$110 million. And the price of the Saturday edition will go up 20p to 2 pounds 90. The Observer on Sunday will rise 10p to 3 pounds. The Press Gazette made the point that:

“Following the closure of The Independent, The Guardian is now the lowest selling UK national newspaper title, according to ABC. In February, its sales fell 8.5 per cent year on year to an average of 161,152 per day. The Financial Times is the only UK national newspaper which is more expensive, at 2.70 per day. The i sells for 40p, the Daily Telegraph costs 1.40 and The Times costs 1.20.”

So bad news for The Guardian but also bad news across the board. According to the Nielsen research group, print advertising revenues across Britain’s national press fell 16% in the first quarter of this year, double the 8% slide for all of 2015, which triggered several moves by publishers to cut costs and contributed to the close of The Independent and its Sunday stablemate. The Guardian is expected to release details of its moves by the end of April. — Glenn Dyer

The Justin Trudeau Effect. Canada’s most conservative newspaper group is crippled and looking increasingly like it will either collapse or be broken up and sold off — a fate that will only postpone the inevitable. Postmedia is Canada’s largest news publishing company. It owns the National Post and dozens of local papers across the country. It has spent the past three years being battered by the same decline in advertising revenue that has hit other newspaper industries in the United States, Australia, Germany, New Zealand, France, China and Italy.

However, its financial position has worsened in recent months and the first-quarter financial report (to the end of February) showed that while the Sun Media chain acquisition in late 2014 boosted print revenues 53% and digital revenues by 24%, the underlying result worsened significantly.

Postmedia said late last week it made a net loss of C$225.1 million for the three months ending February 29, compared to a C$58.2 million loss in the same period of 2015. The company’s worsening financial state has one of its biggest supporters and debt holders, US investor and hedge fund Golden Tree, looking to jump ship, if it can, by selling its interests in Postmedia’s shares and debt.

While a small point, the defeat of the Conservative government of the then-prime minister Stephen Harper by the Liberals led by Justin Trudeau has hurt Postmedia; it and its CEO, Paul Godfrey, were big supporters (especially editorially). That fact had readers desert its papers.

Postmedia also has several links to Australia. It used to be part of Canwest, the Canadian media group controlled by the Asper family (Izzy Asper was the head), which controlled the Ten Network for more than a decade. — Glenn Dyer

Video of the day. Malcolm Turnbull turns to high-speed rail … 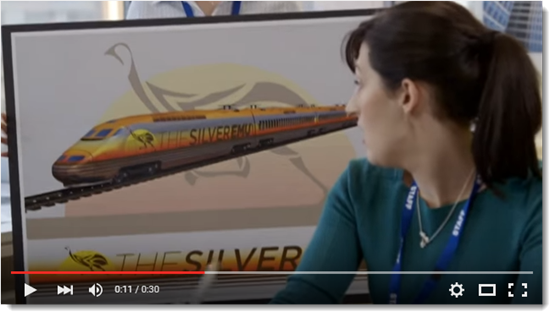 Front page of the day. Lost in translation … 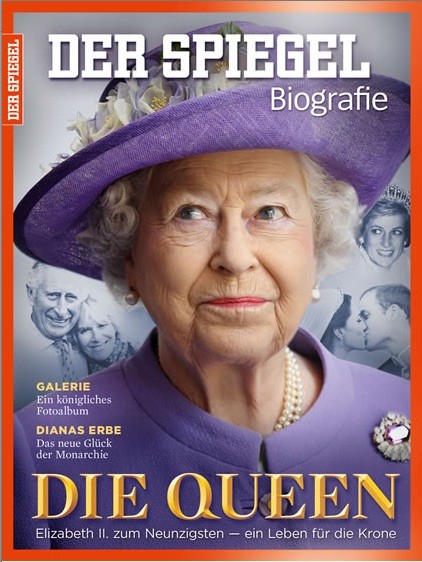 Not very nice of ‘der Spiegel’, asking the Queen to die.

OK – I know ‘die’ is definite article ‘the’ (nominative singular feminine in this case). ‘Queen’ isn’t a German word (besides being difficult to pronounce – ‘qu-‘ is pronounced ‘kv-‘) – what’s wrong with ‘Königin’?

One doesn’t need to be a monarchist to feel that Der Spiegel has offered a gratuitous insult to poor old Queen Elizabeth who’ll be 90 in a few days’ time.

I think that it was deliberate else they’d have printed Die Königin. I know that Germany is currently peeved to the back teeth with the UK, but really!

Ten’s blocker-busting video … still won’t be watching it. I have always wondered why one would pay for one’s internet in order to watch otherwise free video. But to pay for one’s internet to stream ads to me which I can’t avoid is just madness! It’s like the main reason I don’t have foxtel. You have to pay to be shown ads! Madness!

Tim Blair. What a tosser.