It is Goldstine, not Goldsteen ... religions to keep tax-exempt status ... stranger than fiction ...

Further adventures of Freedom Boy. Freedom Boy Tim Wilson has made a lengthy appearance on Melbourne community radio station Joy FM, reiterating his views on section 18C of the Racial Vilification Act but refusing to say whether the Safe Schools Program should be funded by the federal government past the current funding commitment of $8 million. In an interview with Ben Grubb on the station’s new news and current affairs program The Informer, Wilson also went to great effort to correctly pronounce the name of his soon-to-be electorate. According to Wilson, it’s not “goldsteen” but “goldstine” pronounced like the beer vessel in a German pub. Wilson spoke candidly about his time as Human Rights Commissioner, saying it made him “more rounded” as a candidate. Asked if the role was just a stepping stone into politics, Wilson said it “actually hurt” his chances” as the travel involved in the role took him away from local preselectors.

On the topic of further funding for Safe Schools, Wilson hedged, saying: “I have complex views on it. When it comes down to it, I think there’s a role for programs around bullying and harassment in schools if they are proven to be effective, but I think it has to be about taking the whole community with you and I’m not convinced the current people who are running it, and I’m not trying to be unnecessarily  critical, have been the best custodians of that.”

He also said that he gets along well with conservative Senator Cory Bernardi, who was one of the major campaigners against the Safe Schools program. “He has been a strong supporter of mine in the past,” Wilson said. “He’s actually a friendly and respectful person when you’re talking to him”.

Asked whether Malcolm Turnbull had been avoiding making hard decisions, he said: “I think we’ll find out in the budget and that’s where the hardest decisions are made.”

The whole interview is here.

Imagine there’s no tax on religion. As Crikey reported earlier this week, Essential polling reveals that a majority of Australians – 64% — oppose the tax-exempt status granted to religious organisations in Australia, but Labor looks like it won’t be looking to seize on the popularity of removing the exemption and also picking up additional government revenue from religious groups forced to pay their fair share. In his Sky News town hall event in Redcliffe in Queensland last night, Shorten said that Labor would allow religious groups to retain tax-exempt status:

“I think religious organisations do deserve tax exemptions because of the beneficial work they do for the community. Some organisations call themselves religions, and whether or not they’re tax-dodger or religions remains to be seen.”

Shorten cited Labor setting up the charities register, and then pivoted to talking about marriage equality.

Hair, hair. In one of the more unusual tips that have landed in Ms Tips’ inbox, we hear that a prospective intern for the office of Victorian Liberal MP and staunch monarchist Tim Smith was rejected for the gig because of her hair colour. We haven’t been told what the hair colour is, or what made it so objectionable, but we like to imagine it was green. We asked Smith if the rumour was true, and he told us to ask the Victorian Parliamentary Library was responsible for placing interns with MPs, so it was an issue for them. The library, however, told us we would need to discuss the tip with Smith. After questioning about the process of appointing interns to particular offices, Carolyn Macvean, manager of the Parliamentary Library, said “We try to match the interns to the MPs through common political/socials interests so that a positive outcome is achieved by both parties.” So maybe the hair didn’t match the decor? Who knows?

Anyone but the Greens. Along with Michael Danby’s plan to preference the Liberals over the Greens in the seat of Melbourne Ports, we hear that Carl Katter, the Labor candidate in the neighbouring electorate of Higgins, will do the same. A tipster tells us that Katter is likely to preference Assistant Treasurer Kelly O’Dwyer over the Greens’ Jason Ball. We’ve called Katter to ask whether any deals had been made, but did not receive a response.

Truth stranger than fiction. Republican presidential hopeful Ted Cruz has featured on the front page of Time magazine, in a disturbing close-up that has made us look at him in a way we never wanted to before: 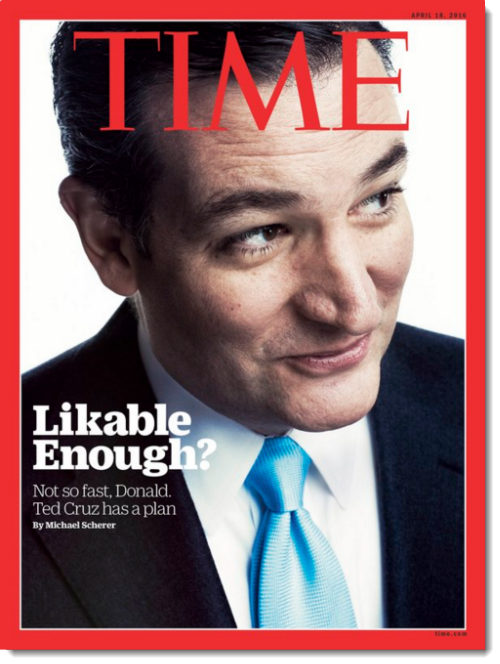 Strangely enough, satirical website The Onion predicted this a year ago, with the headline “‘Time’ Magazine Subscribers Brace For Inevitable Issue With Close-Up Of Ted Cruz’s Face”:

“‘I don’t know whether it will be next week or 10 months from now, but I know that sooner or later I’ll open the mailbox and find that face staring at me,’ said Time subscriber Susan Bartlett, who was gearing up for a glossy cover photo of the Republican candidate bearing a stern expression while half hidden in shadow or an untouched smiling portrait accompanied by the words ‘The Game Changer’ or ‘The Firebrand’ in a large sans-serif font.”

DJ Dasher. Last night brought Senator Sam Dastyari to Melbourne in the guise of DJ Dasher, manning the decks at a fundraiser for Tim Watts at a Footscray pub. Both Dastyari and Watts have released their playlists for the night, to mixed reviews. DJ Dasher’s song choice has some moments of brilliance (No Scrubs forever) and some others that left us questioning his taste: 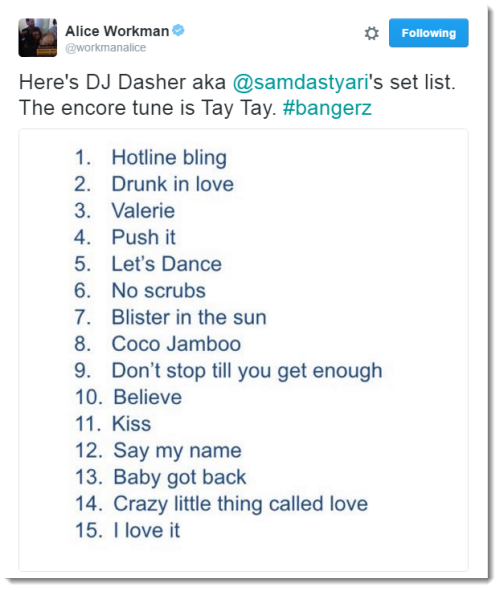 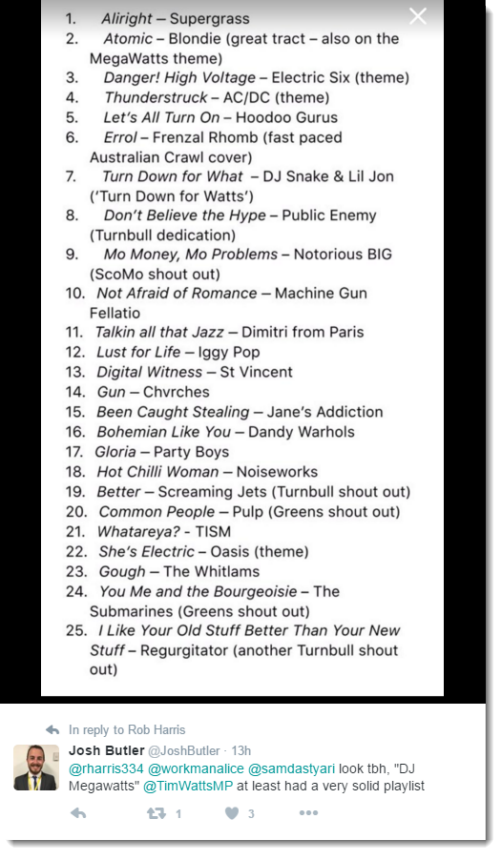 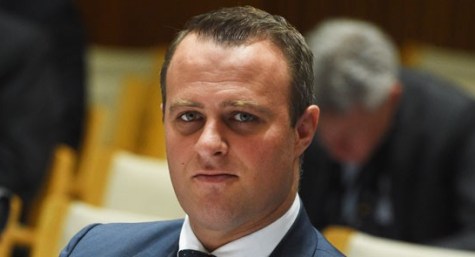 Freedom Boy freedomed all over the Libs, but not so much anyone else

The hypocritical Wilsons main principle being that he stay glued to the taxpayer nipple..Surely this lightweight is not what the lunatic right are passing off as intellectual heft..

Gotta lurve FreedomBoy’s “milquetoast” opinion that “…there’s a lot of beige in politics today”. Was he thinking of being taupe or puce?

Heh, I like your old stuff better than your new stuff as a shout out to Turnbull is brilliant.