Business bites: PM smacks banks … but they don’t close ranks … is it greed and swank? ….

The PM has issued a warning to greedy banks. And other business tidbits of the day.

PM’s bank whack. The Prime Minister yesterday earned quite a few brownie points by shirt-fronting the big banks in Sydney. Unlike the vainglorious threat from former prime minister Tony Abbott to  “shirt front” Vladimir Putin, Malcolm Turnbull lined up Australia’s big banks, their boards and senior managers and let fly. And he did it at one of Sydney’s biggest business events of the year: Westpac’s 199th anniversary celebration lunch in Sydney, where he told the assembled bankers they had to “stand up and show real leadership” over the “cultural issues” facing the sector and warned the “good name and reputation” of banks are at risk. In doing so, the Prime Minister repudiated the self-seeking rubbish that emerged the day before from the Australian Financial Review’s banking and wealth talkfest in Sydney — especially from former Commonwealth Bank CEO David Murray, who blew up his argument by breaking the basic rule of modern discussion: involving Adolf Hitler. David Murray may have taken 24 hours to apologise for his silly comment, but the PM had no need for such gratuitous comments when he lined ’em up and gave ‘em both barrels.

“We expect our banks to have high standards, we expect them always rigorously to put their customers’ interests first, to deal with their depositors and their borrowers, those they advise and those with whom they transact, in precisely the same way they would have them deal with themselves. This is not idealism, this is what we expect …”

“The truth is that despite the public’s support offered at their time of need, our bankers have not always treated their customers as they should. Some, regrettably, as we know have taken advantage of fellow of Australians and the savings they have spent a lifetime accumulating.”

“The singular pursuit of an extra dollar of profit at the expense of those values is not simply wrong but places at risk the whole social licence, the good name and reputation upon which great institutions depend.”

Banks selective on who they allow to abuse them. But now Turnbull and his government have to turn these fine, sceptical words into something tangible against a collection of bankers who still think they have a divine right of rule over the Australian economy and population. Take their utter arrogance on this issue. If these words had been spoken by Opposition Leader Bill Shorten, or Greg Medcraft from ASIC, there would have been a clutch of agitated bankers moaning and groaning to their media mates at the AFR or The Australian. They wouldn’t moan in public against the key regulators, such as APRA (although they had the nerve to claim APRA was working with-out-of-date figures in 2014 when forcing the banks to hold more capital) or the RBA. The PM is in the best position to back the regulators with some key law changes that help customers who have been ripped and stripped in the name of efficiency and profit and process.

What many do not appreciate is that the ASIC charges against the ANZ and Westpac have the backing of the Council of Regulators, the most powerful regulatory group in the country. That consists of the Reserve Bank, which chairs the council, Federal Treasury, APRA and ASIC. You note that many of the banker complaints are aimed at ASIC — not at APRA or the RBA, which are the toughest of the regulators for the banks to deal with because they regulate via principles, not solely by black-letter law. This, despite the fact RBA Governor Glenn Stevens first fired the “culture” attack at the banks two years ago, and has been backed by strong comments from APRA head Wayne Byers. In taking aim at ASIC and Greg Medcraf (who is close to the end of his term — the banks reckon they can wait him out and get someone more favourable), David Murray and the rest of the banking cabal reckon they can ride out this storm. ASIC is seen by bankers and others in business as the weaker of the key regulators, with nothing of the power of the RBA and APRA (or the ACCC for that matter). — Glenn Dyer

We’ve been here before. And remember this is not the first time dud bankers and their poor banking culture have been a problem for Australia; we saw the worst of it in the early 1990s with the collapse of Tricontinental, the State bank of Victoria, the State Bank of South Australia, problems at the State Bank of NSW, and in WA, and at Pyramid Building Society in Geelong. The ANZ nearly failed, Westpac was saved from collapse by a bailout from the AMP Society, which took 14.9% and Credit Suisse was left holding a $1.2 billion rights issue, which failed completely and had to take up the issue, thus saving Westpac from failure. According to a Reserve Bank paper part-authored by Phil Lowe, the current deputy governor of the RBA:

These days, the loss of capital would be $60 billion or more. Note that the Australian banks survived the 1990s crash only with bailouts by state governments (Victoria and South Australia, financial help in NSW and WA, and with Paul Keating’s ambitions to privatise the CBA). And in the GFC, the banks had to raise tens of billions of dollars in new capital to help ride out the storm, and repair the damage caused by imprudent lending to a cast of clowns and fools: Allco, Babcock and Brown, ABC Learning, Opus Prime, Lift Capital and more. — Glenn Dyer 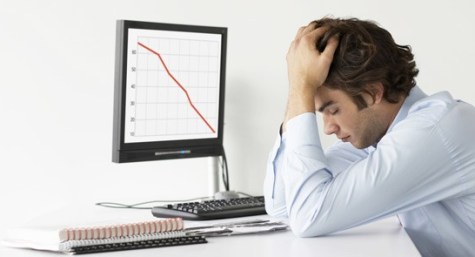 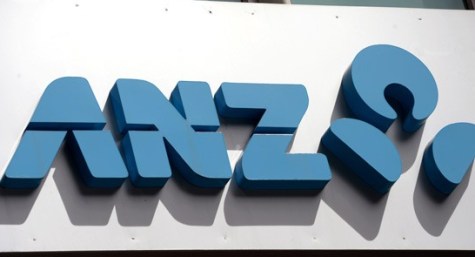 Business bites: super-duper blooper … banks get spanked … might get oversight …

I was hoping there’d already be a Post here less non-worthwhile than the Crikey article, but that was not to be.

At least you had the good sense Norman to post something more non-worthwhile.

Turnbull’s speech must have been like being slapped with a wet lettuce.

I bet they were just shaking in their boots.

Royal commission we would hope, but only hot air most likely.

Whaa…? ‘Bank whack’,’Shirt fronting’, ‘both barrels’ (100 year old brandy maybe)?
Dyer is not the most perspicacious writer but he’s never been so grovellingly pusillanimous.
Good dinner was it Glen?