The idea that cultural difference can be regulated to create peace is, quite simply, bullshit.

As we know, the Senate Inquiry into Food Certification Schemes was every bit as useful to national security as a heat-seeking fly swat. Senator Cory Bernardi, whose ardent beliefs fuelled the inquiry, seemed indefensibly sure throughout about a clear relationship of cause and terrible effect.

No matter the expertise offered to counter the fetish that Halal foods fund terrorism, he held as fast to it as he appears to remain on the matter of Safe Schools. Which itself seems to be, in Berardi’s view, a means to fund unwholesome and dangerous practice.

Not an inquiry, not a previous investigation by the Australian Crime Commission, not a basic grasp of accounting could disrupt the view. There are those who are just certain they know what provokes violent evil in this world. It’s simple! We can feel it! We will continue to feel it, even when our baby soft feelings are gainsaid by hard adult evidence.

Perhaps it’s time for a Senate inquiry into Senate inquiries. They are, in my view, especially galling when founded, as was the case with food certification, on the idea that the commercial expression of cultural difference is measurably dangerous.

It’s a bit like, say, the proposal, in this case by the Greens, that the matter of the sale of “gendered” toys contributes to domestic violence. In a speech delivered for the optimistically named No Gender December, the party’s co-deputy leader Larissa Waters named toys among the influences that created “very serious problems such as domestic violence and the gender pay gap”. Consequently, actual adult humans are actually now discussing the actual role of dolls in actual assault.

Clearly, federal review of a minor threat to national wellbeing, such as terrorism, or a major one, such as domestic violence, is welcome. What’s not so peachy, though, is that such important review can be limited in scope by the belief that the expression of an existing cultural difference must be regulated.

Australian Muslims and non-Muslims are, broadly speaking, a little culturally different from each other. So — again, speaking broadly — are Australian men and women. If the policy class wishes to ensure that these cultural differences do not also express themselves as socio-economic differences, that’s super fine with me. If they feel that they have an entitlement to change those cultural differences, that’s a stupidity not too far south of totalitarian.

And, the regulation of cultural difference is Waters’ aim. It’s as unambiguous in her presentations as it was in Bernardi’s.

The present inquiry into domestic violence and gender inequality is, of course, a jolly good idea. That it is generally led by an uncritical belief in the Duluth model of domestic violence — that which attributes all domestic violence to the cultural differences between men and women — is an unfortunate waste of resources. That it has actually paused to investigate the influence of Baby Cack-her-Pants, or whatever plastic little girls are breaking into pieces these days, does a disservice to the victims of domestic violence.

Bernardi, of course, was quick to criticise Waters. When Waters started campaigning for an end to the fairly transcendent cultural difference of gender, Bernardi said that she’d been drinking too much “Christmas eggnog”. Goodness knows what he’d been imbibing when he attempted to quash, just as Waters is now doing, the expression of cultural difference in stores.

That the source of our social problems is on supermarket shelves is an old and recurrent conceit.

These days, Bernardi believes that Islam and its assorted snacks create terrorism. In 1889, customs minister James Brown Patterson believed that French novels would corrupt the Colony of Victoria. In 2008, then South Australian attorney-general Michael Atkinson blocked national legislation that would allow the sale of certain video games, which he believed caused biffo. Which was a little disappointing for a Labor man of the modern era — you’d hope he’d be more concerned with the influence of high unemployment in his state as the catalyst for harm. But, then again, even a former executive director of progressive think tank The Australia Institute charged department stores last decade with “corporate paedophilia” and did so largely, in my view, on the basis of strong feelings.

All of these folks have meant very well and their hope to diminish violence is something few among us would say we dislike. Even if there are plenty among us who do dislike pornography, first-person shooter games or Islam, we may still find ourselves unable to share a Bernardi-level conviction that these things produce violence.

Violence, which I believe precedes the dawn of mass culture by a bloody century or 10, is a good thing to seek to end. The end of porn, on the other hand, would just be a terrible inconvenience. First, this would cause a great surge of unemployment in former Soviet states. Second, what do you expect me to do with my nights? Third, there is no more compelling evidence that the consumption of pornographic material produces sexual violence than there is, say, that skinny models produce anorexia. Actually, in that last case, there’s a good deal of evidence to the contrary.

You don’t have to like or approve of a cultural expression to see that claims of its negative influence are not only overblown, but themselves a dangerously stupid influence on policy settings. And, even if you do believe that cultural difference is the source of social violence and not just its alibi, you do need to think if you want senators attempting to regulate it.

Personally, I’m not very ladylike. My failure to express myself culturally as a woman continues to be a great pain in my arse and other parts. While I’d like to see this yoke of cultural difference loosed, I firmly believe that it is not the work of government to regulate that, any more than it is their work to suppress religion.

Razer’s Class Warfare: gender is a social construct, but leave the Barbies alone 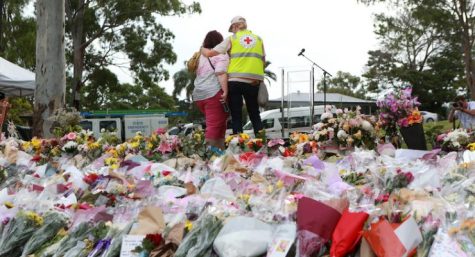 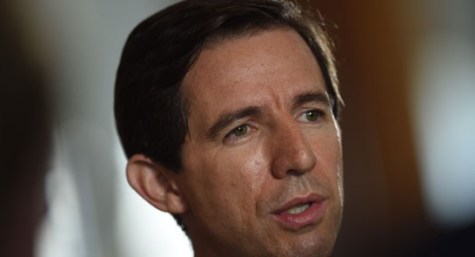 Saddened but hardly surprised to read another of Crikey’s absurd efforts to trivialise issues.

Although yesterday I saw padded push-up bras for sale in Dimmeys. They were quite cute with their sexy graffiti writing and little moulded cups. They were labelled as “girl’s bras” and on my (possibly mathematically inept) interpretation of international sizing charts were made for 8 year olds. Admittedly I have a pretty warped imagination but I just pictured some sicko giving one to his abuse victim and making her wear it to actually legitimise actual abuse… and in that moment I wondered whether existence of a product could facilitate actual abuse and damage actual girls…. I don’t know whether padded kiddy bras have any real negative effect on the development of young girls who don’t actually have tits yet. Maybe they don’t! I mean I haven’t researched it yet but I did wonder. And they had a vaguely negative effect on me, in the sense that they made me want to barf all over the bargain bin.

I think you do raise good points about the fact that so much of this is done on the feels without the evidence to back it up. And besides, the idea of gendered things being bad totally ignores the fact that Barbie is amazing. I mean she is practically a giant which makes it hard for her to shag He-Man but she is also an astronaut, a vet, a pilot, a doctor…. the girl really gets around. I may or may not have bought a bulk lot at a junk shop for my two year-old daughter just to thumb my nose at the social media convention that says Barbie is some evil 1950s anorexic fembot who will corrupt your child hence you should only buy an eco-friendly abacus or something.

On the other hand Barbie does have some fairly slut-tastic clothing “these days”. Oh god, though. Maybe I am part of the system of abuse. Maybe I should just admit defeat and go back to Dimmeys and buy my kid a push up bra already.

If Crikey were serious about lessening the many social evils permeating Western Democracies as a result of the P. C. mentalities now entrenched in Australia and elsewhere they adopt very different tactics; but that could damage their revenues so in common with most of their capitalist competitors they concentrate on (often entertaining) faux progressive rambles.

Hey @Kate Gladman and thanks for your cheerfully ambivalent comments!
I am no great fan, either, of Baby’s First Stripper kit. I do understand why parents form great frustrated knots of protest to get such things out of stores. But, I also find it odd that so many of us have kind of agreed that the marketplace is the thing that has this power.
In my view, such items, like “sexy” clothes for toddlers (I would say that although I would personally fear that the purchase of such a thing would send my issue off to the shrink by 17, the view that this *causes* pedophilia is weird. I am supposing that pedophiles prefer their victims to look like children) are just evidence that things are a bit odd. Not the cause of things being a bit odd. I would also say that the practice of capturing and displaying so many images of one’s children is far more likely to be far more harmful to them in later life. What does a kid learn when a parent so obviously values their image? So, the “sexy clothes”, or whatever, are just a symptom of the times, not its disease.
I have written in the past of how this culture of “empowerment”, which we can see in the newly “inspiring” Barbie, is even a harder psychological nut to crack. Little girls learn at once to “love themselves” AND their image. The two things are indivisible and I attended a performance of Barbie the Musical a while bakc where I was pretty disgusted not just by the “sexy clothes”, but much more so by the fact that the culture of “just being yourself” was sold alongside this. It’s the Tween equivalent of positive body image.
We do this stuff to ourselves. We can’t just blame the market, which sells a cheap or extreme version of what is, in any case, happening, back to us and our children.
I would also say, as I did in the piece, that the long-standing commitment to Stop This Sort of Thing by banning items for sale doesn’t fix the problem. You don’t undo gender (if gender can ever be undone, I personally doubt it, as per psychoanalytic/difference feminism) by banning its expression from stores.
The idea that we can regulate the culture by regulating the market is peculiar. If we keep believing that this is the case, it will become the case.

I would also say, Kate, that I kind of have an old-school Barbie thing. I own the Joan Holloway barbie from the Mad Men series. Unfortunately, she’s a bit thin.
But also. This idea we should all just be the same is pants. Erase the religious differences. Erase the gender differences. Why?