The long tradition of wowsers targeting women for special controls continues with a new proposal from the Royal Australasian College of Physicians.

The Royal Australasian College of Physicians has called for all women “of reproductive age” who consume more than two standard drinks a day to be subject to “interventions” on the basis that they might be pregnant, in a remarkable submission to a Senate inquiry.

The Senate’s Legal and Constitutional Affairs References Committee is currently conducting an inquiry into the “Need for a nationally-consistent approach to alcohol-fuelled violence” at the behest of Queensland Senator Glenn Lazarus. Medical and public health bodies have made submissions, including the RACP, which lodged a submission proposing alcohol price hikes, nationwide lockout laws, zero blood alcohol level for drivers, advertising restrictions and cutting back on alcohol outlets.

The submission also recommends “routine screening and early interventions for women of reproductive age who misuse alcohol or have alcohol dependency”.

What does “misuse” mean? The RACP doesn’t define the word. A much-cited Australian study mentioned in the submission on the social costs of alcohol abuse doesn’t define it either but admits to simply assuming that 30% of all alcohol consumed is “abusive” alcohol consumption. But under the official government-endorsed guidelines for alcohol consumption, more than two standard drinks a day for both men and women increases “lifetime risk” of harm, and more than four standard drinks on a single occasion increases the risk of injury on that occasion. Crikey has previously explained the misleading nature of these guidelines.

These guidelines mean that drinking just two 375 ml full-strength beers or two average-sized glasses of wine a day is risky, and drinking three is “binge drinking” of more than four standard drinks on any single single occasion.

The RACP would therefore appear to want all woman below, say, 50 to be subject to monitoring and “early intervention” if they drink two beers or wines a day or drink three beers or wines on a single occasion; these are distinguished from the “brief interventions”  (one-on-one doctor-patient counselling) discussed elsewhere in the submission.

This kind of targeting of women by public health lobbyists has a very long history. Legislation targeting gin consumption during the “Gin Craze” of mid-18th century London was justified on the basis that “distilled spirituous [sic] liquors are the greatest enemies to fertility” and gin led women to abandon their sacred role as mothers. Indeed, prohibitionist crazes since then have often targeted women for failing to comply with the maternal role that reformers — invariably middle-class people from the dominant social group of each society — believed appropriate for women. 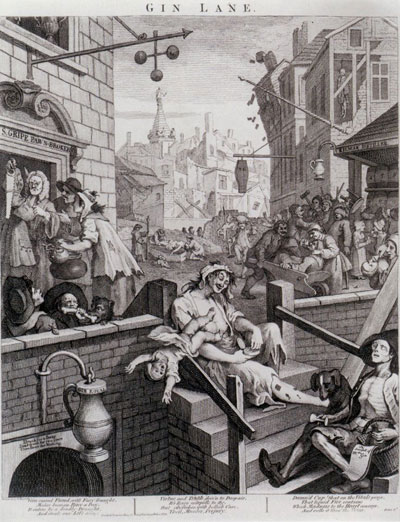 And if you’re wondering who makes up the RACP, have a look at its board and note the gender of 13 out of the 18 members.

Not content with targeting women, the RACP also wants to lift the alcohol purchasing age so that young adults would not be able to buy alcohol. That would prevent many young people from socialising in licensed venues at all, given they could only legally consume alcohol at a nightclub or pub if someone else bought it for them, and would probably force adults below the alcohol purchasing age to consume more alcohol privately. It’s unclear what age the RACP thinks adults should be allowed to make their own purchasing decisions regarding alcohol. In 2013, the then-president of the Australian Medical Association (which also made its own, much more measured submission) suggested the drinking age should be lifted, perhaps to 25.

The irony is that Australian Institute of Health and Welfare’s National Drug Survey in 2013 shows that alcohol consumption among under-25s has fallen more substantially and more quickly than in any other age group (something Fairfax’s Michael Koziol commendably explained in his weekend coverage of the submission). In fact, the only people who drink more now than 15 years ago are middle-aged people — of the kind who make up RACP’s board.

In vino veritas: is the second-cheapest wine on the menu really a bad buy?

One needs go no further than Crikey to see the damage being done to the Nation by the nanny state mentality.

Oh dear. This is the sort of depressing stuff I wish I was reading on April 1.
Perhaps the RACP could re-name themselves WowsersRs.

Time for an early drink!

Yep, this is what you get with “we know better” campaigning where an extreme minority impose their values on other parts of our society. Like the lock out laws.

Yep, this is what you get with “we know better” campaigning where an extreme minority impose their values on other parts of our society.

Lucky for me that men don’t know women over 50 can get pregnant. They aren’t wowsers- they’re old blokes who want to retain their privilege.