Border Force Act prevents disclosing data breaches? According to the Department of Immigration and Border Protection, if there’s another embarrassing data breach similar to the one before the High Court that exposed a lot of asylum seekers’ personal details, it might not be obligated to report that breach to the public — even if the government passes mandatory data breach notification legislation — due to the secrecy provisions in the draconian Border Force Act.

Despite this, and the fact it’s challenging the legal case about its last reported data breach, the department says it is a very good at voluntarily notifying the Information Commissioner about data breaches. Phew.

Swipe left. Dating app Tinder is getting involved with the US election, giving users the chance to “Swipe the Vote” and find the candidate that most aligns with their political views. Users can swipe right on same-sex marriage or left on decreasing military spending and at the end get told “It’s a match!” 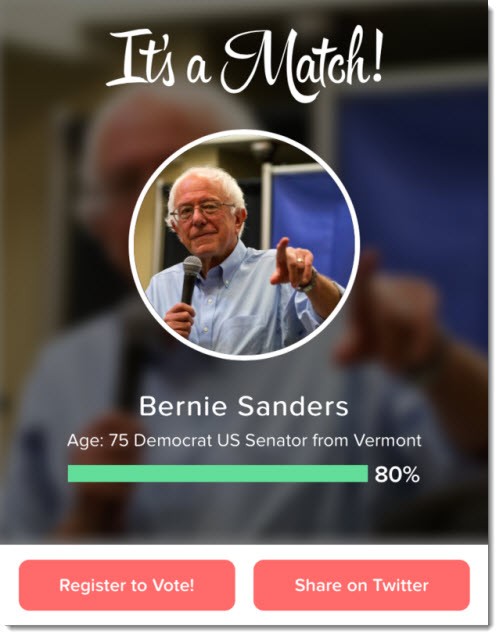 There’s no promise of Netflix and chill, though.

Give Peace Centre a chance. Sydney University announced last month that it planned on demoting its Centre for Peace and Conflict Studies from a centre to a department, following a decrease in student enrolments. The centre’s director, Jake Lynch, was investigated by the university last year after claims of anti-Semitism. Now NSW MPs from both the Greens and the ALP have sent letters to the university in support of the centre, with the Greens calling the move a “damaging proposal”:

“Through its advocacy and public profile, CPACS has been instrumental in bringing to the public agenda many vital and controversial issues which do not make headlines in the mainstream media. Some of those issues include the rights and freedoms of Palestinians; the aspirations for peace with justice of the people of West Papua; the militarisation of Australia; and the need for accountability for alleged war crimes in Sri Lanka.

“The University is at risk of giving rise to an inference in the wider community that this plan may be a politically motivated attack on CPACS, aimed at silencing its important voice.”

Federal and state Labor MPs including Melissa Parke and NSW shadow attorney-general Paul Lynch signed a letter from seven MPs, saying that the controversies surrounding the centre meant that it was performing its role:

“The fact that CPACS has attracted lively public debate and some adverse commentary in conservative quarters for its role in the Sydney Peace Prize, as well as for its efforts to provide different perspectives in a public discourse dominated generally by mainstream media, means that it is doing its job.”

“It cannot be good for our democracy to and academic reputation to attenuate such voices. It would be particularly disturbing if a prestigious institution like Sydney University, by the simplest expedient of withdrawing resources from CPACS, is seen to suppress reflection and debate on important, even controversial matters.”

Hair’s breadth. A picture of former prime minister John Howard in yesterday’s Australian had us thinking perhaps the ex-PM had had a follicular miracle. Sadly it was not to be — it was a spoof photo from a series of pollies with Donald Trump’s hair: 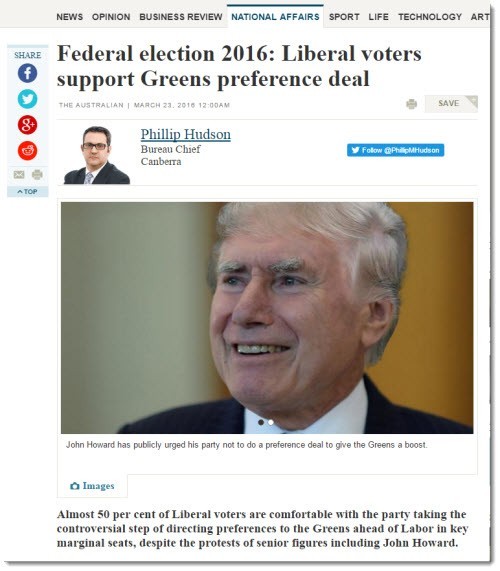 Julia Gillard loves refugees. Former prime minister Julia Gillard has penned an essay on the Syrian refugee crisis, calling it “the tip of an enormous — and expanding — iceberg”. She goes on to detail the humanitarian crisis in Chad, and what her Global Partnership for Education is doing about it:

“Conflict and fragility, not only in Syria, but also in many other lesser-known sites of mass misery, are among the most urgent and seemingly intractable global challenges of our time. Our only hope of breaking out of this cycle of violence and poverty is to ensure that every child, including those trapped by crisis, gets quality schooling and the ability to build a brighter future.”

Of course the essay mentions nothing about the education prospects of refugees sent to detention camps while Gillard was prime minister of Australia.

Go Bombers! The footy (yes, we know, it’s AFL, not what the northerners call footy) season is finally underway tonight, with offices around the country (yes, we know, mostly just Victoria) scrambling to get their tips in for the annual office competition. One tipster was taken aback when signing up to an office competition on the AFL’s site, when along with accepting terms and conditions, the tipster were asked to agree to accept advertising from the Australian Defence Force. 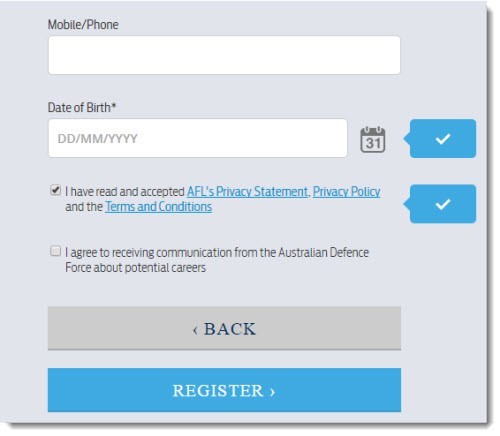 Dear Ms Tips…offices involved in tipping are NOT only in Victoria.
You neglected to mention SA, WA, Tasmania, NT and quite a few in NSW and Qld.
Rugby is just the ‘junior’ code these days!!

That even long term brainwashing by the Centre can’t mislead enough students to maintain their sinecure says a great deal about the dubious intellectual quality of its emotive propaganda, doesn’t it.