Journos should have known better than to use Martin Bryant’s mother’s writing: ethics investigation

According to a new book, the journalists' union ethics committee found that authors of a book on Martin Bryant should have known better than to use his mother's manuscript without her permission.

Walkley-nominated Australian journalists Robert Wainwright and Paola Totaro “knew or ought to have known” that when Martin Bryant’s mother, Carleen Bryant, asked for her unpublished memoirs to be returned following the termination of a ghost-writing arrangement, “she was expecting them not to proceed to use her manuscript for their book”. That is according to a confidential investigation by the journalism union’s ethics committee, as reported in a new book that closely examines the controversial case.

In June 2007, Wainwright, and then Totaro, met with Bryant about ghost-writing her memoirs. Byrant had already written a draft and provided it to the journalists to draw on. But after she received their first reworked chapter she terminated the arrangement and demanded the return of her memoir. But her memoir draft went into a best-selling book released by Wainwright and Totaro in 2009, Born Or Bred?: Martin Bryant — The Making of a Mass Murderer.

Bryant sued, and the case was settled out of court in 2011. The Media and the Massacre, a book to be released next month written by former Fairfax journalist (and Totaro’s one-time newsroom colleague) Sonya Voumard, reveals the efforts to achieve redress for the use of the memoir.

The book publishes extracts of the report of a never-before-seen confidential investigation by the Media, Arts and Entertainment Alliance ethics committee, which ultimately sided with Wainwright and Totaro on allegations of:

But in its reasoning of the result, the panel also found the authors should have renegotiated the use of the memoirs:

“The committee believes the authors knew or ought to have known that the withdrawal of Mrs Bryant’s involvement meant she was expecting them not to proceed to use her manuscript for their book. This understanding seems to be confirmed by the complainant’s request, to which they acceded, to return the manuscript to Mrs Bryant.”

“The way to settle the question would have been to approach the source to renegotiate the terms of the use of the information which would allow it to be used in the book.”

The journalists said they had conveyed their intention to use the manuscript to Pippa Masson (of Curtis Brown Literary Agency). Their response didn’t say if she had conveyed this to Bryant.

In their response, Wainwright and Totaro said:

“Our belief when Mrs Bryant withdrew was simply that we would have no further access to her, not that we couldn’t use the information we had already gathered, including discussion with her and her document.”

Despite critical comments, overall the panel dismissed the complaint, finding:

“[T]he failure was mitigated by the circumstances in which [Wainwright and Totaro] found themselves — communicating through an agent and, at times also with the source’s friend and adviser Mrs [Joan] Errington-Dunne. Neither of them objected to the publication proposal. Given that the source was represented at all times by the agent and also advised by the complainant, the allegation that the authors took unfair advantage of Mrs Bryant’s naïvety is dismissed.”

The complaint about the photo was dismissed because the panel accepted the journalists’ explanation that “all had been published before in a previous book or in other media, including News Ltd”.

In her book, Voumard characterises the outcome as a “Pyrrhic victory for the journalists”:

“The explicit acknowledgement of shortcomings towards a vulnerable subject appears at odds with both the spirit and the letter of the MEAA code, which requires journalists to: ‘Never exploit a person’s vulnerability or ignorance of media practice’.”

The first point of call for the complaint by Joan Errington-Dunne, a personal friend of Bryant who often deals with media on her behalf, had been the Press Council, but the body declined to look at the case, saying book-length works were outside its remit.

This left the Media, Arts and Entertainment Alliance’s ethics committee as the final avenue for redress. The body’s ethics committee can expel a journalist from the union for an ethics breach and can levy a fine, but according to an interview with associate professor Chris Smyth in the book (he chaired the committee at the time), it has never done so. Its process is little known and less understood, but it deals with breaches of the MEAA code of conduct. Upon a finding being issued, the complainant is informed, but unlike with the Press Council, the report is not made public. There are nine people on the MEAA ethics committee — two-thirds of them MEAA members — and complaints are farmed out to groups of three. The body relies on volunteers and has little capacity to do in-depth investigations, Voumard writes.

After receiving the news that the MEAA had sided with the journalists in November 2011, Errington-Dunne promptly asked for an appeal, saying the body had dismissed the complaint based on claims Masson had been expected to convey the authors’ intentions to Bryant, but it had not sought Masson’s response to this.

“This was crucial, she said, because Masson had told her she was ‘shocked and surprised’ when the book Born or Bred? was published and that ‘she believed what they had done was unethical’,” says The Media and the Massacre. According to the book, Errington-Dunne heard little for over a year, until in June 2013, the MEAA told Errington-Dunne her appeal could not proceed for legal reasons — it would risk “a breach of the settlement and potential legal action”. Errington-Dunne wrote back the same month saying she didn’t understand this, as the complaint was hers, not Bryant’s, and anyway, the initial investigation all took place after the settlement. According to the book, as of November 2015, she had not received a response.

Crikey contacted MEAA yesterday to ask about the status of the complaint, and who had been on the panel. The MEAA said: “to comply with the Privacy Act, it is the practice of MEAA to not comment on or disclose details of ethics complaints”.

Voumard’s book is an in-depth investigation of the conduct and working practices of her own industry, written in a gonzo style that interviews all the principal actors who would speak to her, as well as many other journalists who reported on the massacre. She says she approached Wainwright and Totaro twice — once at the start of her research and again at the end with more detailed questions — but they declined to comment. Crikey also contacted Totaro but received no response.

At the time, Wainwright and Totaro disputed Bryant’s depiction of their use of the memoir. Wainwright told The Australian in 2009 Bryant’s manuscript had contributed to a “very minor part” of the book:

“This book is not Carleen’s story nor does it rely on her manuscript … However, we did want her voice heard and for the reader to receive it unfiltered as she had initially required — the few tracts that we chose to use to do this are clearly marked in italics.”

“At no stage were we under any impression that we couldn’t use this. We didn’t steal anything.”

Voumard writes that it’s unlikely any financial settlement to Bryant (the details are subject to a gag clause) was significant. Bryant still lives modestly in a caravan in Tasmania. Voumard suggests that Bryant’s belief in her son’s innocence (a theory discredited by evidence but believed by some) would have placed her in a particularly vulnerable position, leaving her open to attacks on her credibility and weakening her case with Fairfax. From the book:

“[Bryant’s] lawyer, Steven Lewis, knew that Carleen’s denial of her son’s guilt would in all likelihood be raised to try to discredit her. Fairfax had indicated as much. And, if the matter ever went to court, it would probably go down poorly with a judge or a jury and may well have cost her sympathy, ultimately affecting the size of her damages award.”

The author of this piece is a MEAA member who acted as an alternate at the MEAA federal council last month, where new members of the ethics committee were voted on. 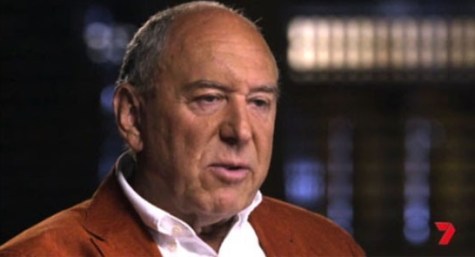