Right-wing members of the Coalition have successfully attacked an anti-bullying program.

On the National Day of Action Against Bullying on Friday, the Coalition government scaled back the anti-bullying Safe Schools program it launched just two years ago.

In the face of complaints from backbenchers including Cory Bernardi and George Christensen, Education Minister Simon Birmingham last month appointed respected University of WA Professor Bill Louden to review the program, which was launched by then-education minister Christopher Pyne in 2014. The Safe Schools Coalition program is now implemented at 526 schools across Australia and comprises resources created for schools to reduce bullying of LGBTI students.

The review, released on Friday, broadly found the content in the program to be “suitable, educationally sound and age-appropriate” for schools but recommended changes to some of the lessons in the “All of Us” resource for teachers. One lesson where students are asked to role-play what it would be like to be same-sex attracted was considered problematic for students “from conservative cultural groups” who might feel isolated by the lesson.

He levelled the same criticism for a lesson that asked how students could be allies to LGBTI students, and Louden said the concept of heteronormativity was potentially a complex concept for years 7 and 8 to discuss.

Louden also identified a lesson on what it means to be intersex as possibly not age-appropriate.

The government has decided to remove these parts of the lessons and will now require all lessons included in the resources to be peer-reviewed by a panel appointed by the Department of Education and Training.

Safe Schools will also need to remove all third-party branding from all its material and only keep references to third parties that are government funded or are providing mental health or counselling services. The Safe Schools resources will be moved to the government-run website, Safe Schools Hub.

Other resources on being queer and coming out will not be used as classroom resources, instead being provided to secondary schools for one-on-one discussions between students and counselors. This would mean students may have to potentially out themselves in order to access the resources.

Schools wishing to implement Safe Schools will need the approval of parent bodies, and parental consent will be required before the lessons are taught.

Speaking to journalists in Parliament after the release of the report, Birmingham indicated Safe Schools would not have its funding renewed when it runs out next year:

“There was never an intention the program be funded beyond the current contract period. The intention was what the program has done and is doing, developing resources for schools and teachers to use in accordance with their policies and following consultation with their parents and those resources will of course live on, on the Safe School hub website, the education portal for such resources, long after funding may have finished.”

In response to the federal government announcing that the funding for the program would not be renewed, the Victorian Education Minister James Merlino announced Victoria would be making no changes to the Safe Schools program and would continue to support the program.

The Oz was very pleased with itself for gutting a very inexpensive program designed to keep kids safe. Saturday’s editorial included a grandiose pat on the back:

“The outcome showed the value of the vigorous debate led by this newspaper since education editor Natasha Bita broke the story about the program’s bizarre content on our front page on February 10.”

Louden briefed more than 30 Coalition backbenchers earlier this week on his findings, and they expressed concern that the report didn’t go deep enough in its review of the program. Conservative MPs called on Birmingham to suspend funding of Safe Schools while a full parliamentary inquiry was conducted. Christensen obtained signatures from 43 Coalition backbenchers including former prime minister Tony Abbott calling for the inquiry. Christensen didn’t get his review, but he told reporters on Friday the government’s decision was “better than an inquiry” and would strip the “queer theory” and “sexual liberation” ideals from classrooms:

“Effectively, gutting the program of all of the concerning content is what I wanted at the end of the day or the program shut down. It’s fundamentally changed now to is going to be an anti-bullying program that doesn’t have all of the extra stuff in it that I found of concern and parents and grandparents found of concern so I’m comfortable.“

But while Christensen is happy, the Australian Christian Lobby is not. In a press release on Friday, the fringe group’s managing director, Lyle Shelton, said that the program still contained “ideological madness”, referring to parts of the program that inform children how to refer to people using the gender pronoun they prefer.

The Australian Human Rights Commission’s National Children’s Commissioner Megan Mitchell said that the proposed changes could limit the access to resources for children who had yet to come out.

Liberal Senator Cory Bernardi reported on Friday that his office had been vandalised by “lefty totalitarians” in response to his criticism of Safe Schools. 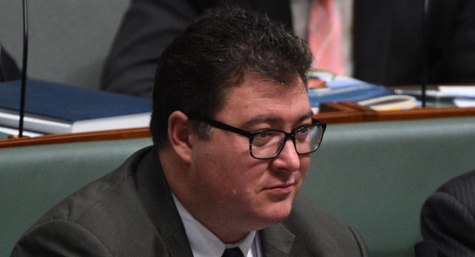 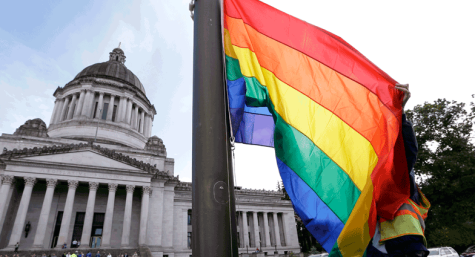 Any truth to the rumour that kids will have to out themselves to a counsellor (who in many cases will be a Chaplain emgaged under the Chaplaincy Program) in order to receive booklets about being lgbt?

These changes are an effective gutting of a program designed to save vulnerable youth. Australia’s unelected Prime Minister Malcolm Turnbull should be ashamed of himself.

How long before we discover that some of the Chaplaincy Program chaplains have abuse histories?

The Tasmanians may have a rational approach to this issue. The pioneering, courageous and long standing leader in gay rights there, Rodney Croome, appears to support their approach, and should be listened to.

The day Joshua et al at Crikey understand how faux ‘progressive’ do-gooders are responsible for much of the growth in bullying of teachers, lecturers general staff and students in Australian Education will be the day we see a change for the better.