Taste the feeling of a Coke shame campaign

Does accepting money from Coca-Cola make your research biased? Gary Moorhead, past CEO of Sports Medicine Australia, thinks not necessarily.

As it promised, Coca-Cola has published a list of the health groups and research institutions to which it has donated in Australia, prompting another bout of media reporting on the topic of researchers taking funding from Coke.

We now know that Sydney University, despite being home to some of the most vociferous critics of researchers taking funds from Coke, tops the list, accepting $375,540 between 2010 and 2013. The university had actually detailed the receipt of this funding — including the names of the individual researchers — in its annual reports.

Sports Medicine Australia (SMA) is listed as receiving $120,000. These funds were used to offset the cost of staging the Third International Conference on Physical Activity and Public Health in Sydney in 2012 — an event that was also attended by many critics of Coke funding. The support from Coke was publicly acknowledged before, during and after the event.

The ABC’s 7.30 also had its own, somewhat abbreviated, report on the controversy Thursday night.

This report featured American public health advocate Professor Marion Nestle, who was recently in Australia (and presenting a lecture to Sydney University) campaigning about the dangers of sugar in food and promoting her latest book, Soda Politics: Taking on Big Soda (And Winning).

News reports imply that when researchers accept funding from Coke, any related research could be biased.

Is there any proof of this? The answer still appears to be no.

The nearest thing to a “proof” tendered is the assertion that advocating physical activity as a positive countermeasure to dietary excess shows the researchers are really stooges for Coke. For example, 7.30‘s story on the subject began:

“But sugar is also big business and today soft drink goliath Coca-Cola revealed how it funded scientific research focusing on exercise rather than diet. The funding was secret until it was exposed in the United States last year by the New York Times, and today we learn the corporation funded $1.7 million of research in Australia.”

Physical activity researchers are generally concerned with demonstrating the health benefits of activity (and dangers of inactivity). Obesity is just one part of this — and they point out that you need to do a lot of physical activity if you are relying on that alone to impact on obesity.

The constantly (and unfairly) demonised Global Energy Balance Network (GEBN) was established by physical activity and nutrition researchers who were interested in researching the combined effects of activity and diet on obesity (“Energy BALANCE”).

Yet the Fairfax reports on Coke’s list of funded researchers continue to refer to the GEBN as an organisation that “emphasised fighting obesity through exercise rather than calorie control” (my emphasis). When The New York Times made this assertion last August, the GEBN president immediately issued a statement to correct this misrepresentation.

Regardless, the blatantly incorrect assertion continues to be repeated by most commentators — and mere association with the GEBN is taken as “proof” of guilt.

Professor Steve Blair has defended himself from the accusations, continuing to publish and lecture on the complexity of the diet/activity/other issues relating to obesity, and Professor Tim Olds agreed to be interviewed for 7.30.

But many researchers have been advised by their universities to keep their heads down — believing that they won’t get a fair hearing, and that to defend themselves invites further smearing. There have also been public threats to their capacity to apply for and to receive government grants.

Coke hasn’t helped. Its decision to pull all funding for research and community support when the publicity it generated turned negative was logical from a commercial perspective, but it left a lot of people and organisations looking like they had been engaged in something not quite right.

In February last year, the British Medical Journal published an article that asserted that receipt of Coke funding could distort researcher outcomes or advice. Many British scientists leapt to the defence of those named and flayed the BMJ for publishing unsubstantiated stories.

If we are genuinely interested in health promotion, there are real dangers with letting these kinds of stories and assertions slide through unchallenged.

Professor Marion Nestle and others advocate a “sugar tax” as one option for helping to address the issue. But by choosing to make a pariah of Coke, they have eliminated the only company that was paying a “voluntary sugar tax”, which went, in part, to mitigating the problems caused by too much sugar in the diet. 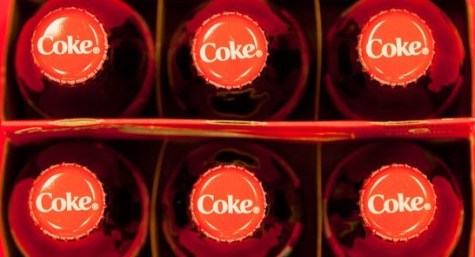 Fairfax beats up Coke, no joke

Why doesn’t Coca Cola donate into a “blind trust” and let neutral experts allocate the funds?

Once upon a time, cigarette packets (in the UK, no idea if true on OZ)had coupons redeemable for… stuff, mainly more cigs.
As the eviodence became irrefutable it was proposed that those coupons be used by the dying as proof of their coffin nail allegiance.
They disappeared overnight.
Perhaps those who drink sugared shit should be able to collect the bottle tops and have Coke et al pay for their medical expenses?

Coke ANZ revenue on soft drinks was 2.8 billion with profit of 540m. So your “sugar tax” of 1.7m looks like pretty good value as part of their strategy of confusing the issue and diverting attention from unhealthy dangerous products. We all know that exercise is good for you and most of us, especially children, are not getting enough – do we really need more research to tell us that.