Eric Abetz says gay marriage opponents might be too sad to work if everyone in Australia had equal rights.

One of Australian Parliament’s staunchest opponents to marriage equality, disempowered Liberal backbencher Eric Abetz, has described a report estimating the cost of a plebiscite at $525 million as “skewed” and says the cost to productivity due to hurt feelings of gay marriage opponents should the Marriage Act be amended has not been taken into consideration.

This morning PwC (formerly PricewaterhouseCoopers) released a study on the true cost of Australians returning to polling booths shortly after the federal election this year to vote on whether they support or oppose marriage equality becoming the law of the land. The report takes into account the Australian Electoral Commission estimate that it would need $158 million to run the plebiscite outside a general election, but it also includes additional estimated costs associated with the plebiscite.

PwC estimates that, based on similar campaigns such as the Proposition 8 ban on same-sex marriage in California and the Irish same-sex marriage referendum, the amount of money pro-marriage equality and anti-marriage equality groups would need to put into advertising campaigns for the plebiscite to run over the course of 12 months would be $66 million. The AEC says it would need 29 weeks’ lead time to run a plebiscite.

According to PwC, the largest cost of the plebiscite would be an indirect cost of $281 million, which would be the cost of the time taken for people to go vote. This estimate is based on the assumption that an average voter takes an hour to drive to a polling station, wait in line, vote, and then return to normal weekend activities. It assumes just 9% of people would do a postal vote.

The majority of this cost is not for people who work on Saturdays (that is just $49 million) but $220 million for those who would, presumably, be on their own time. PwC estimates this cost at $17.29 per voter. It is not a financial cost, PwC said, but an estimate of the economic impact for people to take an hour out of their day on a Saturday to vote in the plebiscite.

Abetz told ABC’s AM program this morning that PwC was seeking the outcome it desired by making the economic impact cost so high. Abetz also said that people also had to consider what the cost of democracy should be, and said it “can’t be reduced to bean-counting”.

Another cost included in the study was an estimated $20 million in costs related to the mental health impact on LGBTI Australians during the course of the plebiscite campaign. The study assumes 5% of LGBTI people would experience anxiety as a result of public debate during the plebiscite. The report estimates that the direct cost to the health system would be $4 million, while the indirect cost of people taking time off would be $2 million, and the reduced productivity of those affected while at work would be $14 million.

Abetz also criticised this figure, claiming PwC didn’t take into account the impact that a change of the Marriage Act would have on the sad conservatives who would have to deal with the horrors of gay people getting married:

“It doesn’t take into account the costs on the other side of this debate. People who feel strongly who will feel depressed about a change if it were to occur as a result of a plebiscite. I think this is a very skewed study.”

The report does state that there could be a potential impact on those with strong beliefs against marriage equality, but it noted there was little publicly available evidence. The PwC report cites a journal article by Dr Warren Kealy-Bateman and Dr Lisa Pryor that found that there was no evidence that marriage equality harms opposite-sex marriage.

A spokesperson for PwC declined to respond to Abetz’s criticisms of the report, but told Crikey that it had undertaken the report on its own, without funding from any other organisation because “in our view, someone needed to put a number of the socio-economic costs of the different ways of achieving marriage equality”.

PwC estimates the cost for holding a plebiscite as part of the election would be $113 million, while a parliamentary vote would cost $17 million. The $17 million figure assumes that campaigners would still spend $13 million on campaigns ahead of the parliamentary vote, and there would still be a $4 million cost impact due to mental health issues. The firm argues that the standalone plebiscite would be a drain on the economy, would be bad for business, and would be “a massive waste of time and money”.

The timing of a plebiscite, as with many things this year, remains up in the air. Attorney-General George Brandis had indicated that the plebiscite could be held very soon after the election, and if approved by voters, changes to the Marriage Act could be passed by the end of the year. Prime Minister Malcolm Turnbull walked back these comments, however, stating there might not be time in 2016 after the election.

If Turnbull does, as is widely expected now, go to the polls for a double dissolution election on July 2 and wins the election, the plebiscite could be held in October, with the change to the law made shortly after. There had been speculation that plebiscite legislation would be passed before the election,but Brandis indicated the government would be unable to get legislation passed with both the Greens and Labor opposed to holding a plebiscite.

In Road to Ruin, Niki Savva’s book on the downfall of Tony Abbott, Savva indicates that the handling of the six-hour plebiscite debate in the Coalition party room meeting in August last year was the tipping point for many within the party to begin pushing for the removal of Abbott as prime minister.

A PwC executive recently resigned from his position on the board of the Australian Christian Lobby — the most vocal opponent of marriage equality — after PwC found there was a conflict between the ACL’s values and PwC’s interests. 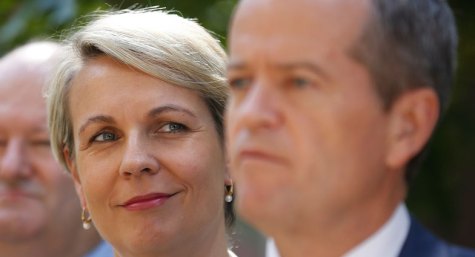 Here I’ve been expecting that a Coalition win with Mr Turnbull at the helm would just amend the Marriage Act as Howard did a decade or so ago. Are you saying Abetz and co. would insist on the plebiscite even then? Oh no! Also what about the extra lawyer fees for all the divorces for opponents of same sex marriage, so no one would think they were gay from their civil status?

To think this Coalition government had the temerity to accuse the previous Labor govt of “spending money like drunken sailors.”

Don’t forget that at the conclusion of this plebiscite there’s no guarantee a Turnbull govt would reflect voter opinion and pass the legislation.

All this silly posturing makes this debate look more like the BREXIT campaign every day. Why doesn’t the pro-gay marriage set just start campaigning for it and ensure they win?

You can talk about the cost of so obscure modelling about the economic value of voting on a Saturday but it’s ridiculous. What about the boost to our GDP through all that petrol we are supposed to spend getting to the vote? How do you assess the economic impact of someone switching off the TV for an hour? Think of all those ads they will miss.

The plebiscite will pass same sex marriage and the PWC spin is a fatuous joke.

It is high time we all used the English language more accurately in clearly stating the very considerable difference between ‘reactionary’ and ‘conservative’.

So half a Billion on an insultingly homophobic sop to Supamals nutjob rump..