Deus ex machina. If yesterday’s report in the AFR’s Rear Window is anything to go by, the Victorian Liberals may struggle to preselect more women to high-profile, winnable seats for the next election, after the IPA’s James Paterson won Michael Ronaldson’s place in the Senate. According to that report, Michael Kroger-backed Liberal blueblood Georgina Downer’s campaign for the seat of Goldstein isn’t going so well, with local numbers swelling behind Denis Dragovic (that would also leave Tim Wilson out of a job). Before Goldstein was vacated by Andrew Robb, it was thought that Downer had her eye on the seat of Menzies, which former defence minister Kevin Andrews is holding onto like a preschooler who doesn’t know when his turn is over. It has already been suggested that the government could offer the role of ambassador to the Holy See to Andrews or his fellow hanger-on Tony Abbott, but Ms Tips hears that the role is being deliberately left unfilled in case Downer doesn’t win Goldstein to keep a carrot for deeply religious Andrews. We’ll watch this space.

Business Council of Australia looking out for its own. As foreshadowed last week, the Business Council of Australia yesterday released yet another tax policy. And no prizes for guessing what it proposed: lower corporate taxes! That’s despite the benefits of lower company tax flowing almost entirely to foreign companies and shareholders (courtesy of our dividend imputation system) and the dearth of any sound evidence from anywhere in the world that lower tax rates result in higher investment or growth, unless you become a tax haven. But given the BCA has a strong representation of some of the world’s biggest multinationals, it’s hardly surprising its focus is on cutting the already minimal levels of tax paid by foreign companies. And if you’re thinking the BCA sounds like a broken record, you’re right — this is the ninth time since 2014 that the BCA has demanded a tax cut for its members. Presumably what is an increasingly discredited lobby group — slammed even by its own allies in the Liberal Party — thinks that the way to success is to endlessly repeat what has failed in the past. All power to them.

Fairfax app issues. Users of The Age and Sydney Morning Herald iPad apps have been experiencing technical issues for almost two weeks now, making it impossible for some to read the newspapers to which they subscribe. A tipster tells us that the problem relates to the mastheads’ having dual apps — one has a blue icon and supports both the digital newspaper and the iPad edition of the news, and the other has a black-and-white icon, which is a digital replica of the print paper. The second version is becoming increasingly unsupported. Says our tipster:

“The old print-centric app has therefore been left to languish without updates. Indeed, the Fairfax technical team has no easy way to update it at all since the final update was pushed out in October last year. This issue came to a head on March 1 2016, when digital newspaper replicas stopped working altogether for a large proportion of customers. This affected all users across website and iPad apps.

The Fairfax technical team was able to fix the issue for the web-centric (blue) app and for their website, but not for the print-centric (white/black) apps for the SMH and Age. A large proportion of users have been locked out altogether when using those.

The software glitch will likely never be fixed due to the internal difficulties in updating the legacy apps. Those apps simply will not work at all for a significant proportion of users going forward.”

We asked Fairfax what was the go with the apps, and a spokesperson said:

“The digital replica of the SMH and The Age print editions experienced technical issues in the past fortnight. The issues have been resolved. The SMH and The Age apps and websites were not affected. We have apologised to our subscribers for any inconvenience caused.”

Redundancies at Seven. Insiders at Channel Seven tell us there have been a number of redundancies at the Adelaide office of the station, including long-time employee Meno Toutsidis. Channel Seven confirmed to us that Toutsidis had left the station two weeks ago (the station would not confirm whether he had been made redundant). A tipster tells us there’s a new term at Seven — a “Workforce Transformation Unit” — but the station wouldn’t tell us what that meant. Seven has been changing practices for a while now, including sharing weekend news choppers with rival Channel Nine.

Richard di Natale’s Apple-like dress code. Greens leader Richard Di Natale is cut from a different cloth from that of his predecessors, that we already knew. But in a photoshoot and interview for the March/April edition of GQ magazine, the Victorian Senator explores what could have been if he decided to become a fashion model, channeling the graphic designers of Fitzroy in a black skivvy. Of course, it could not be left without ridicule: 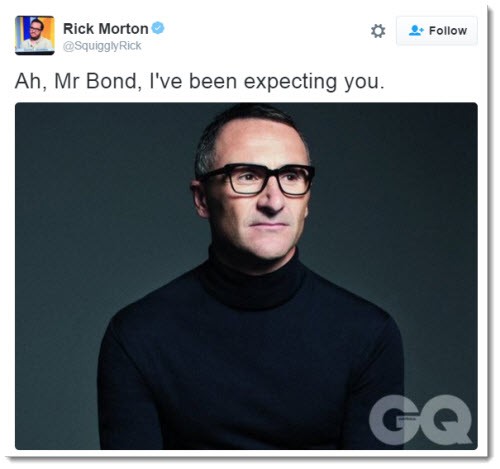 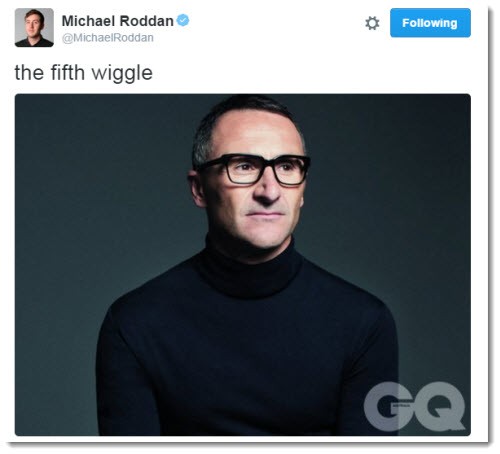 In a small preview of the interview, which won’t be published until next week, Di Natale says he wouldn’t rule out forming government with either of the major parties:

“‘In my view it’s much more likely that the opportunity rests with Labor, but you should never rule out any possibility [of an alliance with the Liberal Party] though it’s unlikely,’ he told GQ. ‘”Never say never” is the quote I’d use about everything in politics.'”

Someone should probably check on Anthony Albanese to make sure he hasn’t popped an artery.

I’m a subscriber to the Digital Edition of the Age. I haven’t been able to download the issues since the Sunday 10 days ago. The App on my iPad pops up a message that my subscription has expired (it hasn’t, I renew 4-weekly automatically, and on the first day of the glitch I had at least a week on the current billing period) and asks me to renew.

Despite my sending 3 emails and talking twice to customer help on the ‘phone I haven’t had any explanation. Nor have I received any reply to my emails (there’s a promise that they’d reply within 2 days – they’re well overdue even allowing for the weekend not counting.

No apologies. This is the first time I’ve heard an explanation as to what’s amiss. The Digital Edition brings in around $25 a month to Fairfax (which they otherwise wouldn’t get – I live in Perth) for minimal cost to Fairfax. They don’t have to publish an additional carbon based data retrieval unit for me – or transport it.

Anyway. This morning the iPad Digital Edition didn’t work. After reading that the Fairfax has stated that the issue has been resolved, I tried again. It has been. I suppose I’ll go back and read the weekend editions I’ve missed for the general interest articles.

Still haven’t heard from Fairfax noting that the glitch had been solved.

The item regarding the Fairfax app is interesting. Some time ago, I had similar problems with the moribund Crikey app, which necessitated my giving up on it. This was despite advice at the time from Crikey that a fix or update was in the offing! did that ever eventuate?

Hi Chris, We had to pull the Crikey app because it was not compatible with newer versions of iOS. We’re weeks away from having a completely new site that will work on mobile, and after that we will focus on getting the app back. Sorry for the hassle.

Interesting. Crikey access is now working OK for, but has been a train wreck for the past month & emails to admin get no response.

Hi there – sorry you’ve been having trouble with the site. Our tech team assures us they’ve fixed the login problems, but if you’re still having issues, email boss AT crikey.com.au and we can take it from there.

According to today’s Age, the BCA is supporting Labor’s changes to negative gearing. Amazing, compared to dutton’s speech on the radio today!