ID checks for every single flyer will not make us safer. But it will make us less free.

Although the silly season ended in mid-January, the ABC just fell for a really dumb call for universal ID checks for passengers on domestic flights.

The story claimed that by not establishing the identity of each passenger boarding such flights there was a risk criminals might use airlines to travel and implied that this was a risk to other passengers. The article begins:

“With the rise of domestic airport self-service check-ins, police and security experts are calling for identity checks for domestic air passengers, to prevent criminals and fugitives boarding flights under false names.

“Most airlines in Australia now offer self-service kiosks and mobile check-in, meaning passengers never have to prove who they really are.”

Criminals fly between cities in Australia every day — to get somewhere. Bringing the airports to a standstill to run identity checks on every single person boarding a flight isn’t going to achieve anything apart from seriously damaging civil liberties and the usefulness of air travel.

The use of fraudulent identity documentation is already said to be a serious problem for law enforcement agencies, and even the slightest of leakages in the integrity of the checking systems or protocols (once the necessary investments have been made) isn’t going to make a logically flawed security goal any less stupid than what is now proposed.

The ABC story didn’t directly name the risks of a terrorist attack, although it implied that the continued carriage of persons with criminal records on flights, which has no doubt been happening since air travel began 100 years ago, somehow raised this risk.

Let’s dissect this exercise in nonsense.

Knowing the true name and domicile of everyone on board a flight so that they can be (theoretically) checked against watch lists of known terrorists or dangerous people is based on the absurd belief that such people will actually be on a database, or that the computer database will perform flawlessly.

Do we need to know the identity of everyone who boards a suburban train or tram or bus? Do we need to prove that the holder of the Opal or Myki card in Sydney or Melbourne is actually the person who bought the card? Trains and stations are much larger and easier terrorist targets than airliners and airport terminals, so the answer “no” applies as convincingly to them as it does to the holder of an e-ticket to fly.

If there is a criminal on your flight between two Australian cities today, he or she is very likely actually flying to get somewhere as safely as you are.

Law enforcement is about preventing crime, not about preventing mass mobility, which is what would happen if every move by rail, or road, or air, was the subject of blanket ID checks — and keep in mind, they have to be universal checks if they are to work for known criminals.

The sensible, if nowhere near effective, emphasis on air travel security involves preventing people walking on board with bombs on, or in, their person or their checked luggage, as well as eliminating the carriage of hazardous materials like certain chemicals or batteries.

It doesn’t involve a necessity to know the ID of the person who is flying, since the bags and carry-on items are, in theory, subject to universal screening, which doesn’t care who you are. The Daily Telegraph on Monday carried a story saying an average of two passengers a day were pulled from flights on suspicion of trying “to reach the Middle East” for possibly wicked purposes (as distinct from the thousands of us who fly there every day on Emirates or Etihad or even on a few Qantas and Virgin flights).

Those intercepts reflect an effective application of intelligence and passport checking on selected flights, not on all of the hundreds of thousands of people who actually pass through domestic terminals around the country each day.

Far more people are hauled off jets for being drunk or disorderly at Australian airports than under suspicion of making their way to engage in terrorism-related activity in a foreign country.

The ABC should have asked the question: who is lobbying for such a massive and pointless exercise in additional and invasive security checks at our airports, and for what purpose?

Would pilots refuse to take off if they knew criminals were on board? Would they have the same job if this sort of lunacy clogged the airports with delays caused by deciding which criminal ought to be removed from which flight, and where his or her checked bag might be in the system?

Does anyone at the ABC actually think things through?

These processes already make flying a much more tedious, but no safer exercise in other parts of the world. This Chinese New Year’s holiday, authorities in Shanghai decided to try to enforce similar passenger ID verification to that at airports on what is the world’s largest metro system. The logic was impeccable. If criminals and terrorists are a risk in the sky, they are in the metro as well. The Shanghai metro system carries an average of 7.75 million customers a day, and the ID crackdown, which further deteriorated the rail travel experience, resulted in 13,000 people being detained. In a single day.

Transpose that experience to daily life in Australia, at its airports or for the sake of consistency, to its other public transport facilities, and we can drag the economy into a deep, dark hole dug for it by those who see security paranoia as supporting a growth industry.

The country won’t be any safer, but it will be poorer — and less free. 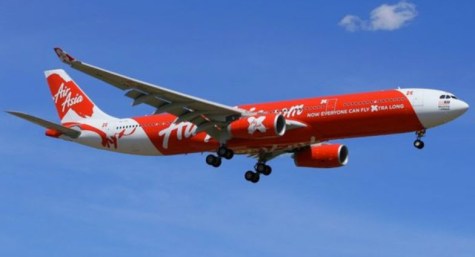 Why didn’t that AirAsia plane land immediately, instead of going back to Perth?