Media briefs: Women’s Agenda sold … nightmare on Zika St … how to do blackface …

Last year, publisher Jonathan Chancellor took over Property Observer, after a protracted sales process failed to find another buyer for the property website. A few months later, veteran arts journalist Ray Gill took over Daily Review, the arts website he edited, which was originally launched as a companion site to Crikey.

Women’s Agenda was launched in 2012 with Priestley as editor and now-Bauer exec Marina Go as publisher. The website aimed to fill a gap in websites catering to women by focusing on professional women. Its current editor is Jane Gilmore, the founder of the now-defunct King’s Tribune. But Private Media chairman Eric Beecher told staff this afternoon Gilmore would be leaving the business as a result of the sale.

Costello’s big challenge. Nine CEO Hugh Marks, managing director Amanda Laing and new chairman Peter Costello have got a real challenge on their hands after the network’s very weak performance in the six months to December.

They know that the results from their core business, the Nine free-to-air TV network, were not good and need to be shaken up, with significant cost cutting needed just to stand still. Rival Seven Network (controlled by Kerry Stokes) is far and away the most profitable media business in the country in terms of margins and the performance in the December half year. In fact, like the TV ratings at the moment, there is a massive stretch of daylight between Seven’s earnings from TV and profit margins and those at Nine.

The bottom line is that although Nine did very well in the 2015 ratings, winning key demographics, especially the 25 to 54 group, where advertising spend is the largest, the network could not convert that performance into higher revenue and earnings.

Seven West Media is chaired by Kerry Stokes. Thanks to the slump in the value of Seven shares, Stokes is a smaller billionaire in value terms. But he is also someone no politician or advertiser would ignore, especially on a phone call or presentation. Stokes knows TV and supports Seven’s management. Costello is a newbie and based in Melbourne, which still counts in the Sydney-centric Australian media world.

But Seven also gives us an EBITDA margin, but no actual figure, like Nine does. Seven said its EBITDA margin for the December, 2015 half year was 19.8%, up from 28.4%. So on a comparative basis, Seven’s TV business is 50% more profitable than Nine’s on revenue roughly comparable ($645 million against $662.9 million). — Glenn Dyer

Video of the day. Indigenous actor Bjorn Stewart shares his tips on how to do blackface. 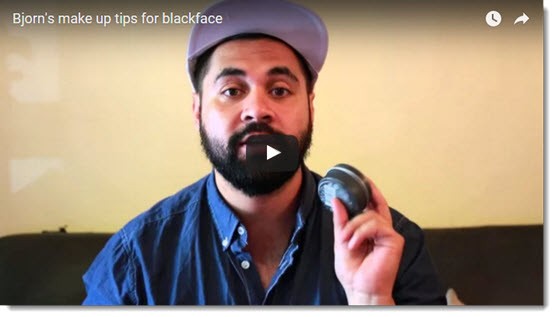 Front page of the day. The Courier-Mail delivers its usual sensitive reporting, this time on a possible Zika virus scare in Rockhampton, central Queensland. 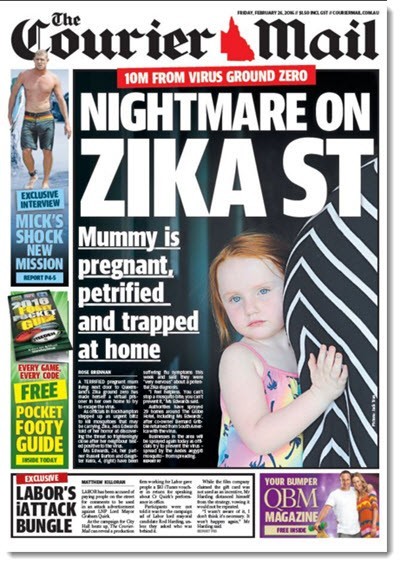 Not bad enough what this family is going through, our Curry or Maul has to make money off it?

All they need is to approach ‘progressive’ forces for a subsidy similar to what’s done with all too many ‘noble’ enterprises.

Well, this will be Costello’s chance to demonstrate that he actually can walk the talk and be a successful private enterprise executive.
He has an opportunity to dispel the widespread assessment that he is an example of the type of politician/business executive that loudly proclaims that competition is good for everyone except themselves …

Shame about Jane Gilmore being shafted yet again – it’s hard to be an uppity woman.